Why is “Hellboy” rated R? The MPAA rating has been assigned for “strong bloody violence and gore throughout, and language.” The Kids-In-Mind.com evaluation includes a couple of nude and near nude scenes with no genitals visible but partial breasts are seen and a slobbery kiss; numerous scenes of decapitation, dismemberment and other methods of killing people, demons and supernatural beings with blood gushing; and nearly 30 F-words. Read our parents’ guide below for details on sexual content, violence & strong language.”

The third installment of 2004’s Hellboy and 2008’s Hellboy II: The Golden Army, based on the graphic novels by Mike Mignola, is also a reboot for the franchise: This time the well-meaning half-demon (David Harbour) battles an evil queen (Milla Jovovich) that was killed and dismembered by King Arthur a very long time ago, but has been revived and put back together and uses her powers against humanity. Also with Mark Stanley, Brian Gleeson, Penelope Mitchell, Terry Randal and Ian McShane. Directed by Neil Marshall. A few lines of dialogue are spoken in Spanish with English subtitles. [Running Time: 2:00]

– A mostly skeletal female kisses a man, and we see a slobbering tongue and a lot of saliva on both of their mouths and a long strand between them when she pulls away from him. A woman caresses a man’s face and speaks softly to him.
► A remark is made about “strippers.” A reference is made about someone’s “perky breasts.” We are told that a woman became pregnant and we see her with a swollen abdomen (she is fully clothed).
► A topless woman is shown from the side and we see the side of her bare breast (there’s no nipple) and partial abdomen. A woman’s dress is cut deeply to reveal cleavage and part of her upper abdomen as well as legs to the upper thighs. Wrestlers in a ring wear close-fitting bodysuits (outlines of their bodies are seen with no real detail). A man is shown wearing a long coat through most of the movie, but it hangs open to reveal his bare chest and abdomen. A man is shown with a towel wrapped around his waist and we see his bare chest, abdomen and back with fur hair along the spine. A mostly skeletal female with bits of skin stretched across bones is shown wearing loose draping cloth on her body and we see deep cleavage and partial breasts (please see the Violence/Gore category for more details). A nude toddler-sized humanoid demon emerges from a deep hole and stands on a platform (no genitals or buttocks are seen).

- A man drinks from a bottle of alcohol while leaning against a grave marker and singing, a wrestling venue has a bar where people are shown drinking alcohol, people drink and smoke in a bar, a man holds an empty shot glass in his hand and appears drunk in a bar, a character carries a bottle of wine, and a man says that another man is not Hellboy's friend, just someone he drinks with.

- Evil can be hard to stop. 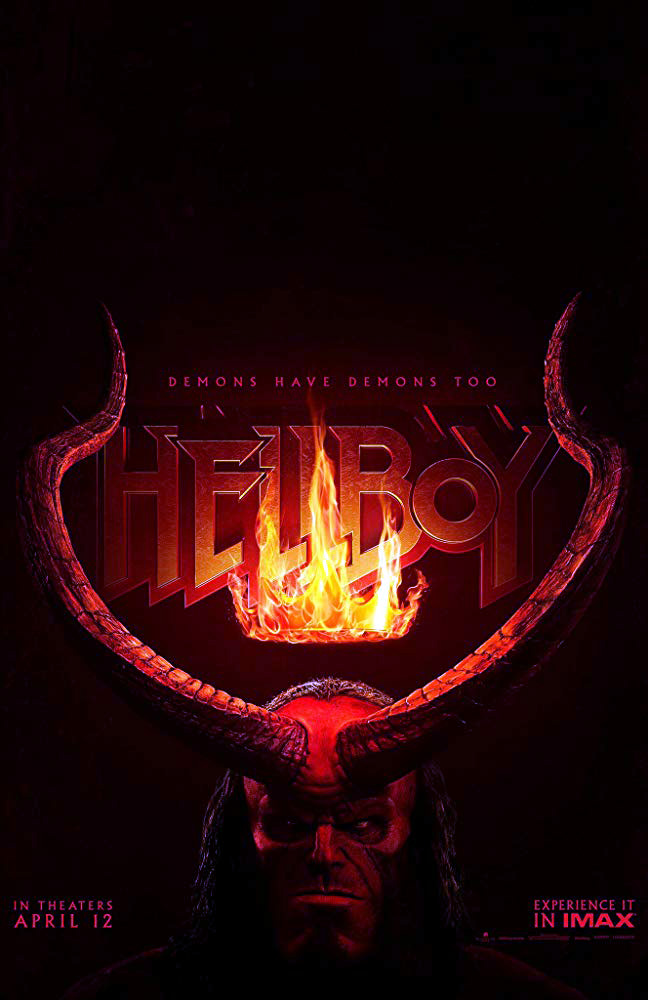