Top FBI profiler Illeana Scott (Angelina Jolie) is called in to assist in a murder case that has Canadian officials baffled. Scott has unusual techniques and a frosty demeanor that alienate the other detectives. She quickly hones in on a suspect and determines that the murderer assumes the lives and identities of his victims after killing them, but an unexpected romantic entanglement compromises her objectivity. Also with Ethan Hawke, Kiefer Sutherland, Gena Rowlands, Olivier Martinez, Tchéky Karyo and Jean-Hughes Anglade. Directed by D. J. Caruso. [1:40]

SEX/NUDITY 7 - A man opens a woman's robe revealing her bare breasts, he caresses her, they kiss, she wraps her leg around his waist and he thrusts while they stand against a wall; then she lies on a table and he continues thrusting, they moan and we see her bare breast and thigh. We see many photographs of corpses, including several of nude bodies with male genitalia exposed. A man and a woman wake up in bed together (we see his bare back and her bare shoulders). A woman sits in a bathtub (we see bare shoulders). A man is bare-chested while being wired by police officials. A woman wears a tight-fitting T-shirt that reveals the outline of her breasts, and a woman wears a blouse that reveals cleavage in a few scenes. A woman talks about having become interested in a man romantically.

VIOLENCE/GORE 8 - A young man is kicked in front of a speeding car: he flips onto the hood, crashes into the windshield, the car flips over and slams onto the road and we see the bloody remains of the driver of the car and the young man (he has blood on his face and mouth and his limbs are twisted); another young man lifts a rock over his head and strikes the wounded young man (the screen goes black and we hear a loud crunch). A man shoots a man, and a man shoots a man several times in the chest. A man hits a pregnant woman in the face, throws her on the floor and kicks her, and he approaches her with a garrote; she grabs a pair of scissors and slashes at him, cutting his hand, but he gets the scissors from her, stabs her in the belly, she then pulls the scissors out and stabs him in the chest, he falls to his knees and collapses onto the floor (blood collects on his chest). A woman walks through a dark basement, finds a room where a boy has been kept (a teddy bear hangs from a noose), she lies in the bed, someone grabs her from under the bed, they struggle, she is hit a few times and the person runs away. A man is held by the throat, he gags, gasps and knees the man holding him in the crotch, he scrambles away, loads a gun and points it at the man. A man grabs a man, shoves him through a window (shattering it), they crash to the ground, and the man runs and is chased by two law enforcement officers with guns drawn. A car chase shows two cars racing through busy streets, one ends up going the wrong way on a bridge, the other car crashes into construction equipment sending the passenger crashing through the windshield (we see a blood-covered body lying on the hood of the car) and then the car explodes. We see a dead woman surrounded with splatters and puddles of blood and a man standing over her with blood on his hands. We hear gunshots and see a man lying dead in a pool of blood. A man slaps a woman hard in the face. A woman examines a body in a morgue: We see bloody stumps at the wrists (the hands were cut off) and we see twisted flesh on the face (the person had been beaten repeatedly) and we see cuts on the ankles. We see a burned corpse (an eye and the tongue are filmy, the flesh charred and withered), and a woman opens one of the eyes. Two law enforcement officers with guns drawn enter an apartment, and as they walk through the rooms they find moldy food and filth, and a bag with a severed finger, and a body falls from an opening in the ceiling. A decomposing corpse is dug out of the ground at a construction site (the skin is discolored, the facial features are unrecognizable and the limbs dangle limp as the corpse is lifted by a digger's scoop). We see the skeletal remains of a person and a coroner discusses broken bones. We see many photographs of corpses in many scenes: Blood covered and twisted bodies, nude bodies (including male genitalia) with missing hands and mangled faces. A man's wounds are stitched and bandaged in a hospital, in a couple of scenes: one scene shows a stitched wound that has opened again and he gets an injection in the wound. A woman has blood on her face, there is blood on bed clothes around a man and a bandage on his arm is blood-soaked (stitches from a wound are open). We hear details of a murder: the victim was strangled from behind with a garrote, his hands were cut off and his face was smashed. We see crime reports and newspaper headlines of murders and about murder victims that contain some detail (a victim was "burnt to death," a victim was found "drown," etc.). A man talks about "so much blood" at a crime scene. A woman talks about her son having died in a drowning accident. A young man talks about his abusive step-father hitting him so hard that he slammed into a wall and a tooth was knocked out (he shows the space where the tooth is missing). A man is startled when another man touches his shoulder from behind. A woman talks about her son being very violent. A woman lies in a hole in the ground where a murder victim had been buried. We see a toilet with feces in a public restroom.

SUBSTANCE USE - People drink alcohol and smoke tobacco. People are shown drinking beer while driving, in one scene.

MESSAGE - It's not easy to know who to trust. 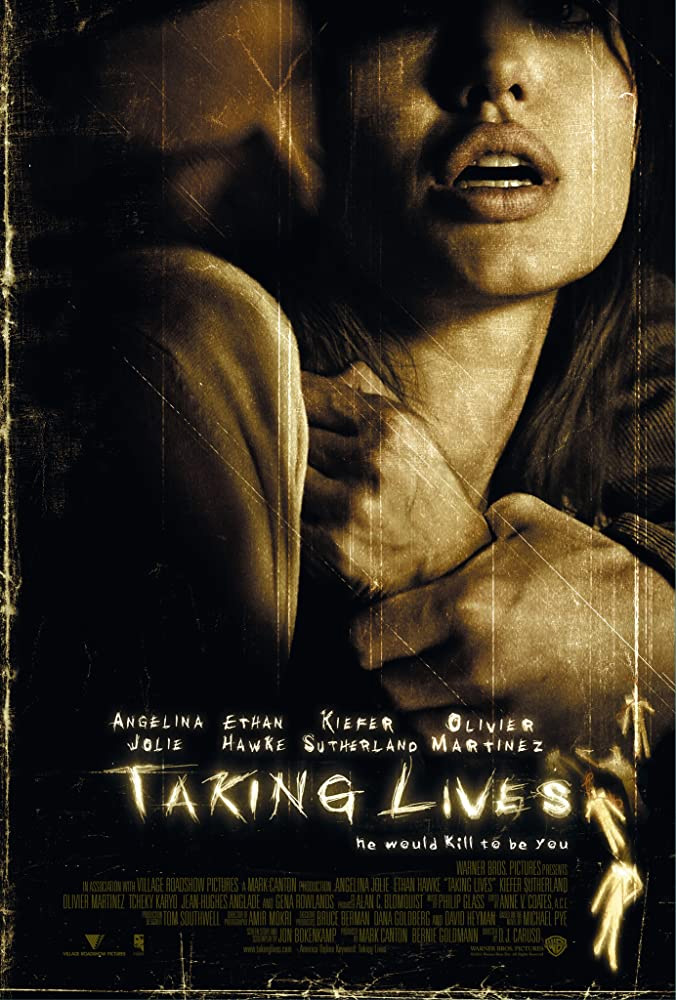