Reclusive former FBI manhunter Jeremiah Ecks (Antonio Banderas) is haunted by the mysterious death of his wife, but he's forced back into service in order to track down a renegade operative code-named Sever (Lucy Liu), who's kidnapped the son of the head of a secret government agency. Also with Ray Park, Terry Chen and Aidan Drummond. [1:31]

SEX/NUDITY 2 - A man appears to be trying too force himself on a woman in an alley (he says, "come on baby" and is pressed up against her). A man and a woman kiss, and a man and a woman hug. A woman wears a dress that reveals cleavage.

VIOLENCE/GORE 5 - A man hands another man a gun, tells him to put it to his head and pull the trigger; the man does until the last second when he turns the gun on the other man and when he pulls the trigger it fires a bullet into his forehead. We see the image of a very small robot as it works its way through a person's anatomy and injects something that then kills the person instantly (this happens twice; one time we see the robot and then a flatline on a monitor and the other time we watch the person suffer and die). A man is shot in the chest and falls to the ground (we hear that he survives but that the bullet hit very near his heart). A man is shot in the chest and falls to the ground moaning (the bullet hit his vest). A man is shot in the arm (we see a bloody hole in his coat sleeve). A woman fights many men with weapons (guns, grenade launchers, knives and sticks) and hand-to-hand: A woman is fired upon by many heavily armed men in a crowded shopping mall; she fires back with her own weapons and those that she picks up as she moves along (we see many bodies strewn in her wake and there is a lot of property damage), and she fires a grenade at a rooftop perch and the man who was posted there falls many stories and crashes onto the roof of a car. There are many, many explosions in what appears to be a train yard; many train cars are blown up into the air and many men are wounded or killed (we don't linger on them, but we do see a group of men surrounded by flames and then they writhe on the ground). A man is shoved off a platform and he appears to fall into an explosion (another man has just tossed an explosive device in his general direction). A man shoots and kills several men and a woman shoots and kills several men, and a man shoots at a woman repeatedly. A man sets off a series of explosions and one loosens a load of metal pipes, which roll on top of him and pin his leg. Two men step into a puddle, a wire is cut and plunged into the water and they are electrocuted. A man and a woman fight with many heavy, hard punches and kicks; the woman is slashed on the face with a knife (we see a bit of blood); and a man and woman fight with punches and kicks (the man is kicked in the face and falls onto the ground). A woman beats several men with sticks leaving them all unconscious. A woman punches and kicks a man and wraps her leg around his neck and cracks it (we see him later in a neck brace), then she fights two more men leaving them incapacitated. A woman punches a man and knees him in the face (we hear him yelling about his nose). A man jumps onto a speeding car, is tossed off and lands hard on the ground, shoots out a tire and the car crashes into a car parked in the street flipping the first car into the air (we see the driver, apparently uninjured, inside as it crashes down to the ground again). A man on a motorcycle slams into a parked car, he flips in the air, lands hard on the ground, then two cars come sailing over the parked car and crash on the ground behind the man. A man and woman are shot at while on a rooftop, and they run, jump and slide down a long chute to the ground. A bus is fired upon by a grenade launcher that sends it careening into traffic and then flipping on its side, and a car is fired upon by a grenade launcher and the explosion flips the car in the air. A car explodes on a street next to a car with a young boy as a passenger and a truck crashes into the side of another car. Two men threaten a man, he grabs one and tosses him over the top of a bar counter and holds the other by the throat (he sputters and coughs). A man has flashbacks to a car explosion and the man's wife was apparently killed in the blast. Another flashback shows a man being blown through the air by a car explosion and he lies on the ground with a blackened face and a bloody ear. A boy is taken from his mother's car forcibly by men. A woman rides a motorcycle through heavily trafficked streets while being chased by cars and a man rides a motorcycle through traffic while being chased. Heavily armed agents break down the door of a house and arrest a man. A group of men emerge from cars with guns drawn. We hear about a woman's child and family having been murdered and see aerial video images of a house exploding. It is suggested that a boy has a small robot in his body. A boy is kept locked in a cage by his captor.

MESSAGE - Greed and power corrupt. Family is the only thing worth fighting for. 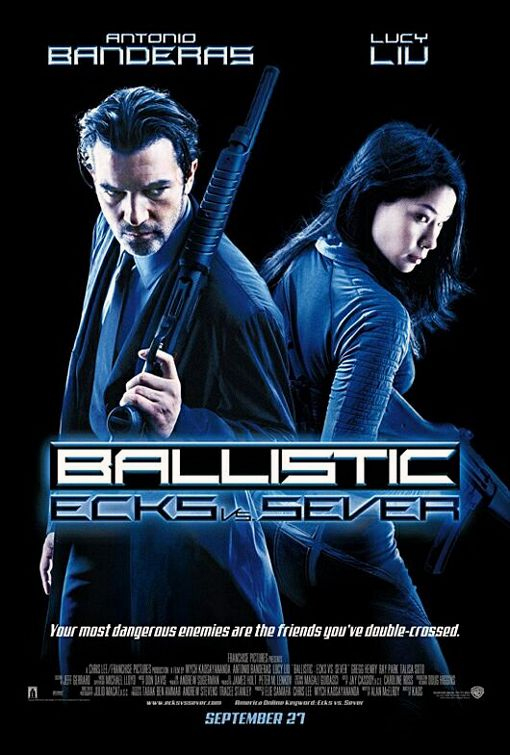