Yet another teen movie, one that ostensibly pokes fun at other teen movies. The Cinderella story revolves around the efforts of a star football player to make a geeky, unpopular artist into a prom queen. He's doing it to win a bet, but predictably he becomes romantically ensnared. With Chyler Leigh, Jaime Pressly, Deon Richmond, Eric Jungmann and Josh Jacobson. [1:30]

SEX/NUDITY 8 - A young man and woman are in bed together acting like they are having sex (they make sexual remarks) while another young man films them (one young man is bare to the waist with his boxer shorts on and the other has his pants around his ankles). A young woman kisses an older woman and we see their tongues probing each other's mouths, and we see lots of stringy saliva. A young woman takes off her robe (she's wearing a slinky teddy), climbs in bed trying to seduce a young man (who happens to be her brother), climbs on his lap and rubs herself on him. A young man and woman kiss a couple of times and a young man and woman nearly kiss, but they miss. We see a couple of nude women exposing their bare breasts and buttocks several times. A locker room scene shows young women with bare breasts and panties and a young man wearing a jock strap exposing his buttocks, and another locker room scene shows young women in their bras and panties. We see the bare buttocks of a young woman pressed against a window as she has sex (we don't see the act itself but hear her remarks). An animated bird perches on a young woman's bare breast. A young man is nude, with whipped cream and cherries on his chest, whipped cream on his private parts and whipped cream and a banana sticking out of his buttocks; he asks a young woman if she's hungry. Young men and women dance suggestively and a young woman kisses her brother passionately while they dance. Cheerleaders dance suggestively on a football field. A father suggests that his son needs a "rebound girl" and offers the young man's mother. A young woman talks to a young man about having anal sex with numerous partners. A young woman is shown in bed, she pulls a vibrator out of a sock, turns it on, puts it under the covers (presumably at her crotch), acts as if she's stimulated, and a parade of people come into the room (her priest, her father, her grandparents, some orphan children, her dog). Many young women are shown wearing cleavage revealing tops and hiphuggers which show bare abdomens. A young woman struts down a hallway in a short skirt, and a midriff and cleavage revealing shirt. Young women are shown in cheerleading outfits with short skirts and tight fitting tops. A man is repeatedly shown in his underwear (boxer shorts and a tank T-shirt). Three young men climb into an air vent in order to watch a young woman use the toilet. There is sexual innuendo: A young woman repeatedly refers to wanting to have sex with her brother, a young woman asks an older woman if she has ever performed oral sex on a woman, a man holds two pies over his crotch and talks about having a "three-way," a young man encourages his older sister to have sex saying that he can't until she does, as a young man walks down a hallway he is pelted with panties and a jock strap, young men talk about a bet to see who will have sex first, there's a hot dog stand in a school cafeteria with a sign which reads: "hot dogs for practicing oral sex," a reference to looking for sex, a reference to oral sex, a young woman talks about her mother having been a prostitute, and there are several references to masturbation. Young men admire a young woman as she comes down some stairs. Football players have sexual terms on the backs of their jerseys.

VIOLENCE/GORE 6 - A young man is tackled in a football game and he's torn in half; we see the two halves wriggling on the ground with bloody tissue coming out of them (we see this scene twice). A truck is driven into a cheerleader who flips through the air and lands in the back of the truck. Two young men run through traffic dodging cars and one is hit by a bike; he is later hit by a bus and we see him bruised and bloody and hear his leg break as he puts pressure on it to stand. A football player bleeds from the ears and there are references to his having had numerous concussions. There are many hard tackles during football games. A man bends a young man backwards over his knee and he falls to the ground moaning. A young woman falls through a staircase into a basement and a table and lamp fall on top of her; we hear her say she's ok. A young man punches an already injured young man several times. A young man punches another young man in the face and he punches him back four times (we see some blood coming from the nose of one of the young men). Three young men climb into an air vent, fall through it landing on a young woman in a bathroom (she's using the toilet and we hear her urinating and passing gas) which knocks them all through the floor landing in a classroom and the toilet sprays the room with feces. A young woman is chased by two police officers, tackled to the ground and tasered. A young man is hit in the face with a locker door, a young man is hit in the head with a football and knocked off a stretcher and a young woman is hit in the head with a football and knocked to the floor. A young woman throws a book at a young man. A young woman jumps from a roof into a swimming pool. A football coach yells abusively at the players. Two men spit repeatedly, and a pig urinates.

SUBSTANCE USE - A man is shown drunk many times.

(Note: There are several stereotypical references to a young man being "the token black guy.") 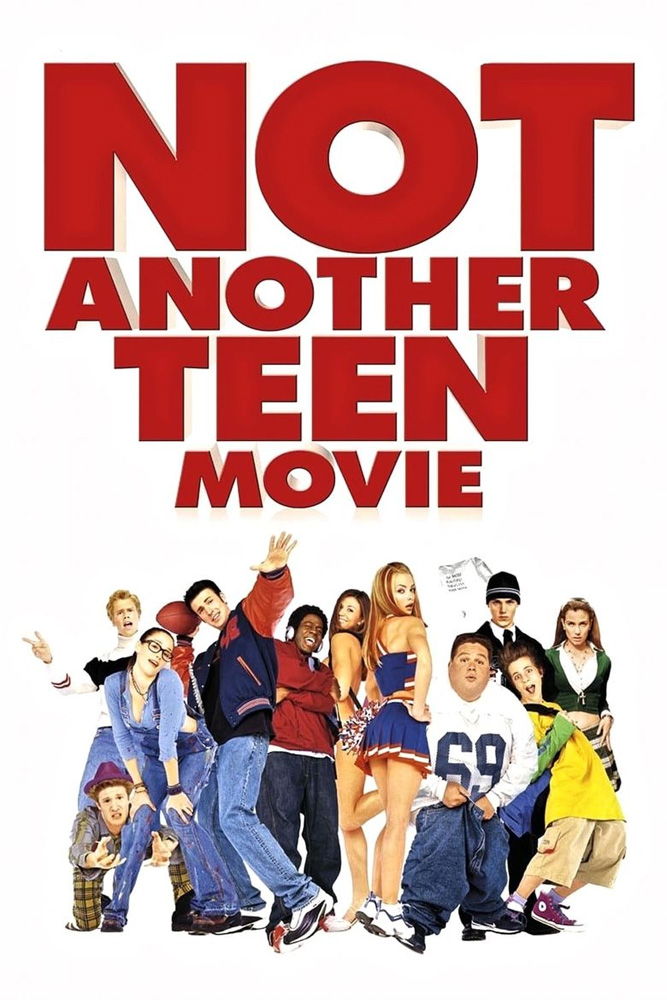