In this sequel Chev Chelios (Jason Statham) survived his fall from a helicopter only to have his heart harvested and transplanted into a crime syndicate boss. With an artificial heart running on a battery, he must repeatedly charge it with any available electrical current while he tries to retrieve his own heart. Also with Amy Smart, Clifton Collins Jr., Efren Ramirez, Bai Ling, David Carradine, Reno Wilson and Dwight Yoakam. Directed by Mark Neveldine and Brian Taylor. [1:36]

SEX/NUDITY 10 - In an extended scene, a man and a woman have sex at a horse race track, with a crowd of people watching and cheering them on: the man and the woman thrust in numerous positions, the woman is seen with bare breasts and bare buttocks and the man is shown with bare buttocks (their pubic regions and point of contact are diffused); when a horse leaps over the woman we clearly see its genitals.
► A topless woman is shot and we see her bare breasts oozes bloodied silicone gel and deflate. We see an exotic dance club in a few scenes with many topless women (bare breasts and buttocks are visible) dancing suggestively while men watch; a few men touch the women and give them money. We see several topless women around a swimming pool wearing thongs that reveal bare buttocks and one woman's pubic region is shown. Several women in various stages of undress leave a house (we see bare breasts, buttocks, abdomens and buttocks) and it is implied that the women are prostitutes. A scantily clad woman at a club has pasties on her nipples.
► A man pulls another man's pants down, dips the barrel of a shotgun in tar, and shoves it in his rectum (we hear crunching and the man moans in pain); the man keeps pushing the shotgun, while asking questions. When armed police officers tell a woman to spread her legs, she spreads them very far apart and she is wearing a very short dress (we see her bare legs almost to the hip).
► A topless woman straddles a man and massages him. A man rubs an ice cube on a woman's bare buttocks, then squeezes and slaps them (she is wearing a thong). A woman jumps on a man's back and kisses his neck, tries to kiss him on the mouth repeatedly and chases after him trying to convince him to have sex with her (he declines the invitation using a crude remark). A woman straddles a man and thrusts against him to create friction (they are both clothed but her short dress reveals thigh and cleavage).
► Scantily clad prostitutes walk along a street (we see cleavage, bare legs and abdomens) as a man drives next to them making suggestive remarks and then invites one of the women into his car.
► In a gay club we see many men dressed in leather and one man wearing a dog collar and held on a leash by another man, and he is whipped on the back (behaving as if he is a dog). A woman repeatedly caresses another woman's bare thighs and kisses her bare shoulder.
► Two men talk about the number of organs that could be harvested from a man, they look at a diagram and one makes a circle around a line drawing of male genitals. A man pulls another man's pants down (we see his bare buttocks). A woman lifts a sheet off a semi-unconscious man in a hospital bed, she looks at his crotch area and remarks about the size of his endowment, and reaches under the sheet. A man is shown wearing only jockey underwear that appears to be soiled. A man sits on a toilet (we see his bare thighs). We see a ferret licking its own testicles and we focus on the testicles.
► A man rubs against an elderly woman, she protests and hits him with her purse. A man rubs against another man's arm trying to create friction (the man pulls away and protests). A man and a woman kiss passionately in a few scenes. A man watches a yoga video that focuses on a woman's clothed buttocks and crotch.
► A therapist is advising and inviting her patient to have sex in increasingly crude terms. Many men and women who are apparently adult film actors protest over wages and make sexual threats to people trying to cross their picket line. A man makes a sexual gesture using his hand and mouth. An elderly woman describes how a man "put his filthy hands over every part of me" and then continues, becoming more crude. A man says that another man has "the gay condition." People talk about a man's lewd and lurid behavior.

SUBSTANCE USE - A man drinks alcohol in a few scenes. Men smoke cigarettes in several scenes.

MESSAGE - The will to survive can be almost unstoppable. 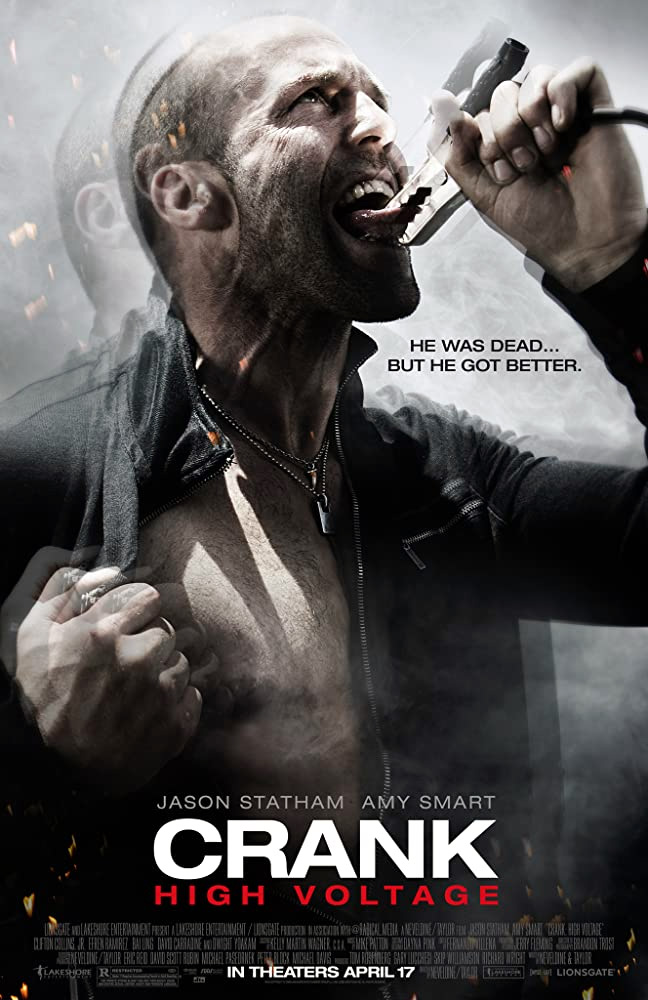