SEX/NUDITY 1 - A little mild sexual innuendo. We see a clothed man and woman sleeping close together. During one scene we see many men in loincloths.

VIOLENCE/GORE 9 - In several battle scenes between regular men and beast-men (wearing what looks like bear pelts and claws), we see lots and lots of people sliced with knives, impaled with knives and arrows through the chest and head, pierced all over with arrows; they get knocked from their horses, thrown to the ground and get their necks snapped. We hear lots of slicing sounds and see lots and lots of blood on wounds, faces and clothing; also, a beast-man rips another's head off (we see blood squirt from the man's neck and see the beast-man carrying the very bloody head); we also see a beast-man's claw chopped off. During one-on-one sword fights, a man's chest is slashed (we see a huge, non-bloody gash on his chest) and a man is beheaded (we don't see the actual beheading, but we see blood splatter on by-standers' faces and briefly see part of the head lying on the ground). We see a woman with a snake coiled around her neck; she fights with a man, who eventually beheads her (we see her head fall to the floor). A man is shot in the head with an arrow and another is stabbed in the side of his face. We see lots of blood on the floor of a house, then see some bloody corpses with bloody chunks taken out of their bodies (one of the corpses is hanging upside down from the rafters and another's very bloody arm falls off when a man touches the blanket covering it). We see a corpse being carried to a ship; also, we see a ship, containing a corpse, set on fire. We see hundreds of skulls and bones in a room and some heads and skulls attached to a fence. Several horses run into sharpened stakes; we hear the impact and see them fall to the ground. We see a young boy with mud and bloody cuts all over his body. A man lunges for another, a man throws mud on another's back several times, a man falls into a moat and a man falls off his horse and into some mud. Men drink water from a bowl and spit it back in; after they do so, a man washes his face with the water and blows his nose into it before passing the bowl to another person. A woman rubs what she says is cow urine on a man's bloody facial cuts. Torches are thrown at a village and most of its buildings burn to the ground.

LANGUAGE 2 - A few mild obscenities and an insult.

MESSAGE - You can beat the most terrifying foes when you fight intelligently; don't let fear paralyze you, and believe in your abilities. 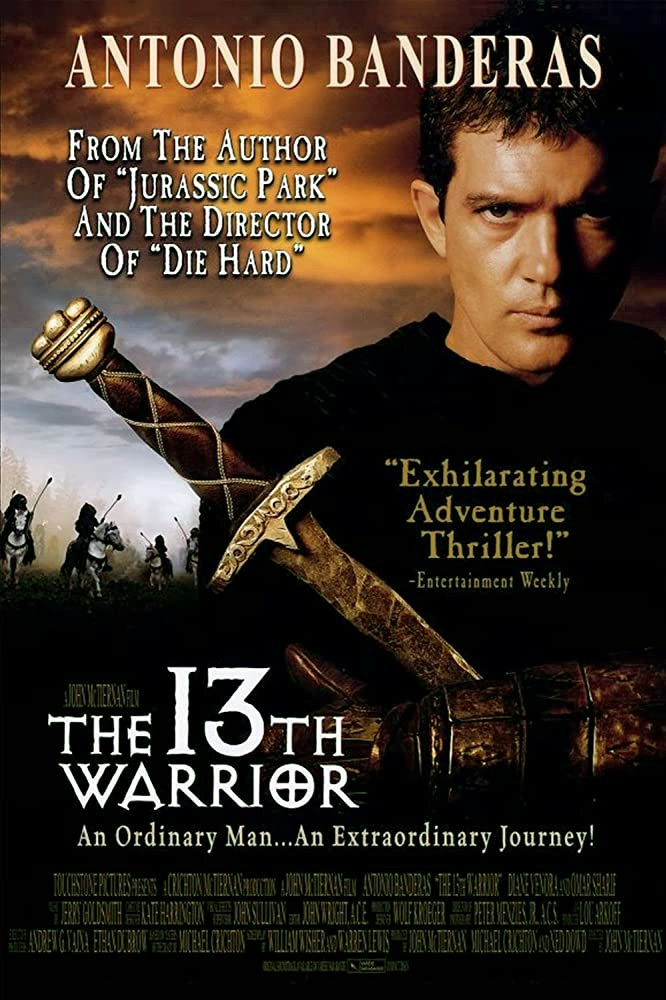