Why is “Siberia” rated R? The MPAA rating has been assigned for “strong sexual content, nudity/graphic nudity, some disturbing violence, and bloody images.” The Kids-In-Mind.com evaluation includes several sex scenes with full female and partial male nudity, full male nudity in a violent scene, a bear attack leaving bloody wounds, many men shot and killed with blood shown, a wounded and presumably dying woman with a lot of blood shown, and at least 1 F-word and other language. Read our parents’ guide below for details on sexual content, violence & strong language. A man (Willem Dafoe) tending a snowbound, isolated bar seems to be hallucinating, with disjointed, often violent visions, seeing people and places from his childhood and recent past. Also with Dounia Sichov, Simon McBurney, Cristina Chiriac, Daniel Giménez Cacho, Fabio Pagano, Anna Ferrara, Phil Neilson and Laurent Arnatsiaq. Directed by Abel Ferrara. Several lines of dialogue are spoken in various languages without translation. [Running Time: 1:32]

– An extended scene shows a man and a woman hugging and he leans over to kiss her and when he stands back up we see that he is kissing another woman; he removes her dress and kisses her bare breasts, he is then shown kissing yet another woman and having sex with another woman (we see each woman’s bare breasts, abdomens, backs, buttocks and the pubic regions of a couple of women are seen and one woman is seen from the waist up as she thrusts on top of the man). A woman opens her coat to reveal her bare breasts and her swollen abdomen; a man watches, gets on his knees and kisses and hugs her pregnant abdomen, he touches her breasts and they go to another room where they lie together kissing and caressing each other and the woman moans (sex is implied).
► A woman lies wheezing on the ground in a cave and we see her fully nude (her bare breast, abdomen, pubic area and legs are shown) and soaked with blood (her intestines also seem evident, outside her body); a man lies behind her and holds her as she continues to wheeze.
► A nude man lies back and he speaks to his mother wearing a nightdress as she leans over him and lies on top of him. Fully nude men are shown before being shot (please see the Violence/Gore category for more details) and we see their bare chest, abdomens, genitals, backs and buttocks. A fully nude woman is shown in a wheelchair and we see her bare breasts, abdomen, legs and partial pubic region. A fully nude woman dances and spins around in a cave (we see her bare breasts, abdomen, back, buttocks, pubic region and legs). A fully nude man is shown with an abdominal wound and we see his bare chest, abdomen, legs as he holds his hands over his lower abdomen and crotch area. A man’s shirt lifts and we see large scratch marks on his back. A man is shown wearing long underwear and a tank T-shirt as he talks to his adult son and has shaving cream on his face.

– A man passes outside what appears to be a prison camp or death camp, where fully nude men are pushed to their knees and shot one-by-one (we see blood spurt with each shot and a boy sees what’s happening and runs away only to be gunned down by a man with a machine gun (off-screen; we do not see the boy being struck). A man is attacked by a bear and we see blood on his face as he flails and screams and the bear’s teeth are shown as it roars and bites him. A man walks into what looks like an abandoned prison camp and sees several teens kicking a trunk and breaking beer bottles on it while yelling; the trunk is opened and we see a young boy inside (his glasses have been broken).
► A woman lies wheezing on the ground in a cave and we see her fully nude and soaked with blood; a large amount of blood is seen between her legs and there appear wounds on her abdomen that we see in close-up (her intestines also seem evident, outside her body). A man in a cave sees a person hanging in the distance; a fully nude woman in a wheelchair moves toward him out of the shadows, another fully nude woman moves in the distance, and several other people move toward him and make comments about death and we hear lines like, “Teach me how to die”; one woman drags an IV stand, one fully nude man is shown with an abdominal wound and we see a lot of blood. A man enters a room where he sees a doctor performing surgery on someone on a medical table; we see blood on the clothes and gloves of the surgeon and staff and the drape over the body. A woman shoves a man back against the floor by the throat after having sex with him (he gasps) and she scratches his face as she gets up (we see a bloody scratch).
► A man hears noises in a cellar and when he investigates he falls down a sheer rock wall, he hits the ground below (seemingly unharmed), he walks through a cave to a pool of water with eels swimming in it and a glowing orb in the distance as he talks to another man that seems to also be him. A man trudges through a desert setting to a shelter where people chant inside and we see other people with infirmities; one person seems to have a fever, a woman appears to be blind and another person has malformed feet. A man sees his father walking toward him and he says, “Remember what the doctor said? The doctor said you’re dead.” A man trudges through a blizzard wearing heavy animal pelts to get to an isolated bar. A man hooks up sled dogs and they pull him on a sled a great distance through snow. A man finds his dog shelter and cabin destroyed.
► A man’s voice-over talks about being a child and having to run to the bathroom outside while being chased by sled dogs that would nip at his heels and scratch and growl at the outhouse door scaring him. A man talks about piles of dry bones being stacked in a shelter. A man talks about fishing in northern Canada with his father. A man accuses another man of being a burden on his father. A man says that the calls of the loons sound like a woman being strangled. A man asks another man about the black arts and wanting to learn from him. A man and woman argue and she tells him that she is so angry and that she tried to find a gun (either to kill the man or herself); she tells him, “You destroyed my life.” A man imagines a fish talking.
► A man’s shirt lifts and we see large scratch marks on his back. We see the surface of the sun bubbling and boiling.
► A man guts a fish and we see blood and organs as he slits up the abdomen. A man takes dogs food that they eat outside in an enclosure. We hear dogs barking outside and a man says, “They’re hungry.”

– A man in a bar orders a glass of rum, a man pours shots of vodka for two women and himself and they all drink and one woman and the man drink another shot each, a man drinks bottles of beer in a bar, a man is called an alcoholic, teen boys and girls drink beers and smoke cigarettes, and a man smokes a cigarette and drinks a glass of liquor outside a bar. Two men smoke cigarettes.

– Even movies lacking the slightest essence of a cohesive narrative will be produced, filmed and distributed. 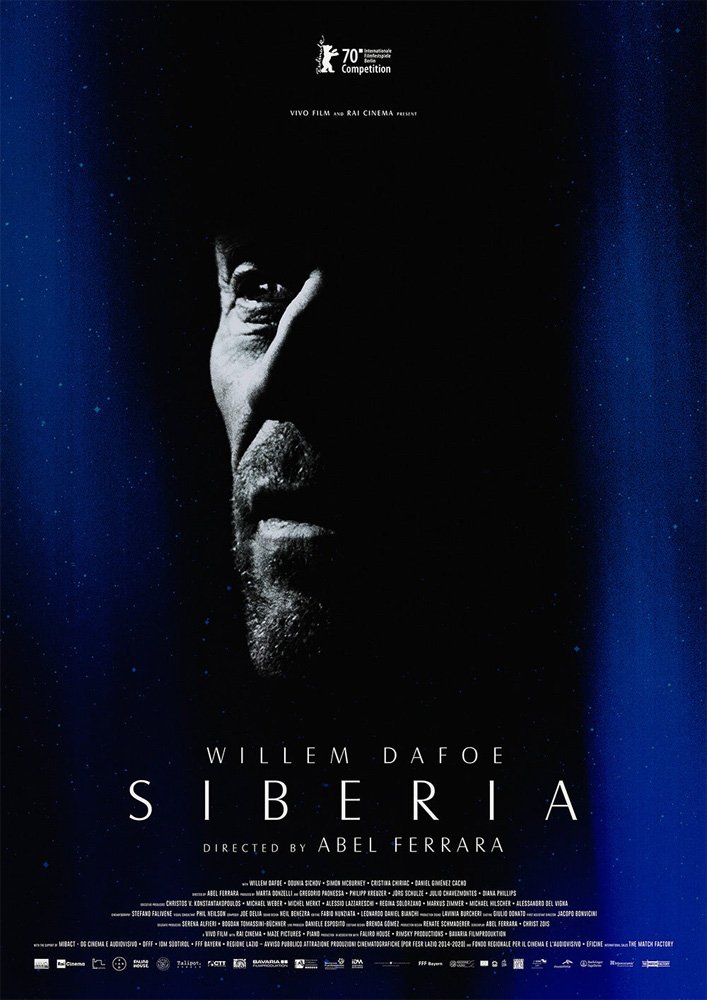