An idealistic lawyer (Denzel Washington) learns that his law partner died in debt and their firm must be liquidated. Joining an affluent firm under one of the deceased's former students (Colin Farrell), he alienates wealthy partners, but befriends a social justice advocate (Carmen Ejogo) and learns that he can still do the right thing. Also with Lynda Gravatt, Amanda Warren, Lynn Jackson, Fritz Molinar, Connor Novick and Jessie Salinas. Directed by Dan Gilroy. [2:09]

SEX/NUDITY 1 - A woman kisses a man on the cheek. A man kisses a woman on the lips quickly to say goodbye. A woman hugs a man briefly.
► A few women wear V-necked blouses and dresses that reveal cleavage in a couple of scenes. We see a portrait of a fighter wearing only boxing shorts and shoes (bare chest, abdomen and shoulders are seen). A man wears loose knee-length shorts in two scenes.

VIOLENCE/GORE 4 - A car races through a street, makes a U-turn, and stops to let out a hit man; the hit man chases another man with a briefcase around a corner and we hear a loud shot off-screen and see a third man run around the corner to find an unattended briefcase, suggesting the second man died.
► A man and a woman find another man lying face down on a sidewalk with a cane next to him and no pulse evident when two police officers arrive and argue with the first man and the woman until the "dead" man gets up and hobbles away with his cane.
► A man driving a U-Haul truck slams on brakes to keep from hitting a semi-truck; he is later chased by a sports car and runs off the road onto a soft shoulder where he exits the truck and runs a few yards, and then two teen boys get out of the car, call out to him to see that he is alright, and drive away. A man is nearly struck by a car that squeals to a halt and honks. A man runs through traffic, dodging cars.
► A man stops another man on a flight of steps to a building, demands money and receives none, beats up the second man, scratches his glasses, knocks him down and runs away; the second man has a few bruises and sweat on his face, but is not seriously injured.
► A male prisoner threatens a lawyer with murder by someone outside the prison and the lawyer quickly leaves, breathing heavily and trembling; the lawyer quits work the next night and tells a man that he is going to turn himself in for accepting a reward for privileged information. A man argues with a harsh judge who bangs his gavel loudly. A man argues with a woman, and argues with a man in another scene. A man speaks to a group of young adults who shout at him and he walks out angrily. During a dinner, a woman cries briefly and wipes away tears.
► We hear that a man confronted a convenience store clerk, shooting and killing him. In a later scene, a man tells another man that a suspect in a case was stabbed and killed in prison. We hear that a man had a heart attack and fell into a vegetative state and we see him only from below the waist to his feet in the outline of his legs and feet under a blanket in a hospital bed; we later hear that he died and see a brief graveside funeral where a woman becomes tearful. A man's boss shouts at him a few times, but later apologizes. A man says that he was born with forceps used around his head. A man tells a woman, "The real enemies aren't on the outside, they're within."
► A man exhibits repetitive behaviors of wearing the same outfit daily, walking in a certain pattern to move from the sidewalk to the steps of his apartment building, eating only peanut butter and honey on toast and taking bites in only a specific pattern, reciting memorized laws, insulting people, and keeping his small apartment filled with hundreds of books and vinyl albums.
► We see a homeless camp of dirty tents and debris on a sidewalk near an abandoned building.

SUBSTANCE USE - A man mentions that a criminal was tried on three counts of cocaine possession. A man and a woman in a restaurant hold glasses of wine, a woman in a restaurant holds a short drink of some sort, two men at a basketball game hold cups of beer and a man behind them holds a beer bottle, and men and women in a bar sit at the bar with short drinks in front of them. 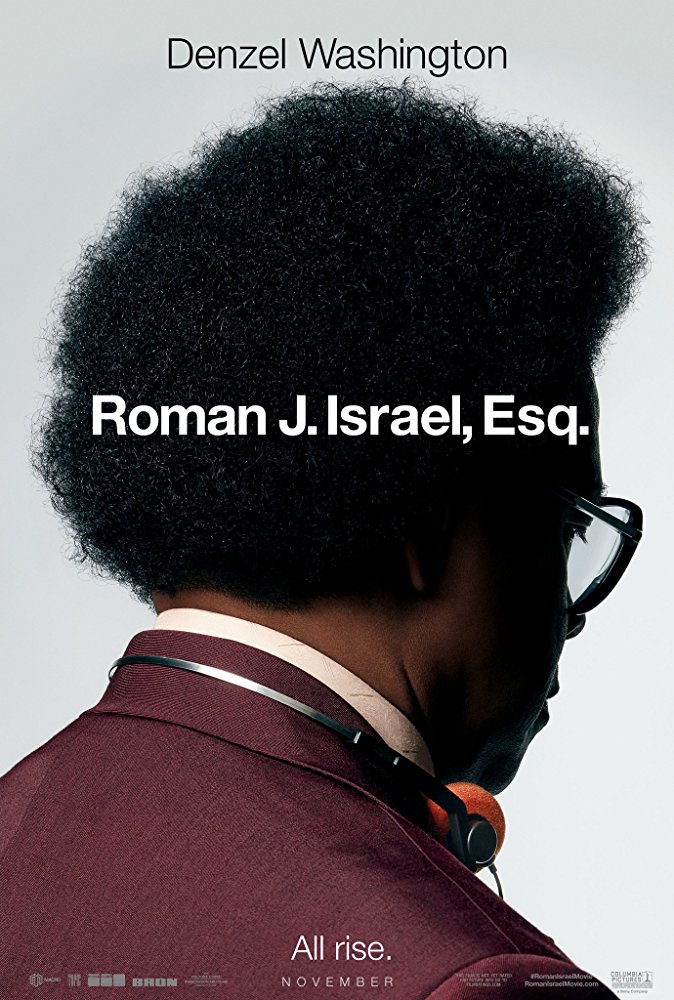