The eighth film in the notorious horror film series about Michael Myers, an escaped psychiatric patient turned serial killer. This time teens win a contest to spend a night in Myers' childhood home; their experience is to be broadcast live on the web while viewers communicate with them by e-mail. What they don't know is that Myers is also in the house. Jamie Lee Curtis, who screamed her way from the 1978 original through two sequels, makes a token appearance. Also with Busta Rhymes, Tyra Banks, Bianca Kajlich and Sean Patrick Thomas. [1:25]

VIOLENCE/GORE 9 - A young man fights with a man hitting him with a rolling pin and swinging knives at him; the young man is stabbed through the chest and onto a door, from where he hangs (we see blood drip from the tip of the knife on the other side of the door). A young woman is slowly impaled by being pushed against a metal rod (we see the rod protruding from her abdomen). A young woman's head is lopped off and it rolls down stairs landing at the feet of three people. A young man is grabbed by the head and squeezed (we hear his skull cracking and popping and see his eyes starting to bleed). A young man is grabbed, pulled through a hole in a wall and stabbed in the head. A young man is stabbed through the neck with the pointed leg of a tripod (when the weapon is pulled out of his neck, he slumps to the floor, we see blood gushing from his neck and onto his hands and we see his legs twitching). A man is stabbed twice in the shoulder or chest (we see bloody slashes). Two security guards go to a dismal and dark basement to check on a patient; one is decapitated (we hear him scream) and we see his bloody head in a washing machine, the other trips over the man's body and backs into the killer who slashes his throat with a large knife. A flashback scene shows a woman decapitating a man by hitting him with a shovel (we see the severed head rolling on the ground), and several people being stabbed and/or slashed on the throat (we see blood on the resulting wounds). A young woman runs into a room where she slips on a large puddle of blood and when she looks up, she sees a dead young woman dangling from the ceiling. Two men fight: One man kicks and punches the other man, a young woman wraps a cord around the neck of one man and the other man kicks him through a window where he dangles by the neck and we see his legs twitch and he goes limp. A man hits another man with a shovel which breaks, the first man is shoved into a wall, the other man raises a knife over him and the man on the ground shoves a live electrical cable into his crotch (the man is jolted, sparks fly, he stumbles back into a bunch of other wires and cables, the puddle he's standing in is zapped with electricity and we see him surrounded by flames). A man dangles by a rope tied around his ankle over the side of a building; he grabs a woman by the hand, the rope breaks, they both fall, the man grabs onto the ledge, the woman is pulled over the ledge, lands on the knife he is holding (she is stabbed through the stomach) and falls to the ground below. A man pulls a mask off the face of a decapitated head. A young woman pulls down an attic door and finds a blood-covered young man with his throat slit, and several other bodies are discovered through the course of the movie. A man chases a young woman, she climbs out a window, the man crashes his head through the window and slashes with a knife at her, she climbs onto the roof and through another window where she discovers the body of a young man with a bloody neck wound. A young woman attacks a man with a chainsaw and cuts him a few times. A young woman is chased by a man who slashes her leg with a knife and she kicks him in the head. A young woman finds a room that has dead rats with bloody intestines lying around and a doll with nails in its eyes, and when she touches one of the rats it quivers and squeals and the young woman screams and runs. A body bag is unzipped and we see a badly burned body. A man crashes through a door and holds a knife over a bed where he thinks a woman is sleeping, but the woman hits the man over the head with a lamp and runs away. A young woman is grabbed from behind and the assailant is hit on the head by a young man. A wall breaks and many skeletons fall out onto a young man and woman (they turn out to be fake). A roomful of young men and women watch murders taking place on a live webcast. There's an explosion and a fire and a young woman is trapped in the room under heavy equipment. An asylum patient likes to dress up like serial killers and recites the résumé of each. A light falls behind a woman and she jumps and screams. A woman in an asylum appears to be in a catatonic state. It is suggested that a child suffered from physical and mental abuse. There are references to Hitler and the origins of Evil. Young women are startled, jump and scream in several scenes.

SUBSTANCE USE - People drink alcohol, a man tries to light a cigarette and a young man and woman smoke a pipe with a drug in it.

MESSAGE - We must all face our dark side. 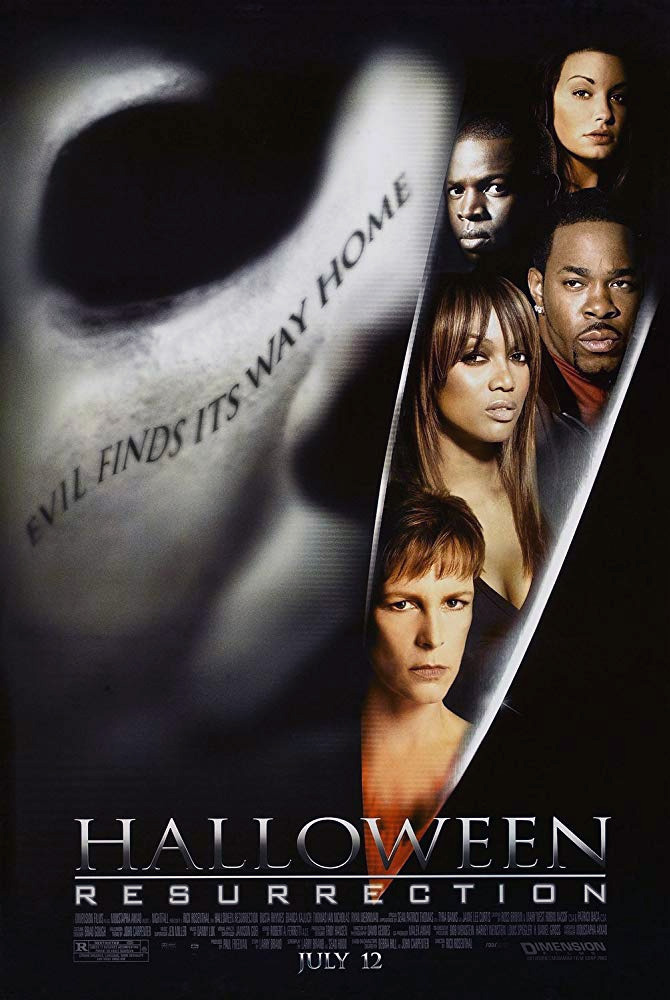