When a westerner (Christian Bale) takes refuge in a Catholic church during the 1937 Nanking Massacre (also known as the Rape of Nanking), he finds himself responsible for the safety of a group of schoolgirls and several prostitutes, as he tries to lead them to safety and away from the invading Japanese army. Also with Ni Ni, Xinyi Zhang, Tong Dawel and Paul Schneider. Directed by Yimou Zhang. In Mandarin and English, with English subtitles. [2:26]

SEX/NUDITY 6 - A man enters a room and we see a woman's wrist tied to a chair: the man mounts the woman, we hear him moaning sexually and see him thrusting on top of her as he rapes her (no nudity is visible); the woman bites his ear and he pulls away (please see the Violence/Gore category for more details).
► A man and a woman kiss, the woman makes a sexual remark and moments later we see them kissing passionately with the woman on top (we hear a brief sexual moan) and it is implied that they are having sex (no nudity is visible).
► As a woman's cries are heard, several men are seen in stages of partial undress (two men are shirtless and one man appears to be wearing a loose sheet as underwear) while they have a sexually suggestive conversation about the unseen crying woman and one man remarking that he is "always last" (it is implied that the men had all raped the woman). Several soldiers chase schoolgirls, rip at their clothing, try to force themselves on top of them, and one soldier is about to rape one of the girls (we see him rip her outer dress and she is shown wearing long-john style underwear) when a bullet hits him in the back (please see the Violence/Gore category for more details).
► A man implies to a woman that he is going to pay her for sex and he motions to a bed; the woman turns him down, but then offers that she and several other women would "thank him" (implying with sex) if the man were to help them escape.
► A man tries to kiss a woman, he pushes himself on her, the woman pulls away and a soldier punches the man in the face, knocking him to the ground. A man kisses a woman's hand.
► Several women are seen topless; their bare backs are visible (we do not see bare breasts) as they wrap cloth around their breasts to bind them close to their chests while schoolgirls watch.
► A woman tells a man that she had been raped by her stepfather at the age of 13, that she began working as a prostitute immediately after and had "countless partners." Several women tease a woman, saying that she has a crush on a boy and the woman shouts playfully at the women saying that the boy does not even have pubic hair. Throughout the movie women have sexually suggestive conversations implying that they are prostitutes. Several schoolgirls accuse a group of women of being prostitutes. A girl accuses a young woman of being "filthy." Several women discuss living in a brothel. A woman shouts at a teen boy that she had "serviced" a man for free the previous week. A man whistles at several women, and the women discuss how the man is "flirting." A woman teases a man in front of other women and schoolgirls, saying that men with beards are "the horniest." A woman teases a man, saying that a schoolgirl had a crush on him and became angry when she saw the man with a woman. A man jokingly tells a group of girls to imagine people on the toilet with their pants around their ankles.

DISCUSSION TOPICS - The Massacre at Nanking, the Rape of Nanking, prostitution, change of character, sacrifice, loss of a family member, deception, the horrors of war, rape, regret.

MESSAGE - The massacre and mass rape of Chinese civilians in Nanking province by the Japanese army is a deeply disturbing topic and must not be forgotten. Giving up your life for someone else is the greatest sacrifice. 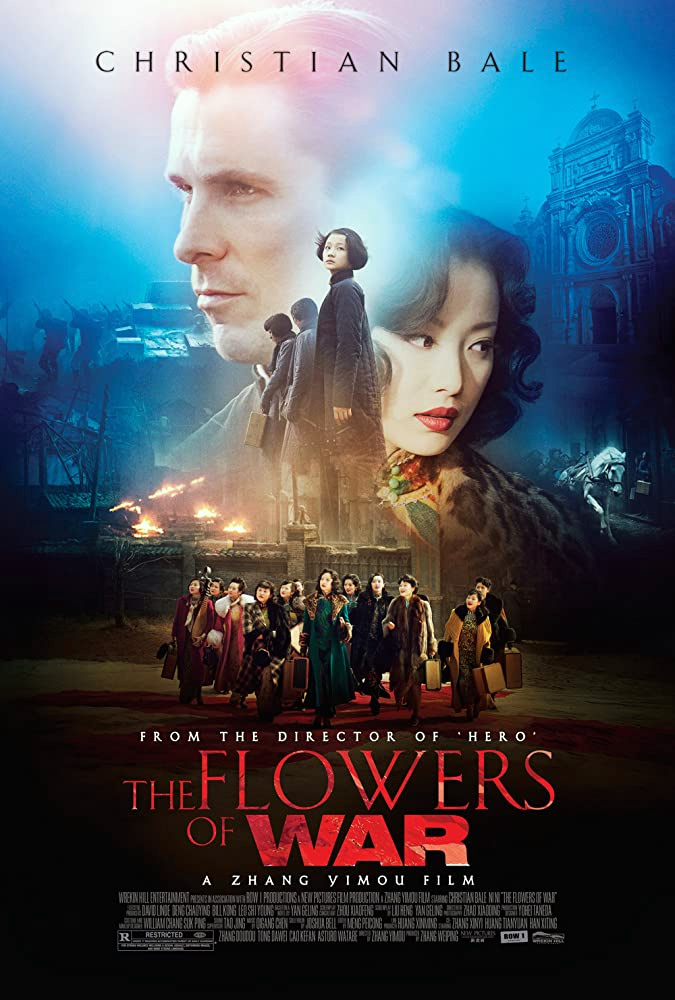