A couple (Brad Pitt and Angelina Jolie Pitt) with a strained relationship from past difficulties travels to a seaside village where the husband hopes to be inspired to write. However, doing little more than drinking the days and nights away, their attentions shift to a young couple that has arrived for their honeymoon. Also with Mélanie Laurent, Melvil Poupaud, Niels Arestrup and Richard Bohringer. Directed by Angelina Jolie Pitt. Some dialogue is in French with English subtitles. [2:12]

SEX/NUDITY 8 - A woman discovers a hole drilled in the wall of her hotel room and peers through it in several scenes: We hear rhythmic moaning coming from a hotel room next door and a woman hearing the sounds looks alarmed and seems to flash back to something (not clear what she is seeing), a man looks through the hole in the wall and sees a woman climb on her husband's lap (we see the woman's bare buttocks) and sex is implied, we hear a conversation between a husband and his wife about what position they have sex in and whether or not she is pregnant, and a woman watches a husband climb on top of his wife in bed, remove her panties (we see her bare hip and thighs and their bare buttocks), and pull down his pants and thrust between her legs (we hear moaning); a woman watches the couple next door and we see the woman's bare buttocks and breasts as the man caresses her abdomen and breasts and they have sex; a husband and his wife watch a couple through a hole in the wall having sex and we see thrusting and hear moaning (we see the man fully nude from the back when he gets out of bed); a husband and his wife watch another couple having sex and we see the woman's bare abdomen, pubic region and legs as the man thrusts from behind her (we see his bare abdomen and arm); a husband and his wife watch a couple after returning to their room and the woman is drunk and refuses the man's sexual advances before falling asleep.
► A husband describes what he sees a couple doing through a hole in their hotel room wall to his wife who is in a bathtub in the next room, he goes into the bathroom and caresses his wife's chest and breasts as she moans and he climbs into the tub with her as they kiss and he thrusts on top of her. A husband sees his wife in another man's hotel room; the man unties the woman's blouse and we see her cleavage and bra as the man caresses her chest and breasts (please see the Violence/Gore category for more details).
► A husband and his wife hold each other in the shower (we see part of their backs). A wife disrobes and we see her in the shower (we see her bare breasts) and she crosses her arms over her breasts when her husband opens the curtain and tries to join her in the shower; she refuses him and gets out of the shower wrapping herself in a towel. A husband falls into bed after vomiting (please see the Violence/Gore category for more details) and forces a kiss on his wife; she protests and pushes him away. A husband kisses his wife's bare shoulder. A husband kisses his wife on the cheek.
► A woman is shown in a bathtub and we see her breasts. A woman sunbathes topless and we see her bare back. A woman looks through a hole in the wall of her hotel room and sees a man and a woman in the next room undressing; they are both shown wearing only underwear and her bare breasts are seen. Several women are shown topless sunbathing on a beach and walking along the beach while others reveal cleavage. A woman peers through a hole in her hotel room wall and sees a man and a woman lying in bed together in the next room (we see the woman's bare legs to the upper thighs. A woman wears deeply cut nightgowns that reveal cleavage. A woman is seen with a towel wrapped around her after showering (we see her bare shoulders and cleavage). A man's shirt hangs open in a couple of scenes and his bare chest and part of his abdomen are shown. A woman lies on a chaise and lifts her skirt to reveal her bare legs to the hip. A man stands shirtless on his veranda in several scenes. A woman wears an opaque slip that we can see her nipples through.
► A man sees his wife paying cards and drinking wine with another man in his hotel room. A husband and his wife sleep together in bed in several scenes; she is usually shown wearing a nightgown and he is either fully clothed or wearing a T-shirt and boxer shorts (we see cleavage).
► A husband says to his wife, "I'm blowing you a kiss," and she replies, "I'm blowing you one back." A woman says that she wants something "sexy" when she shops for a dress.

VIOLENCE/GORE 3 - A man barges into a hotel room where his wife is with another man and he shoves the other man to the floor, punches him repeatedly (below the frame) before grabbing his wife by the arm, taking her to their room and shoving her against a wall, yelling at her and she cries.
► A husband uses his wife's hand to hit himself in the face several times (we see his face reddened). A wife shakes her sleeping husband by the shoulders and tells him to wake up repeatedly, and then accuses him of being interested in having sex with another woman, which he denies. A husband falls into bed after vomiting (we do not see any vomit) and forces a kiss on his wife; she protests and pushes him away, then kicks him several times and slaps him on the back calling him "disgusting," and she then rinses her mouth with wine and spits it on the floor.
► A husband and his wife argue in several scenes and their relationship appears severely strained. Awe hear a man and a woman arguing. A man stumbles up a steep hill drunk and slips a couple of times. A woman seems severely depressed (please see the Substance Use category for more details). A woman dances in a restaurant and appears to pass out (we see her with her eyes closed in the car as her husband drives).
► A man talks about his wife having died and that she had been in a lot of pain. A man says that his wife can seem very rude. A woman says, "We hate boats and we hate people." A husband asks his wife, "Are we perverse (or maybe perverts)?" A husband tells his wife, "Let's get them liquored up and see what they do."
► A man vomits in a toilet and we hear gagging, coughing and splattering (we do not see any vomit). A man gets out of bed and uses the bathroom with the door open (we do not see or hear anything).

MESSAGE - Tragedy in life and relationships can bring people closer or drive them apart. 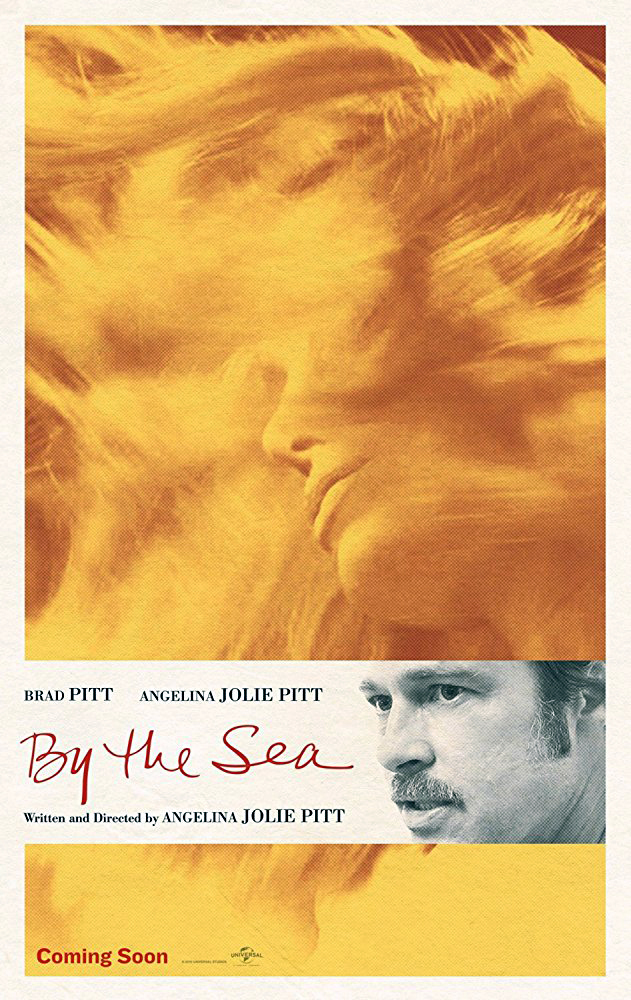