Inspired by the eponymous video game: Jake Gyllenhaal stars as an adopted son of the King of Persia, who ends up teaming up with a mysterious princess and Persia's rival (Gemma Arterton) in order to prevent a vengeful leader from destroying the world by transforming everyone into fierce demons. Also with Ben Kingsley, Alfred Molina and Steve Toussaint. Directed by Mike Newell. [1:56]

SEX/NUDITY 3 - A shirtless man is seen wrestling with another shirtless man. A portion of a man's chest is visible when his shirt is open. Women appear in bikini-style tops, including a group of women who appear to be belly dancing in the distance. A woman wears a cleavage-exposing corset-style top. A man holds up a nude baby, his hand obscuring genitals. A man stares at a woman's cleavage.
► A man and a woman kiss. A man and a woman hold hands. A man kisses a woman's hand.
► A man jokes with another man about a woman's appearance, saying that he is interested in having "another wife." A man jokes that something spreads faster than "a venereal disease." A man makes a crude joke about the size of a sword being in relation to the size of genitals.

VIOLENCE/GORE 7 - There are multiple violent battle scenes, with limited amount of blood: A large group of men wielding swords and rushing toward a castle is set on fire as a man tips over a cauldron of boiling oil and sets it aflame; men clash against one another, including punching and tackling, striking with swords, and pushing each other to the ground; arrows and darts are fired into men's torsos and on one occasion a man is seen being stabbed in the head with a dagger; and men throw small fire bombs at one another, causing smoky, fiery explosions, including one which appears to blow a man's arm off (no blood visible).
► There are multiple instances of violence between men, including hand-to-hand combat, wrestling, sword fighting, and stabbing with daggers: On different occasions a man ties two men together and tips them over a railing, tosses two men from one rooftop to another, and pushes a man through a ceiling; men are seen firing crossbows and bows and arrows at one another, including a man who is shot in the chest (blood is seen dripping out of his mouth); a man has his neck slit, and blood pours from the wound; and a man has another man's blood drip onto his face after a man is gored on a staff.
► Two men engage in a knife-throwing fight, which ends when one of the men throws a large axe into the other man's chest, just as he looks down and sees four knives sticking out of his own chest (small beads of blood appear on his chest).
► The flesh on a man's face erupts into boils and blisters, the man screams in pain and claws at his face and clothing, drops to the ground, rolls around in pain and dies.
► Snakes are seen biting men on the face and torso, and the bloated bodies of men are later seen (presumably after dying from venomous snake bites). Dead and bloated bodies are discovered by a group of men and a woman -- flies are heard buzzing around the bodies and a man instructs another man to examine one of the dead bodies.
► After a fight where both men use swords, a third man stabs one of the men in the back, and hold his body until the man is dead. A man pins a woman between a fence and another man, and stabs the man (the body drops behind the woman).
► A man struggles to find his footing after the ground beneath him begins to sink into a giant fire-filled pit: he is able to jump to safety, narrowly avoiding being struck by crumbling rocks. A woman is shoved off a cliff and a man catches one of her hands, but the woman pulls away and falls into a fire-filled pit.
► A young boy is seen shoving a spear through the mouth of a lion just as it was about to leap onto another young boy.
► A man has a vision of himself dying in different ways, such as a woman stabbing him with a large sword, a man running a sword over his chest and drawing blood, and taking his own life by plunging a dagger into his chest.
► A man knocks a woman unconscious with a whip, and as she lays on the ground a snake wraps itself around her (the snake is later seen being cut open, blood and guts are visible, and a bloody knife is pulled from its stomach). A man throws a snake onto a fire and using a sword cuts four snakes in half and tosses their dead bodies to the side.
► Men are held in chokeholds, and knives are held to their throats. A man and a woman are held at knifepoint and dragged away by a group of men. A man spits water at two men; the two men then smack the man on the head with a shovel, knocking him to the ground.
► A man punches a boy, and a second boy throws an apple at the man's head, causing a group of men to chase them; when the children jump from rooftop to rooftop, two of the men fall to the ground, the boys are caught and a man prepares to chop off the arm of one of them (he is interrupted).
► A seemingly unconscious woman lying on the ground knocks a man who approaches her in the head with a bone; the man passes out and is awakened by another man, who's throwing a knife at his crotch. A man shouts angrily at another man and slaps him on the hand.
► Men are seen with smears of blood and small cuts on their faces, presumably from previous fights. Two men spit on the ground (no spittle is seen).

SUBSTANCE USE - Men appear to be drunk after drinking from flasks, a man makes a comment about a man's wine glass always being full, and a man jokes about a man being inebriated.

MESSAGE - Follow your heart and do what you know is right, even if it is an unpopular decision. 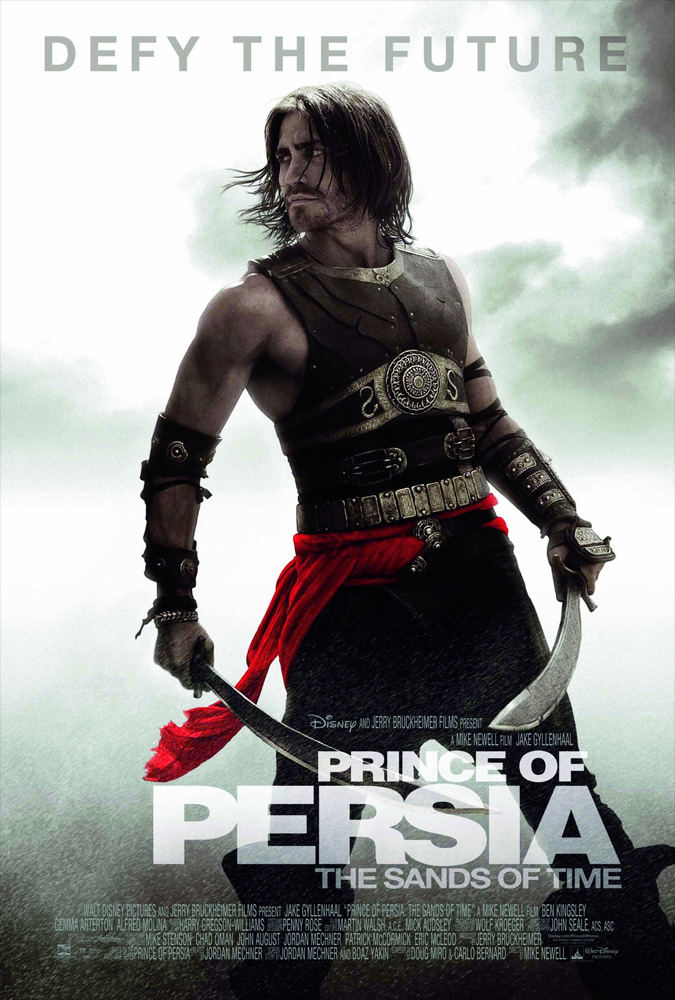