Kirsten Dunst stars in this historically controversial biopic as the young Austrian woman who was promised to the French king Louis the XVI as a way of cementing the relationship between the two countries. Beautiful but naïve, the new queen becomes the victim of court intrigue and scandal. Eventually, she is stripped of privilege and wealth and beheaded by French revolutionaries. Also with Jason Schwartzman, Asia Argento, Rip Torn and Molly Shannon. Directed by Sofia Coppola. [2:03]

SEX/NUDITY 7 - A woman lies nude on a bed (her bare limbs and abdomen are visible, and her breasts are hidden by a hand fan), and a man enters the room, they kiss, he removes his shirt (we see his bare back), and they have sex (part of her bare breast and nipple are visible briefly).
► A husband and wife kiss in bed, he climbs on top of her and the scene ends (it is implied that they have sex). A husband climbs on top of his wife in bed, they kiss, and he rolls off of her and goes to sleep.
► A woman in period undergarments (corset and bloomers) meows like a cat while lying on a bed, and a man climbs on top of her and they kiss.
► A woman wears an opaque nightgown and the outline of her breasts and nipples are visible through the cloth. A woman bathes while wearing a sheer cloth nightgown (the cloth clings to her when she gets out of the tub). A woman is undressed by several attendants, she stands nude as other people enter the room, and we see her bare back to the hips and her bare abdomen (her arms cover her breasts). A woman is undressed and dressed by several attendants (she stands nude briefly and her bare back, legs and buttocks are visible). Dresses are cut very low, revealing deep cleavage.
► A woman fawns over an older man (we are told she is his mistress), and she caresses his chest and abdomen and kisses him. A man and a woman kiss. A husband kisses his wife's hand. A man and a woman hug.
► A husband and wife lie in bed together, the woman caresses the man and tries to interest him in sex, but he refuses her (there are several similar scenes).
► A husband and wife face each other in a room, they climb into bed and lie next to each other (many people are gathered in the room watching, and a priest prays over them), heavy curtains are closed around the bed and the couple is left alone (they do not have sex).
► A husband asks his wife if they "should retire to make love all night." Two men talk about "the marriage bed," and one man talks about blundering in it and the other asks exactly what happens. A man asks another man if he has deflowered a woman. Rumors of orgies are reported. A doctor asks a man if he finds his body responsive (trying to determine if there is a medical condition for his impotence or lack of interest in sex). There are many discussions about the need for a woman to entice a man into having sex and for her to become pregnant and deliver an heir. A man asks another man how a woman's bosom is. People gossip about other people's sexual exploits (there is one reference to a man spending too much time with his stable boy).

VIOLENCE/GORE 2 - Many people with flaming torches and pitchforks yell outside a palace, and a woman comes out onto a balcony and bows to the people (the crowd falls silent). We hear a jeering mob and we are told that "they are here to kill the Queen."
► We see a small coffin and the funeral for a child. A woman weeps when her dog is taken away from her.
► It is reported that a man died from smallpox. We hear that a woman died and we see her lying dead for presentation. We hear that a man is sick and dying from smallpox. We hear that people are starving and dying, we hear about the storming of the Bastille, we hear about a civil war in Poland, and we hear about a revolution in America.
► Two women are shown giving birth (no physical details are shown); they moan briefly and the babies are presented.
► A woman drinks wine and burps loudly.

SUBSTANCE USE - People drink wine in many dinner and party scenes, and women drink champagne while shopping. Men and women smoke from a pipe.

MESSAGE - Greed and isolation can breed arrogance, ignorance and lack of empathy. 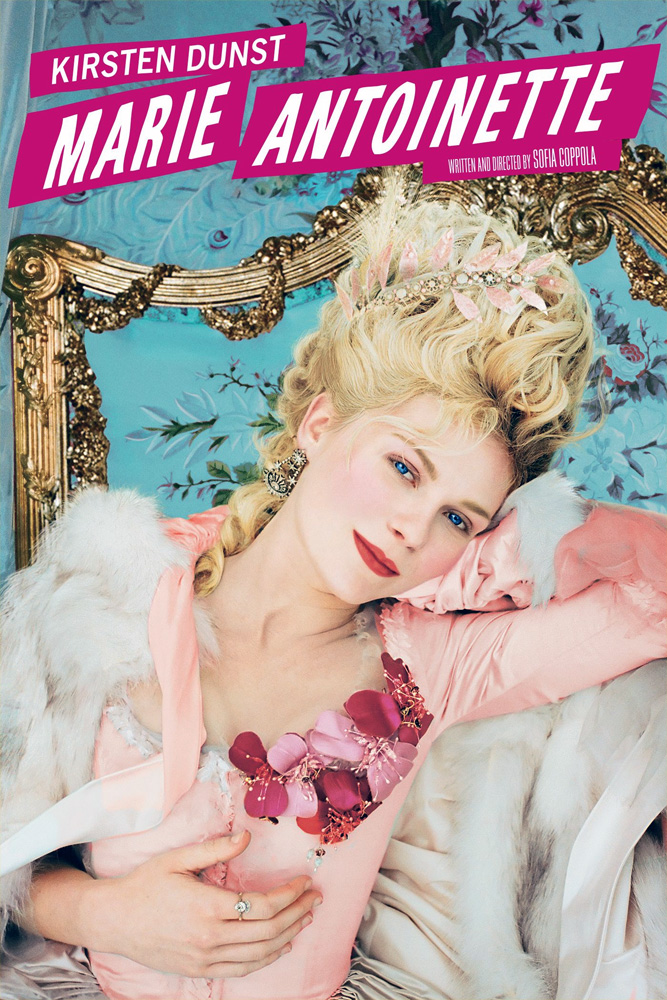