SEX/NUDITY 3 - A man and a woman lie in bed together, and the man rolls over and tells the woman that he has something that will help her sleep (implying sex); they talk, kiss and lie down to sleep (no sex is shown). A man and a woman kiss and hug.
► A man gets out of bed and he is shown bare-chested. A woman wears a low-cut top that reveals cleavage. A partially covered dead body is shown on the ground (bare legs to the thigh are visible).
► We hear that a Catholic priest is a convicted pedophile.

VIOLENCE/GORE 7 - A man places a dead body on a chopping block and we see him raise an ax over it and then hear a thump when the ax comes down; we see a pile of what looks like severed limbs to the side. A sedated man is placed on a chopping block, an ax is raised over him and the man holding the ax is struck hard from behind and he falls to the ground unconscious. A man begins to cut along a woman's neck (we see a bloody cut) planning to sever her head but he is interrupted.
► We see a severed head with tubes that pump blood through it and we see the eyes blink. A severed human head is seen under thick ice and we hear later that many other severed human limbs were found in the ice around it. A severed human arm is dug out of snow (we see bloody tissue and exposed bone). We see a photo of the severed arm.
► A woman parks her car in a dark garage, she sees a footprint in snow outside, she takes a garden tool off the wall, a man lunges toward her, and she slashes his face with the tool (we see bloody gashes and the man screams); then she runs and another man chases and tackles her.
► A young woman driving pulls alongside a truck and tries to pass, the truck pushes her car off the road, and she crashes into a hay bale (we see her with bloody scratches on her face); the driver of the truck breaks the window out, then punches the young woman and pulls her out of the car (we see this from a distance). A man in a car chases a man in a truck, the car crashes into the truck, and the truck pushes the car over a hill and it rolls several times (we see the driver with bloody cuts on his forehead).
► A vicious dog attacks a man, bites his arm (we see its teeth and hear snarling) and the man punches the dog and we hear whimpering and see the dog lying in bloody snow. A vicious dog races toward a young woman who's trying to run away, and we hear the young woman scream as the dog attacks her (nothing is shown).
► Medical personnel remove an organ from a patient (presumably dead), lift it out of the body and a man takes it away in a container (we see some goo and tissue). We see a man with large gashes on his face on an operating table and we see that he has had a woman's arm transplanted onto his body and when he turns his head we see tears of blood stream from his eyes. A man looks at a crime scene, falls to his knees and when he lifts his head we see blood streaming from his eyes. We see a boy on an operating table and a doctor injects something into his brain (we see blood on the doctor's gloves and we see an X-ray screen image of the needle penetrating the brain).
► Two people chase a man through busy streets and into a building, one person is nearly struck by cars, and another person is pushed down an elevator shaft and is impaled on metal bars at the bottom (we hear the crunch but the impact is not shown).
► A young woman is taken out of a crate, she struggles, she is injected with a tranquilizer, falls still and we see her being pushed into a large tub of ice. We see a young woman locked in a crate in a makeshift lab where many dogs are in cages and sheets on operating tables cover bodies.
► A man says, "I castrated myself..." We hear that a Catholic priest is a convicted pedophile. We hear that a boy has an incurable degenerative brain disease. We hear that a man has advanced stage lung cancer. A man says about another man, "His sister was abducted by E.T."
► A man has a seizure and his lips turn blue. A patient with blue-tinged skin and covered by a sheet on a table has a seizure (we see the body quaking). A young woman swims in a public pool and a man watches her from underwater with a menacing look on his face.

SUBSTANCE USE - A man smokes cigarettes in several scenes.

MESSAGE - Don't give up when you believe that something is real. 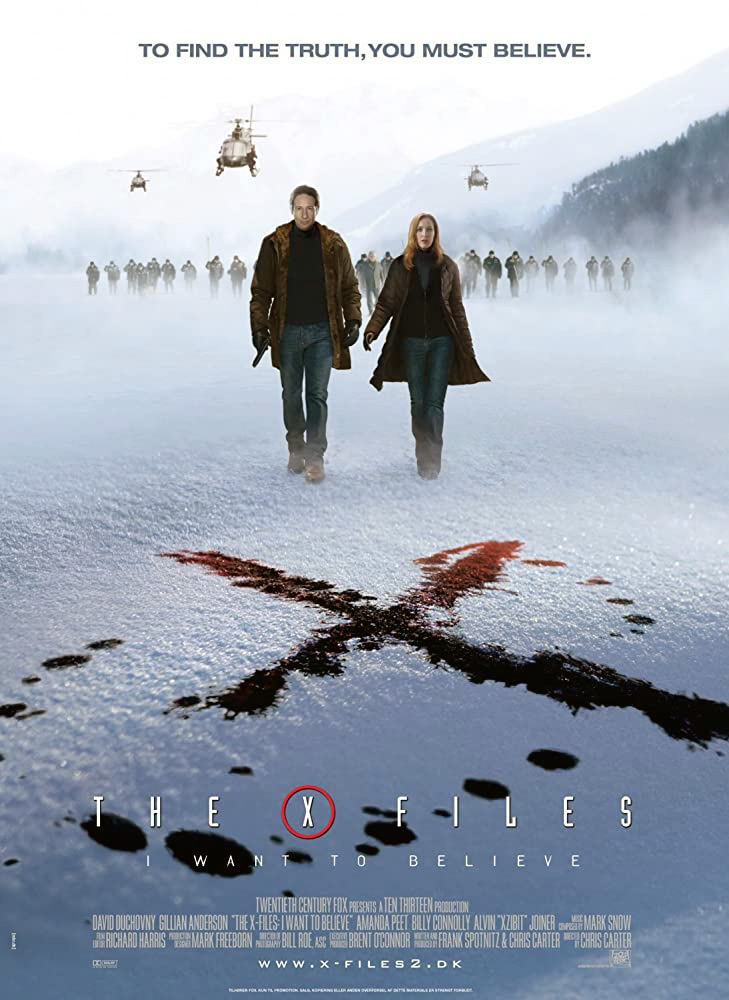