After the death of her mother in a house fire, and her own attempted suicide, a young woman (Emily Browning) is released from the hospital and realizes that her father (David Strathairn) has become involved with the nurse (Elizabeth Banks) who had been caring for her mother before her death. When she and her sister (Arielle Kebbel) begin to piece together the events of the night of the fire, they begin to suspect that there was foul play. Also with Kevin McNulty and Jesse Moss. Directed by Thomas Guard & Charles Guard. [1:27]

SEX/NUDITY 6 - A man and a woman have sex behind a door: through a keyhole we see them thrusting (her bare legs are visible) and kissing and hear them moaning. We hear brief rhythmic moaning through a bedroom wall.
► A young man and a young woman kiss passionately while lying on a beach (they are fully clothed) and the young man tells the young woman that he loves her and that he has a condom (the young woman gets up and leaves).
► A man and a woman kiss in several scenes. A young man climbs in through a young woman's bedroom window, she removes his shirt (we see him bare-chested), and they kiss while sitting on a bed.
► A young woman talks about another woman helping her father "cope three times a night." A young woman talks about another woman "riding" her father. Two young women find skimpy lingerie in a woman's dresser drawer and one finds a vibrator in a bathroom drawer. A woman talks about not being able to have children.
► We see young women wearing shorts and bikini tops at a beach party. Young women wear swimsuits in a few scenes (one piece and bikini). A woman wears low-cut tops that reveal cleavage in several scenes. A young woman wears a bra and panties while a woman changes her clothes for bed.


VIOLENCE/GORE 7 - A young woman finds a pool of blood in a hallway and follows a trail to a dumpster where she finds a dead, bloody body. We see a body being pulled out of water (it has blue-tinged skin and bloated hands and face).
► We see photographs of three children who were murdered: their skin is ashen and eyes are white and we hear that they were heavily sedated and stabbed repeatedly.
► A young woman goes to a dark guest house, she hears noises and sees something moving toward her, and we see a charred woman with missing patches of skin and red and burned flesh; the woman screams and moves toward the young woman who also screams. A young woman reaches under an oven and sees a presumably dead girl lunging toward her. A girl wakes up in a start when she hears a bell ringing, she sees movement in the hallway outside her room, the door opens, something creaks and slithers on the floor, and a charred hand reaches up onto the bed and pulls her bed clothes, and the young woman screams.
► A young woman has several nightmares that include similar details: She walks through dark woods, finds garbage bags, one opens and the twisted body of a girl falls out of it (we see the gray-tinged skin), and the head twists around (we hear cracking) and speaks to her. A young woman dreams of seeing a dead girl in different surroundings several times (the girl has ashen skin). A young woman dreams of walking through her house and "feeling that there is something evil" in it; she sees plates of food on a table and a black bird pecking at it, and a candle is tipped over and a liquid seeps through the keyhole on a door (it looks like blood). A young woman dreams of seeing her sick mother in a bed gasping for air.
► A young man's back begins to twist and something pokes out from inside the skin (there's no blood), and his body becomes completely twisted as he pulls himself across the floor crying for help.
► A woman tries to stab a young woman with a hypodermic needle, the young woman strikes the woman on the head with a bottle (we see blood on her forehead), and the woman's arm is slammed in a door when she chases the young woman. A young woman speeds away in a car, a woman tries to stop her and she falls to the ground. A woman yells at a young woman and waves a carving fork near her.
► A young woman wears a nightgown that is stained with blood. A young woman is injected with a hypodermic needle (we see a bit of blood go into the syringe). We see a blood soaked knife in a couple of scenes. We see a body in a body bag being taken away in an ambulance.
► A young woman searches through a dark attic. A young woman climbs along a rooftop and we hear a thud (we see her on the floor later and she is groggy). A young man slips and falls off a rock and into water below. A young woman falls into a hole in a cemetery.
► We see scars on a young woman's wrists from an attempted suicide. A woman slams a carving knife and fork into a roast violently. A man cuts meat with a cleaver and a loud bang on a chopping block.
► We hear that a woman died in a fire and we see a house explode and burn. A woman says, "I wiped old people for a living."

SUBSTANCE USE - A young woman is injected with a hypodermic needle (we see a bit of blood go into the syringe), two young women find prescription tranquilizers and hypodermic needles in a bathroom drawer, and we hear that murdered children were heavily sedated before being killed. Young people (late teens) are shown drinking beverages at a beach party (it is implied that they are alcoholic beverages), a young woman makes several references to drinking a lot of alcohol frequently, and a young man says, "I drank a bunch."

MESSAGE - Paranoia can take one on a dangerous journey. 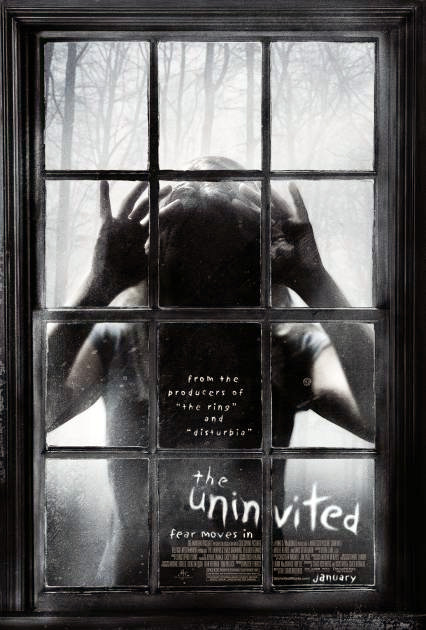