An affluent couple's seemingly happy life is thrown into turmoil when after a chance encounter the wife (Diane Lane) has an torrid affair with a young Frenchman (Olivier Martinez). The husband (Richard Gere) hires a detective and decides to confront his wife's lover. Also with Erik Per Sullivan, Myra Lucretia Taylor, Michelle Monaghan, Chad Lowe and Joseph Badalucco Jr. [1:40]

SEX/NUDITY 9 - A man and woman kiss passionately, he picks her up, slams through a bathroom door, and they have sex: we see her bare thigh and buttock from the side as she wraps her legs around him, and her bare breast as he opens her blouse and kisses her chest. A man and woman argue, he tries to force himself on her, she refuses and eventually gives in; he takes off her pants and his shirt (he's bare-chested and we see her taking off her panties and see her pubic region) and they have sex in a hallway (with thrusting and moaning). A man and woman have sex in a movie theater: she sits on his lap and we see them moving rhythmically and hear them moaning. A woman bathes (we see her bare breasts, abdomen, thighs and part of her pubic region), a man joins her (we see his bare chest), he caresses her and kisses her knees and legs and we see her bare buttocks as she gets out of the tub. A man caresses and kisses a woman's bare abdomen, legs, he takes off her panties, he takes off his shirt (we see him bare-chested), he climbs on top of her and they kiss passionately. A man undresses a woman and caresses her breasts. A woman sits in a chair with her hand in her pants (she is apparently masturbating, however we don't see any movement) and a man watches her, and a man puts his hand in the back of a woman's pants and they kiss passionately. A woman wearing a slip climbs on a man's lap in bed, pulls down one strap of the slip (we see her bare shoulders and back), they kiss and lie back on the bed. A woman hits and punches a man as he is trying to have sex with her. A man and woman kiss in a few scenes. A man and woman hold hands in a couple of scenes, a man and woman hug, and a man and woman dance close together in a couple of scenes. A woman tries on lace panties and bra. We see a woman's bare back and shoulders as she sleeps. A woman's dress is blown open and up exposing her legs and part of her panties. A woman wears a nightshirt with slits up the sides that expose her bare thighs. Part of a woman's buttock is exposed during a wrestling match on TV. We see a bare-chested man in a couple of scenes.

VIOLENCE/GORE 5 - A man is hit on the head twice with a snow globe and blood streams down his face, pours into his open hands and forms a large puddle under him when he falls to the floor dead (blood also seeps through a sheet which is used to cover the body). We see a flashback to the murder. A body is shoved into the trunk of a car, dumped at a garbage dump, and rolled over by a steamroller. We see blood on a man's hands and chest. A woman hits and punches a man in a rage. A woman hits and slaps a man during a sexual encounter. A man and woman collide and fall hard on the ground (we see the woman's bloody knees a few times after this). A boy watches a wrestling match on TV and we see two women throwing each other around a ring. A car runs into a parked car and dents the trunk. A boy urinates and we hear the trickle. We hear a man gag. There are a couple of very heated arguments where threats of violence are exchanged. 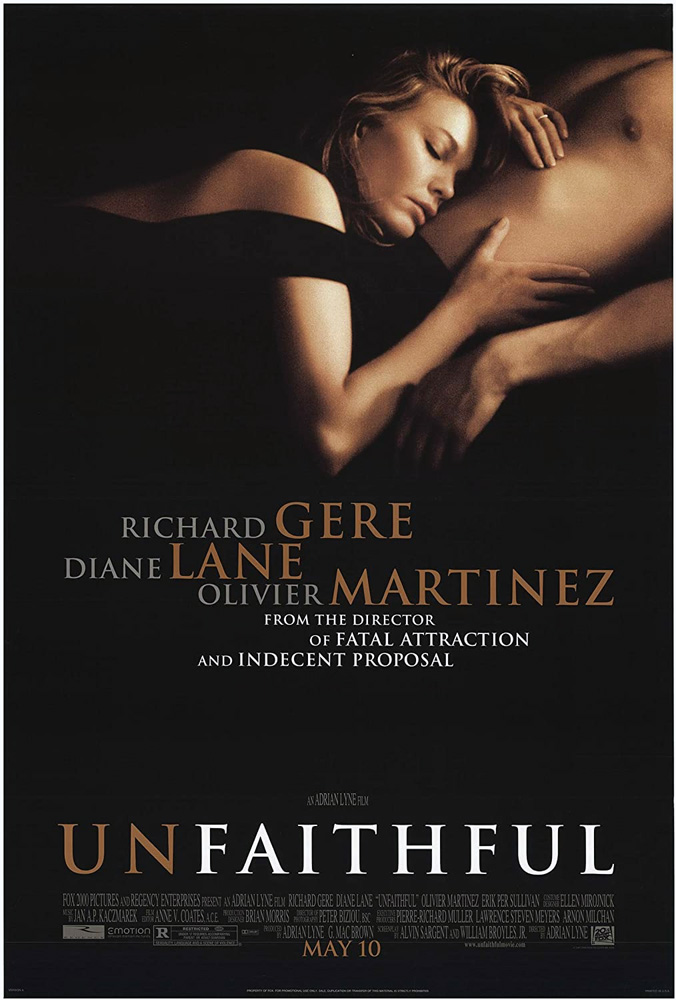