Jason Statham reprises his role as the driver for hire. This time he reluctantly accepts a job that requires him to transport the kidnapped daughter of a Ukrainian government official on the eve of a presentation on environmental safety. Also with Natalya Rudakova, Francois Berleand, Robert Knepper, Jeroen Krabbe and Eriq Ebouaney. Directed by Olivier Megaton. [1:43]

SEX/NUDITY 4 - A woman blackmails a man to do a "striptease": he removes his jacket, tie and shirt (he stands bare-chested in front of her), she convinces him to kiss her, they kiss and we see them lying in the back seat of a car kissing (it is implied that they have sex).
► A woman caresses a man's head and shoulders, she kisses his neck, he refuses her, and she says he's gay. A man and a woman kiss.
► A woman lifts her skirt (we see her bare leg to the hip and the side of her bare buttock) and squats down to urinate on the floor in a store. A woman watches with interest while a man takes off articles of clothing to use during a fight and then watches him while he dresses again. A man wakes up in a room and he is wearing only boxer shorts (we see his bare chest, abdomen, back and legs). A woman wears a low-cut dress that reveals cleavage, bare shoulders and bare legs to the thigh in many scenes throughout the movie.

VIOLENCE/GORE 6 - A man shoots a man in the head (we see a bloody hole in his forehead) and he falls to his knees. A man in a truck is shot by another man (we see the man jerk backward and then slump over and we later see him being zipped into a body bag).
► Many men with various weapons (metal pipes, wrenches and tire irons) fight a man in a garage: we see him punch and kick them, divert their blows, he arms himself with a metal rod and strikes several with it, he twists his jacket around the throat of one man until he chokes and his tie around another man, and he lets a car on a lift fall down onto two men on the floor (we hear them yell). A man fights many other men: we see many kicks and punches, one man's arm is broken (we see it twist), another's leg is snapped (we hear a crack), fingers are shown being bent back, and one man's head is struck a couple of times on piano keys.
► A man fights many men on a train with punches and kicks, and he takes a gun from one man and shoots several others. A man fights a really big man: he punches him in the head and face several times (the man is not fazed), and he then strikes him in the head with a shovel and he falls through a hole in the floor. A man is punched hard in the face and wakes up wearing boxer shorts and is alone in a room. A man punches a woman in the stomach.
► Two men break into a cargo hold in a ship, they open a barrel of bubbling liquid, they cough and fall to the floor and we see them dead later with burned and blistered skin on their faces (their bodies are thrown overboard).
► A man is driven away in an ambulance and the ambulance explodes (we see it toppled over and in flames) and a man who's outside is thrown by the blast (he coughs and we see him with char on his face). A man on a train explodes when the device on his wrist detonates, flames shoot into the train car and a man and a woman are thrown (we see people with char on their faces and hear them coughing).
► Two cars race and speed on a highway, they drive side-by-side and nearly crash into oncoming traffic, one car is pushed off the road, one car drives on two wheels to fit between two trucks, a truck jack-knifes, people in one car shoot guns at the other car, and a gunman's arm is broken when it is crushed between two cars (we see him flailing and hear him yelling); a car then races over a cliff and bursts into flames when it hits bottom. People shoot at a car as it speeds away, and the windows of the car break and spray glass on the occupants. A man speeds his car off a bridge and into water, the car sinks while people on the bridge shoot at it, he struggles to stay with the car and he is shown being rescued later. A man crashes his car into the back of a moving train. A man on foot chases a car as it speeds away, he steals a bicycle and continues chasing the car, he jumps with the bike, rides through a building, and jumps through the car window, kicking the driver out of the passenger door and onto the ground. A man speeds his car off a bridge and lands on a moving train. A car speeds away from a security checkpoint, police cars chase, cars crash together and one car crashes through the wall of a man's house (we see the driver with blood on his face and a bloody bullet wound).
► A man holds a gun to a man's head. Two men on a ship are held at gunpoint by authorities. A man points a gun at a woman and is stopped before he shoots her. While driving, a man struggles with a woman, trying to keep her from taking a pill, and the car swerves and nearly crashes into oncoming traffic. A woman collapses after drinking champagne that has been spiked.
► Throughout the movie people have explosive devices attached to their wrists and must stay close to a car or the explosives will be detonated.
► A woman is insulted when a man calls her "Russian" and she identifies herself as Ukrainian. A woman lifts her skirt and squats down to urinate on the floor in a store (we do not see or hear the stream). A man urinates on the side of a road (we do not see or hear the stream). A woman spits in a man's face (we see goo).

SUBSTANCE USE - A woman takes a pill and offers one to a man (he refuses) and she then takes the one that she offered him. A woman drinks vodka from a bottle, a man drinks alcohol, a woman in a club drinks a glass of champagne that has been spiked, and we see a glass of wine on a table in front of a man sleeping on a couch. A man holds a burning cigarette in his hand, and then puts it down in an ashtray. 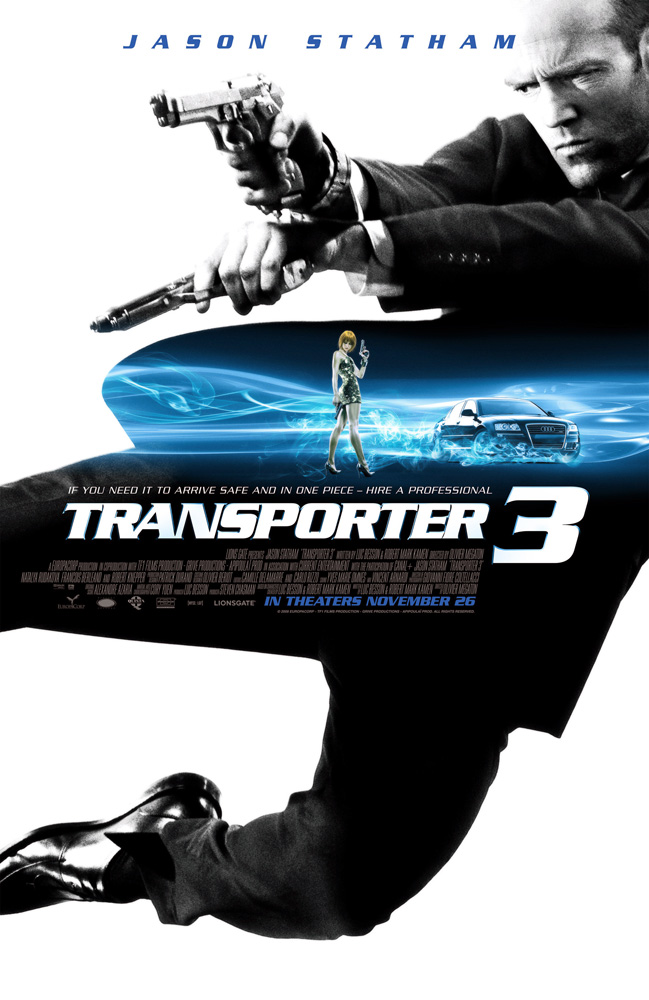