This animated science-fiction/action flick takes place in 3028 After Earth: a teenager uses a map his father gave him to find a ship that could help defeat the evil Drej aliens and save the human race. With the voices of Matt Damon, Drew Barrymore, Bill Pullman, Nathan Lane, Tone Loc, Janeane Garofalo, Jim Cummings, David L. Lander, John Leguizamo and Ron Perlman. [1:34]

SEX/NUDITY 2 - A man and woman nearly kiss, and in another scene they hug each other. A man's bare backside is visible for a moment when a woman is tending to his gunshot wounds; we also see him with a towel wrapped around his waist (later in the scene he drops the towel and we briefly see part of his bare backside again). A man walks into a woman's room while she's getting dressed and we see her wearing a towel; she steps behind a screen, and we see her shadow as she throws off her towel and gets dressed.

VIOLENCE/GORE 5 - A man twists and presumably breaks a creature's neck, then throws the creature down a staircase. A man is shot (we see blood spray and then float from the wound) and then he's engulfed in a laser beam; also, a woman is shot in the arm (we see blood spray) and a man is shot in the arm and leg, causing blood to spray and run from the wounds (in a later scene a probe is inserted into his leg wound, which slowly heals and disappears). A man dreams he is shot by creatures. A large alien turns into flames and is presumably destroyed. A bracelet explodes and two creatures are knocked down by the explosion; in a later scene we see them lying under pieces of metal, but otherwise unharmed. Two fights during which people punch, elbow, shove and kick each other; during one fight a woman bites a creature's hand and a bottle is broken over a person's head, and during the other fight two men hang off a ledge and one man finally falls, grabbing onto a rope before he hits the ground. Two creatures punch a man until they're lassoed and knocked down by another man; the man kicks the restrained creatures, walks on them, and throws a used tissue on them. A man hits a creature with both fists and knocks it out of a chair, a man pushes another into a wall, a man is dropped into an electrically charged cell and is briefly electrocuted when he touches a wall, a man yells as he's lifted in an electrical current and then dropped to the ground, a man is briefly pinned between two ships, a girl is pinned to a wall with laser beams and then ejected into space (she's not harmed), explosions and laser beams knock several people down, lots of large birds fly above and then surround a few people who nearly start shooting them, a creature gives orders to destroy all humans, and animals with large teeth briefly scuffle and snarl at each other. Two extended chases scenes: gunfire is exchanged often between groups of creatures and humans and also between spaceships, some creatures who've been shot re-form and are unharmed, birds carrying people are shot (the people fall and are then caught by other birds), a person falls into water but is rescued, a man hangs off the side of a ship, two people are knocked off a ship and then beamed into another (a bird is also beamed into a ship), fuel tanks are shot and then explode, hydrogen trees are shot and then explode, and a small spaceship breaks through walls and loses a wing as it flies through closing doors (resulting in a brief explosion). Two people eject themselves from a ship (its windshield is about to shatter) and are sucked into another ship. A spaceship shoots a laser beam that covers a planet, causing it to explode (pieces fly through space, hitting and destroying a ship and another planet). Several spaceships are shot (some explode in blue shards and others explode in flames) and some are nearly hit by large, floating ice rocks (one ship's wing is sheared off by a rock). A spaceship's laser beam is deflected, destroying the ship in a fiery explosion. Ships fly into mountains, causing rocks to fall and nearly hit people below. Several instances of threatening with guns and several people and spaceships are shot at. The following incidents are played for laughs: a bug turns to goo and his teeth fall to the ground after he's shot, a man slaps and kicks a man tied to a rope, a creature kicks another and "zaps" it with a laser, a few pratfalls and pushes, a man is hit in the face with a pair of pants, a man is hit in the head with a ball, a creature who dropped a suitcase yells and throws a wrench, creatures eat living food that moves, people fall to the ground when a spaceship's "gravity machine" begins working again, a woman swats a creature's hand with a bat, a man flies backwards into a wall and a pan falls on his head, a creature purposely knocks a man down with a piece of metal (the man then shoots a laser at the creature's ship), a man drives his space-scooter recklessly and bumps a few other scooters, and a man runs his scooter into a spaceship and flips a few times onto the ship's wing.

MESSAGE - Having faith in abilities and a strong sense of duty can help you defeat the most daunting opponents. Don't give up. 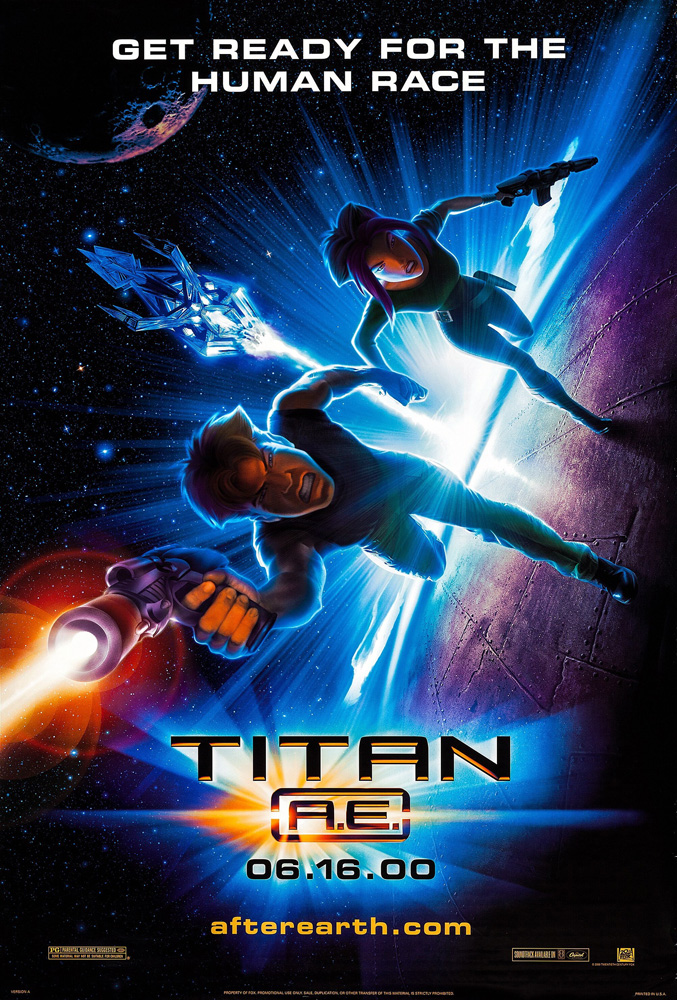