SEX/NUDITY 2 - A clothed man and a clothed woman kiss for several seconds as he leans over her on a couch; the woman says she enjoyed having sex with him earlier in the day.
► A woman tells her teen son that a man, "Wants to get into my pants." A man writes his wife a note, reminding her of a time he was inside her and she was on top of him.
► Two women wear V-neck blouses that reveal cleavage.

VIOLENCE/GORE 7 - A terminally ill man goes to his barn, puts a bag over his head, and shoots himself in the temple, falling dead; his wife hears the shot from inside the house and falls, crying, and then walks out to the barn and finds the man dead and she looks stunned. A woman throws four large Molotov cocktails at a police station causing small explosions and large flames; a man inside the blaze jumps out a window and lands on the street, covered with flames and crawls away as another man slaps the flames out with a jacket (we see the victim with large facial burns and blood on his clothes).
► A flashback shows a woman and her teen daughter arguing loudly and cursing and the girl says, "I hope I get raped!" and the mother says, "I hope you get raped. too!"; in the present, we hear that the girl was murdered -- and was raped while she was dying.
► A police officer grabs a club and pulls his handgun, breaks the front glass door of a business with loud crashing, walks upstairs where he pistol whips the business owner, beats him with the club, breaks out a window loudly, and throws the owner out the window to land in the street; a woman in the office screams and the officer punches her in the face (she falls below the frame), and then he punches and kicks the man outside on the ground who is covered in blood. A man starts a fistfight with another man, scratching him to gather DNA for a murder case; the second man beats the first man until the victim's face and hands are smeared with blood and the injured man stumbles home, enters the bathroom, and scraps DNA from under his fingernails into a vial while his mother wails outside the bathroom door. A man grabs his ex-wife by the throat and slams her against a wall, their teen son grabs the man by the neck and another woman enters the room to stop the action.
► A dentist is rude to a patient and drills a tooth without anesthetic and when she asks for Novocain he uses a large syringe to inject her lower gum, but waits only a few seconds for the anesthetic to work; he points a drill at her face and she jams the drill into his thumb causing him to scream and flop into a sitting position on the floor as she spits a cup of water into his face (the woman is later arrested and released). A teen boy throws a can of soda against a woman's windshield; she leaves the car, punches him in the stomach and kicks a teen girl in the crotch, leaving the teens groaning in pain. A woman is harassed when a man in her store throws a ceramic figurine against the wall, smashing it to pieces.
► A woman and her teen son drive home at night and find three billboards blazing in tall flames and they argue, then use fire extinguishers on the flames, but each fire continues to burn; the woman climbs to the top of one of the billboards, but runs out of extinguisher material and we then see her being examined by EMT staff and released.
► A man with pancreatic cancer coughs blood spray onto a woman's face and she looks stunned and we see the man on a gurney being placed into an EMT vehicle. A man in a clinic picks up a vial of his own blood and throws it against a wall, leaving a large red stain.
► A woman pays for three billboards outside her town, reading: "Raped while dying," "And still no arrests," "How come, Chief Willoughby?"; men and woman in the town become upset about the signs, complaining that they are inappropriate. A woman on a TV broadcast blames billboards for a man's suicide. A woman tells a police officer that she knows he is regularly torturing black people; he says it is his job to do so. A woman tells a police officer, "Some other poor girl is probably out there being butchered" (like her daughter months ago). A detective takes over a police force, shouting at bigoted officers and firing one of them. A man tells his mother, "I'll blow your [religious profanity deleted]." A man and a woman in a restaurant overhear a conversation about how another man raped and murdered a woman. A man with a shotgun and a woman drive to a man's home, discussing whether they should kill him.
► A man with facial burns covered by bandages all over his head and face is wheeled into a hospital room with a man who has cuts and bandages on his head and face, and a cast on an arm and leg; they argue briefly and the burned man cries. We see a burn victim with facial scars and redness. A man looks at black and white photos of a completely blacked, peeling corpse and vomits fluid onto the ground. A man spits white material into some grass. A woman flips a spoon of cereal into her teen son's face and he laughs. A reference is made to "puke."
► A close-up of a beetle on its back on a window sill features its legs waving in the air; a woman turns the beetle onto its legs.

SUBSTANCE USE - A woman is arrested on false charges of possession of marijuana, a teen girl tells her mother that she knows the woman was smoking pot when she drove her to school once when she was a little girl, a bureau is shown with medicine bottles on it that look like cough syrup bottles, a medicine cabinet has bottles of liquid medications and pills, and a woman tells her teen daughter that she often smells like marijuana (we do not see any drugs). A man and a woman at a bar and three men at tables drink from beer bottles and one of the men also drinks a shot of whiskey, a man drinks from a beer bottle in two scenes, a man in a bar carries a beer bottle while staggering and slurring his words, a man and a woman drink from beer bottles on their porch, a woman drinks from a beer bottle and a glass of wine in different scenes, a woman and a man on a picnic hold glasses of wine and a wine bottle (they do not drink), a man says that a woman had a chardonnay migraine and was drunk, a woman drinks a margarita poured from a bag of mixed alcohol beverage, a couple in a restaurant has two glasses of wine and a bottle of wine on their table (they do not drink), a man in a restaurant holds a glass of beer, and a man says that he was drunk and burned down some billboards (please see the Violence/Gore category for more details). A woman smokes a cigarette on a porch and another woman takes a puff from it, a man and a woman smoke a cigarette each on their porch, a man lights and smokes a cigarette outside a bar and smokes a cigarette on his porch in another scene, a man has a cigarette stuck behind his ear, and a man smokes a cigarette on a sidewalk.

MESSAGE - Law enforcement systems do not solve every murder case. 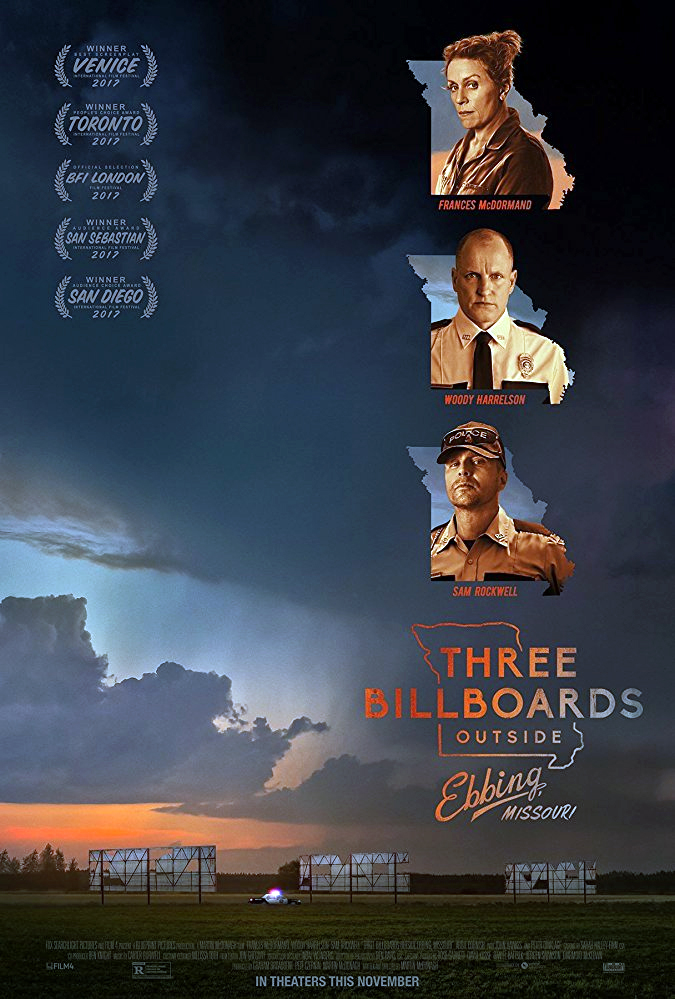