Two CIA agents (Chris Pine and Tom Hardy) use government equipment to learn the life story of their mutual girlfriend (Reese Witherspoon); they also use it to spy on each other, as they fight over the girl. Meanwhile, Russian terrorists interrupt their dating plans. Also with Chelsea Handler, Til Schweiger, Abigail Spencer and Angela Bassett. Directed by McG. [1:40]

SEX/NUDITY 5 - A man and a woman enter her apartment while removing each other's clothing, in the kitchen he removes his shirt to reveal his bare chest and she strips to a skimpy bra and panties and she wears high heels (the bra and panties are sheer), and the man lies on top of her on the kitchen counter as the camera cuts to the next morning (sex is implied); he is covered up in bed while she is dressed and leaving for work and we see his bare chest.
► A man and a woman enter her apartment and begin to remove each other's clothing, they lie on a couch and kiss, and she sits up and says she cannot have sex with him. A husband sticks his tongue in his wife's mouth. Several couples kiss briefly in many scenes.
► Exotic dancers in a club dance on poles and wear skimpy bras, bikini panties, garters and stockings with high heels, revealing cleavage, shoulders, arms and thighs. Several party scenes feature women wearing low-cut, short dresses or short-shorts that reveal bare arms, shoulders, cleavage, and most of their thighs and legs. A woman wears only a sweatshirt and we see the bottom of her bare buttocks, thighs and legs. An apartment has a swimming pool on top of a glass ceiling in the foyer and we see a woman in a skimpy red bikini swim in close-up. We see a man wearing a long bathrobe, baggy boxer shorts and socks and his bare chest is visible.
► A woman runs into an old boyfriend and his fiancée three times and pretends to have a boyfriend of her own; in the final run-in, she is with a date, she kisses him and talks about spending every night having sex as the old boyfriend looks disgusted and takes his fiancée away. A stewardess shows up at a man's apartment and he answers the door, telling her he can no longer have sex with her because he has met someone; she says OK, looks disappointed, and leaves.
► A woman makes up an online dating profile for a female friend and when the friend goes to work the next day, the men in the office leer at her; when she looks at the profile on her computer, she sees that she is touted as a top gymnast with a lot of flexibility for sex positions and we see an image of her doing a spread eagle handstand while wearing short-shorts in a long shot that reveals legs and thighs.
► Throughout the film, a married woman and a single woman discuss dating and sex: the married woman tells the other several times that modern women should have sex more often; and the single woman dates two men simultaneously and tells her married friend that she plans to choose one or the other as her boyfriend based on a comparison of having sex with both and the married woman hoots and yells, "Yes! A sex tie breaker!" in front of a dozen elementary school kids in a restaurant play area.
► A married woman tells a woman friend on the phone that she is tired of sex every Wednesday because it's boring, but her husband is horny and she has to go. A man tells another man that yet another man was with a girl and "entered the premises," meaning sex, and the man stomps away looking angry. A married woman offers to have sex with her friend's dates and evaluate them for her, but this does not occur. A woman tells her date that she walked in on her old boyfriend when he was in bed with another woman and that she left him. A man says he needs no online dating service because he has enough women already. Two male coworkers argue over a mutual girlfriend, but neither will stop dating her, they use surveillance equipment to spy on each other's dates with her, and they agree that they will not engage in "hanky-panky" with her (meaning no sex). An elderly woman asks her grandson and his best friend when either of them is going to provide grandchildren for her. A man tells another man, who is speaking to his girlfriend, that the couple should get a room (sex is implied). A man tells his male friend that he had sex with the friend's wife before his friend met her; the second man becomes angry and shouts as the scene ends.


VIOLENCE/GORE 5 - Throughout the film, two CIA agents are involved in shootouts, car chases and helicopter chases, all with many handguns and rifles firing loudly (a few scrapes, scratches, and dots of blood are seen on the two agents' faces, and a nose bleed for each).
► A few men fall dead (apparently) in several scenes and we hear that seven thugs died in one shootout. A man ends up hanging by his fingers from a hotel roof over the street after a shootout; one man parachutes off the roof to safety, the hanging man is pulled up and another man is pushed off onto a car several stories below (his body smashes the vehicle, glass shatters, we see his still body sprawled and with a few facial scratches).
► A fist fight between CIA agents and thugs begins at a poker game and goes out into a club where tables and liquor bottles are smashed, windows are shattered and guns are fired; men punch, kick, throw each other and wreck the establishment (very little blood is shown). A fight in a restaurant between two men wrecks a dining area; we see thrown knives stick in tables, drinking glasses break and a window shatter, and the two men fall off a balcony to the floor below, with bloody noses and scratched faces.
► Two men in a car run another car containing a woman off a road and into a shallow river, where she is wet but unhurt. A man jumps from one car into another car and pulls a woman passenger with him. Thugs ram a car with two women inside and tell them to drive to a certain location. Two men chase two other men in a car. In a long car chase, an SUV chases a jeep through a parking garage, people in both vehicles fire handguns at each other and break the windshields; the SUV driver slumps at the wheel, the vehicle hits a pillar and explodes, three more SUVs chase the jeep outside the garage, strike poles and explode, and one SUV drives off the end of an unfinished freeway, taking an empty jeep that had stopped at the edge, with it (both crash with another explosion and another SUV drives over a gas can thrown under it and explodes).
► At a massive paintball game, adults and youths are knocked down by paintballs and a man tosses a paintball grenade into a wooden box filled with kids; it explodes and one kid complains of his eye hurting, although we see no damage. A woman with a jammed paintball rifle accidentally shoots a paintball into the crotch of her date, who groans and bends over in pain.
► In two scenes, a kids' karate coach yells at kids fighting on a mat; one boy pounds the other, but no one is injured. A coach smacks a child's father hard and the next time the dad punches the coach and doubles him over in pain. A man and his sparring partner box in an apartment and no one is hurt.
► A woman uses a flamethrower in close-up to test metals in a consumer products testing lab. A small dog at a shelter knocks down a tall man and chews on his shirt.
► Two men in an aircraft argue over a woman as they jump out with a parachute, pushing each other and shouting. We hear that several villains are in the morgue, dead.

SUBSTANCE USE - A woman tells another woman that they need a joint (marijuana), but they don't have one. Long bars are shown topped with glasses and bottles of alcohol that adults drink in several club and bar scenes, three dinner scenes show adults drinking, a bottle of wine is shown near a fireplace, a woman drinks wine while on the phone, two women drink large amounts of wine from huge wine glasses, and a CIA agent pretends to be drunk. A poster in a bar features a close-up of a woman exhaling cigarette smoke.

MESSAGE - Sex is different with someone you love. 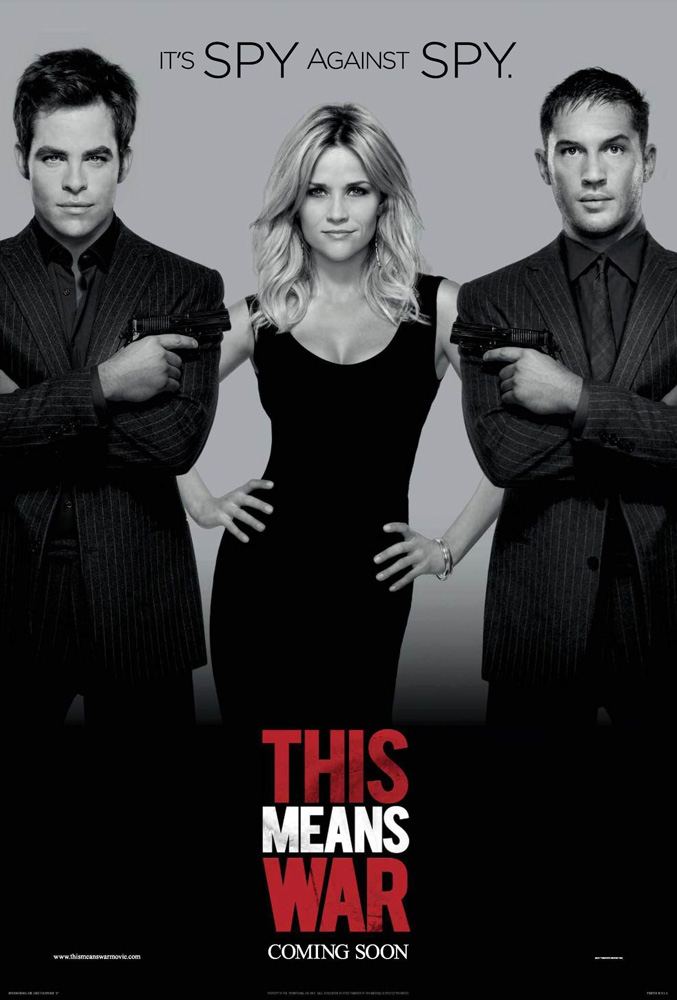