Remake of the eponymous 1957 western, about a struggling beef rancher (Christian Bale), who volunteers to escort a notorious stagecoach robber (Russell Crowe) to the 3:10 train to Yuma Prison for a $200 reward. While the odds are against him, the rancher is determined to complete his commission. Also with Logan Lerman, Dallas Roberts, Ben Foster, Peter Fonda, Gretchen Mol, and Alan Tudyk. Directed by James Mangold. [2:00]

SEX/NUDITY 4 - A man is shown finishing a nude drawing of a woman from a back view; we see the nude woman (we see her bare back and buttocks) and her drawing, the man kisses her and the scene ends.
► A man walks behind a woman, caresses the back of her neck, presses his body against her back, she turns around, he kisses her, and the scene ends. In a saloon scene, a barmaid wears a low cut dress that reveals some cleavage. A woman is dressed in period undergarments and cleavage, bare shoulders and arms are visible. A husband and wife lie fully clothed in bed at night, under the covers.
► A man tells a 14-year-old boy that women in Dodge City will do things to you that you'll never forget (meaning sexual techniques). A man makes crude remarks about another man's mother, saying that she was rancid and a whore.

VIOLENCE/GORE 7 - A man is shot in the abdomen 4 times and drops to the ground. A man shoots and kills several men in quick succession. An elderly man is shot, we see blood soak his shirt, and he falls and crawls away.
► Several riders on horseback shoot at a stagecoach, the passengers fire back, and two men fire a Gatling gun: two men are shot off their horses, a man is shot and we see a large spot of blood on his chest, and a man is shot in the face at close range (he covers his face with his hand and we do not see the wound or blood).
► A man strangles a man to death (we see convulsions and hear spluttering and gagging and other men pull him off, but it is too late).
► A stagecoach is attacked, the driver is shot off the coach, a gunman walks up to the stopped coach and the occupant shoots him in the neck (we see a streak of blood and the flash fire from the pistol); the coach is then set on fire.
► Two men walk through streets and a gauntlet of gunmen, and many people shoot back and forth as they go (9 men are killed). A man grabs another man by the throat and threatens him with a gun; another man shoots both of them, and one remains alive but is shot again and killed.
► A man rushes another man and smashes the muzzle of his rifle against his throat; other men pull him off. A man beats a man in the face many times and we see blood on his mouth and face. A man strikes another man in the face knocking him to the ground, and points a gun to his face. A man knocks another man off a horse, beats and kicks him, takes his rifle, and tosses him over a cliff; the attacker points the rifle at another man and yet another sneaks up from the side and holds a handgun to his temple forcing him to drop the rifle. A man stomps on another man's face and leaves him without a gun and or horse.
► A wounded man is covered in blood, and a doctor inserts a pliers-like instrument into the patient's chest and brings out a bullet while the patient groans (blood spills down the patient's shirtfront and the scene ends).
► There is an explosion and fire that separates a horse team from a coach and the front wheels fall off; then there's a stampede of cattle in front of the coach, which explodes in tall flames, and one man who escapes, runs and is shot dead.
► Several men walk into a camp and start a fight using shovels as weapons; gunfire erupts between the opposing sides and one man is killed. A man says that another man will be hanged, he is led away at gunpoint, and two of the men holding him are shot by a gunman.
► A man takes a man's rifle and knocks him down to keep him from being shot by 3 Apaches (the man receives a scalp wound and the man with the gun shoots all 3 Apaches).
► A man is shocked with high-voltage electrodes several times and he groans and yells.
► A 14-year-old boy finds 2 corpses laid out on a large rock. A wounded man is placed on a litter and taken away. We see a man die.
► A man gets out of bed, takes his shotgun and investigates a noise outside; he sees the outline of a man setting fire to his barn, he yells loudly and runs outside, he and other men rush into high flames trying to pull horses and equipment from the barn and a man is pulled out before the roof collapses.
► A coach explodes, men shoot locks off doors and strong boxes and steal large sums of money, and they also steal a watch from a corpse. A man holds two men at gunpoint and steals their weapons and horses.
► A man shoots an injured cow in a field, we hear the animal groaning and hear the shot (the animal is shot off screen).
► Two men argue: one is knocked to the ground, he charges into a saloon with his rifle drawn and yells for a man to come out (the man is not there). A man is arrested at gunpoint.
► A man tosses a bag of gunpowder into a railroad tunnel, and another man shoots it causing an explosion.
► Several men ready themselves with rifles and pistols and load them after hearing about a stagecoach robbery. A man enters a steer corral and fires a gun into the air to cause a stampede.
► A Caucasian man shoves Chinese men harshly, forcing them to work. A 14-year-old boy cocks the trigger and points his gun at a man, but then un-cocks it and lowers it. A 14-year-old boy grabs a pistol and sneaks out of the house when his mother thinks he has gone to sleep.
► A man talks about killing an animal and killing a person being different, and another man disagrees. A man offers townspeople a $200 reward for killing other people (several men and one woman wearing work pants strap on guns and wait in the street). A husband and wife argue about what to do after having been vandalized and their young son says, "Maybe we should just shoot 'em like Will says" (Will is his 14-year-old brother). A man talks a about losing a leg in the Civil War.
► In a doctor's office we see jars with small pigs in formaldehyde and posters of the inner anatomy of horses.

SUBSTANCE USE - A man uses snuff by inhaling it into one nostril, a man spits tobacco juice, and a man rolls a cigarette but does not smoke it. A barmaid pours several men shots of whiskey twice and they drink, a man pours one shot of whiskey into a glass and drinks it, and a young boy receives a tablespoon of whiskey from his mother as a cough remedy.

MESSAGE - Making a living in 19th could be dangerous. 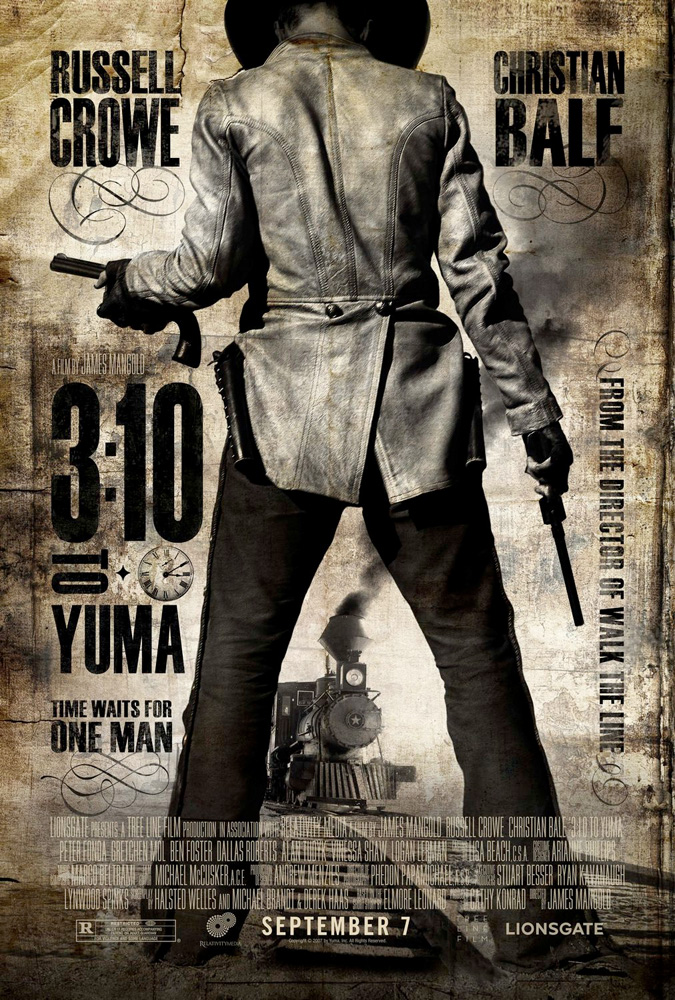