A police officer (John Cena) pursues a man and a woman, and when they get out of their car the woman runs from the scene and is struck by a car and killed. The man vows to exact revenge on the police officer and when he breaks out of prison, he forces the officer to finish 12 timed tasks, otherwise his girlfriend (Ashley Scott) will be killed. Also with Steve Harris, Aidan Gillen, Brian J. White and Gonzalo Menendez. Directed by Renny Harlin. [1:48]

SEX/NUDITY 3 - A man and a woman kiss passionately. A man and a woman kiss in a few scenes.
► We see a video of a woman dancing suggestively while a man holds her form behind. A man rubs a gun along a woman's bare chest (she is wearing a low-cut T-shirt).
► A man tells his girlfriend, "I have 10 minutes," his girlfriend says, "it only takes you 2" and he replies, "It's a strong 2" (implying a sexual encounter).
► A man admires a woman as she walks past. A police officer flirts with a woman in a car, which he has pulled over. A man flirts with women in a few scenes. Two men talk about whether one of them should ask his girlfriend to get married. A man says that another man has lived with 12 different women. A man describes himself as sexy.
► Several women wearing skimpy outfits (revealing cleavage, bare legs, bare abdomens and hips) are evacuated from a hotel. A woman wears a tight-fitting T-shirt that reveals cleavage throughout most of the movie.


VIOLENCE/GORE 7 - A man stabs another man in the stomach (we hear a crunch and the man falls forward), the knife is pulled out and we see it covered with blood.
► Two men are shot in the chest (we see blood on their shirts). A sniper shoots into a crowded bus and a man is struck in the arm (we see blood on his shirt and a roughly stitched wound later). A man shoots at two police officers, and one is struck in the buttock (we do not see the wound). A man shoots another man in the stomach twice (no blood is shown), he falls back and a man drags him away.
► We see two men with their throats slit (blood glistens on the wounds). We see several men dead on the floor with blood on their necks.
► A woman runs into a road and is struck by a car (we see her body thrown back and we see her lying motionless on the ground with blood on her head, face and the pavement).
► The cables on an elevator are severed, a man lying on top of the elevator car falls with it toward the ground, and dust and shrapnel are blown through passages when the car strikes the bottom and we understand that the man has died. A bomb explodes in a warehouse and we understand that two persons have been killed (we do not see anything). Two people jump out of a helicopter and into a swimming pool, the helicopter crashes and we understand that another person onboard has been killed. A house explodes and collapses and we understand that the person inside has been killed (we do not see anything). A car explodes, and a man near the car is thrown.
► Two men fight: one man is struck in the face repeatedly (we see blood), one man is stabbed with a scalpel (he pulls it out and no blood is visible), and one man is wrapped around the throat with medical tubing. A man is struck in the crotch with a fire extinguisher (he moans and falls on his back). A man punches another man in the face (we see his bloody lip). A man shoves another man against a pillar and holds his arm across the man's throat while threatening him (he lets go and walks away).
► A police officer on foot chases a man and a woman in a car, they shoot at each other, and a dog chases the officer and bites his gun, which he drops on the ground. Officers with guns drawn spread out through buildings in several scenes.
► A crowded streetcar speeds along tracks unable to stop and toward a group of people: a man climbs onto the roof of the streetcar, nearly falls off, and the streetcar crashes into a car across the tracks and then through structure at the end of the tracks (people run screaming). A boat on a towing platform is rolled into a road, a car crashes into the boat, and then flips and lands on its side (a passenger has blood on his head).
► A man slides down a tether on the outside of a multi-story building, he drops from the end of the cable and crashes through wooden platforms on nearby scaffolding (he's OK).
► A man in a fire truck speeds along city streets nearly striking pedestrians, crashing into many motorcycles and mopeds parked along the street, and crashing through a sidewalk café where people are seated (no one is shown to be injured). A man in a car speeds along city streets, nearly striking a bicyclist and a pedestrian and causes two other cars to crash together. A car speeds into a power station causing a huge explosion. A police car is nearly struck by a truck at an intersection.
► A man threatens to cut a woman's toes off. A man on a telephone threatens another man in several scenes. We see an explosive device strapped to a woman's chest and a man describes how there is a nail poised and ready to shoot into her heart and then another explosion will blow her up along with many other people.
► A fire squad reports to a burning building and helps people out safely, while other fire fighters remain in the building to douse the fire. A bomb explodes in a river (water sprays and no one is injured).
► We see a dead body covered by a sheet as it is wheeled out of a building and into an ambulance. We see a woman bound with plastic straps around her wrists and ankles and gagged with duct tape across her mouth, in several scenes. A man kicks the side of a car in anger.
► A man talks about another man and describes him as being responsible for terrorist and violent acts including the downing of a passenger plane, the bombing of an embassy, and the decapitation of his own brother. We see surveillance camera footage of a man being followed and identified by FBI agents.
► A woman spits in a man's face.

SUBSTANCE USE - People drink beer at a bar and pool hall.

DISCUSSION TOPICS - Revenge, death of a loved one, terrorism, games, ransom, greed, kidnapping, an eye for an eye.

MESSAGE - Saving and/or avenging someone you love is serious motivation. 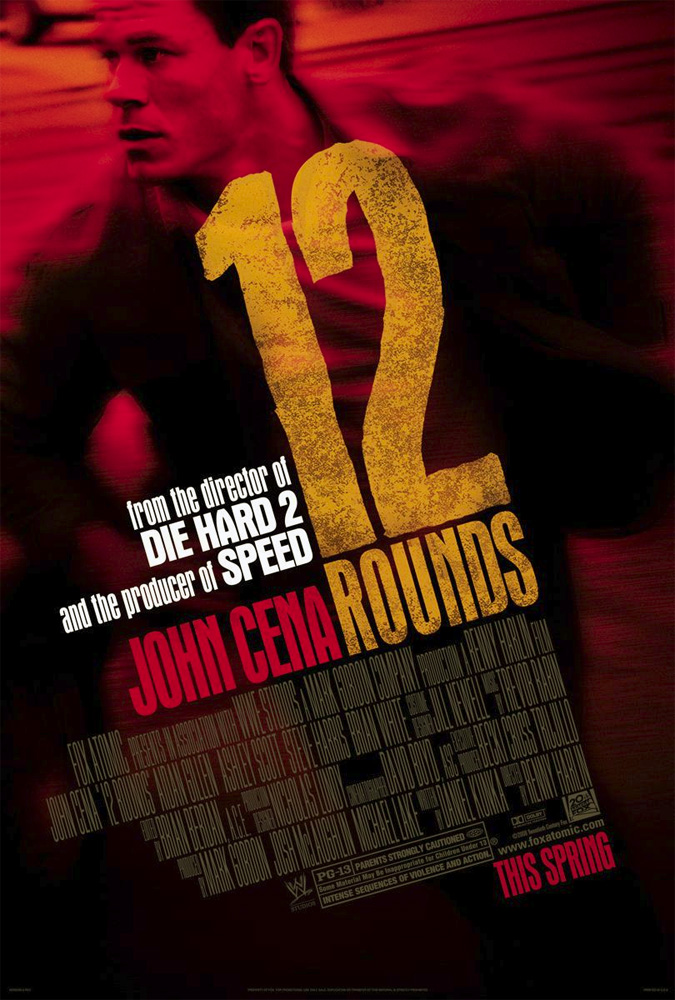