VIOLENCE/GORE 4 - While driving drunk, a teen boy swerves into oncoming traffic and a teen girl shouts at him; he swerves back into his lane and stops the car, he shouts at the teen girl after she acts concerned for the teen boy's health and he shoves her out of the car and we see a semi truck drive by rapidly and hit the girl; we see the teen girl in the hospital with her arm in a sling and she is later seen with her arm in a sling and a small bruise on her eye.
► While driving drunk, a teen boy swerves in and out of his lane of traffic as he is drifting in and out of consciousness; we see the boy drive down a street and plow over a mailbox, the boy's mother comes out of the house and shouts at him as he shouts back and she chases him into their house.
► A teen boy rapidly approaches another teen boy and it appears that he is about to hit him; we see the boy flinch and the other boy stands down. A teen girl accidentally hits a teen boy in the face and the boy jokes that the girl gave him "a bruise." A teen boy fires a water pistol at another teen boy. A woman jokingly acts like she is going to punch her teenage son and they both laugh.
► We hear a dog yelp and a teen boy jokes that he hit the dog with a newspaper that he was tossing, but that the dog was unharmed (we do not see the dog or impact).
► A teen girl shouts at a teen boy and storms away. A teen girl says that her father had died from a drug overdose, explaining that her older sister had found him dead and had to close his eyelids. A doctor advises a teen boy that the police could be involved (we do not see the police) after an incident when a teen girl was struck by a truck. We hear a portion of a story where a teen boy tells a teen girl that he had jumped out of a car going 25 MPH. A teen boy jokes that people defecate in water, and that people should not swim in it (we see people swimming in the background).

SUBSTANCE USE - A teen boy is seen smoking what appears to be a marijuana cigarette, and a teen girl tells a group of people that her father had a drug problem that had killed him. Throughout the movie we see a teen boy drinking beer and liquor from flasks at bars and at parties and by himself, a teen boy is seen driving while intoxicated as well as drinking and driving, a teen boy is seen carrying a cup that is implied to have soda with liquor (we see him pouring liquor from a flask into the cup on multiple occasions), a teen boy drinks liquor from a bottle by himself (he is obviously an alcoholic and is seen driving under the influence of alcohol), a teen boy drinks in a bar with an older man who is obviously intoxicated and we see them cheering to one another and drinking shots of liquor, a teen boy is seen drinking in a bar with a group of young women and he drinks shots of liquor and beer, a teen boy is seen waking up from blacking out in a random yard, a man lectures a teen boy about the boy showing up at work drunk and asks the boy not to come back to work drunk and the teen boy tells the man that he cannot promise, a teen girl drinks from a flask with a teen boy, we see a teen girl drinking throughout the movie from a flask and pouring liquor in a glass at a school dance and drinking in public from a flask, teenagers drink at parties throughout the movie, teenagers are seen drinking shots of liquor as well as having what are implied to be glasses of beer and serving beer for themselves from kegs, a man is obviously intoxicated when he greets his teenage son and a teen girl, we see a man drinking and offering his teenage son and a teen girl glasses of beer and we see the three of them drinking, men and women drink wine at dinner, a teen girl accuses a teen boy of being intoxicated and the teen boy retorts that the teen girl is also drunk, a teen girl asks a teen boy if he has "made her a lush" when he tells her about his new girlfriend, a teen boy tells a teen girl that his father had given him his first taste of beer as a child and had not "gotten drunk" but was allowed to have multiple sips, two teen girls ask a teen boy if he has any beer and the teen boy reveals a cooler full of beers, we see liquor and beer signs at a liquor store. A man smokes cigarettes near-constantly, a teen girl is seen holding a lit cigarette, and we see an ashtray filled with cigarette butts. 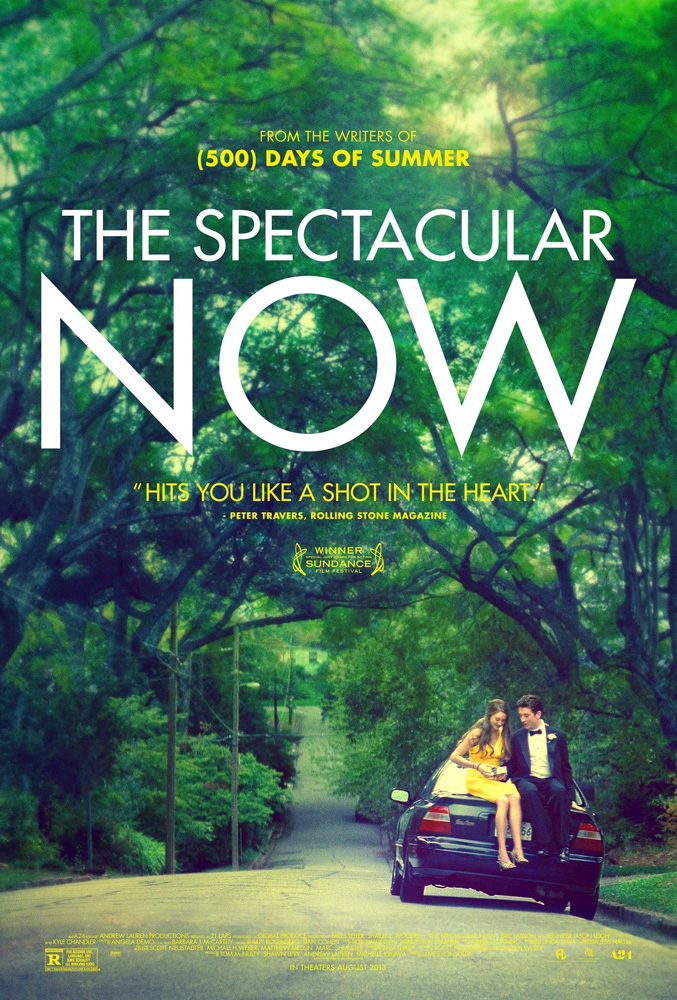