Why is “Sobibor” rated NR? The MPAA has not rated this film. The Kids-In-Mind.com evaluation includes many scenes of non-sexual nudity and a couple of groping and leering scenes, many scenes of mass murder, many scenes of sadistic treatment of prisoners, bloody beatings and executions, and some strong language. Read our parents’ guide below for details on sexual content, violence & strong language.”

Based on events that occurred in the Polish Sobibór extermination camp during WWII: Led by a Soviet officer (Konstantin Khabenskiy) military and civilian prisoners manage to escape their Nazi guards, while knowing that some of them are not going to make it. Also with Christopher Lambert, Mariya Kozhevnikova, Michalina Olszanska, Philippe Reinhardt, Maximilian Dirr, Mindaugas Papinigis and Wolfgang Cerny. Directed by Khabenskiy. Dialogue is spoken in Russian, German and Polish with English subtitles. A few phrases are spoken in Yiddish without translation. [Running Time: 1:50]

– Nazi soldiers watch prisoners as they exit trains and are received to a prison camp; families are separated and many women are told to undress to shower and we see many fully nude women (their bare breasts, pubic hair, abdomens, buttocks and backs are seen) walking through hallways and into a room (please see the Violence/Gore category for more details). Women are shown wearing low-cut tops and dresses that reveal cleavage. Shirtless men are shown bathing in a couple of scenes (we see bare chests, abdomens and backs). A man gestures to unfasten his pants to show another man that he is circumcised as to prove that he is Jewish (it is below the frame).
► An officer asks a woman if she likes a piece of jewelry and she says no, he has another prisoner put the necklace on the woman’s neck and orders the man to tell the woman that she is beautiful and then to kiss her; the man kisses the woman on the cheek several times and the officer calls out for him to kiss her with passion. A woman kneels next to a wounded man on the ground and caresses his head and face, and she kisses his face and lips and they hold each other.
► A man asks if it “gets him going” for another man to watch prisoners be gassed to death. A Nazi officer talks about having loved a Jewish woman and that they were going to marry, but his father was an anti-Semite.

- An officer drinks from a flask, a man pours a cup of cognac for a prisoner who says that he cannot drink it, and a man drinks from a bottle and stumbles down stairs.

- The Holocaust was an unbearably horrible event and the courage some people mustered to escape a prison camp was immense. 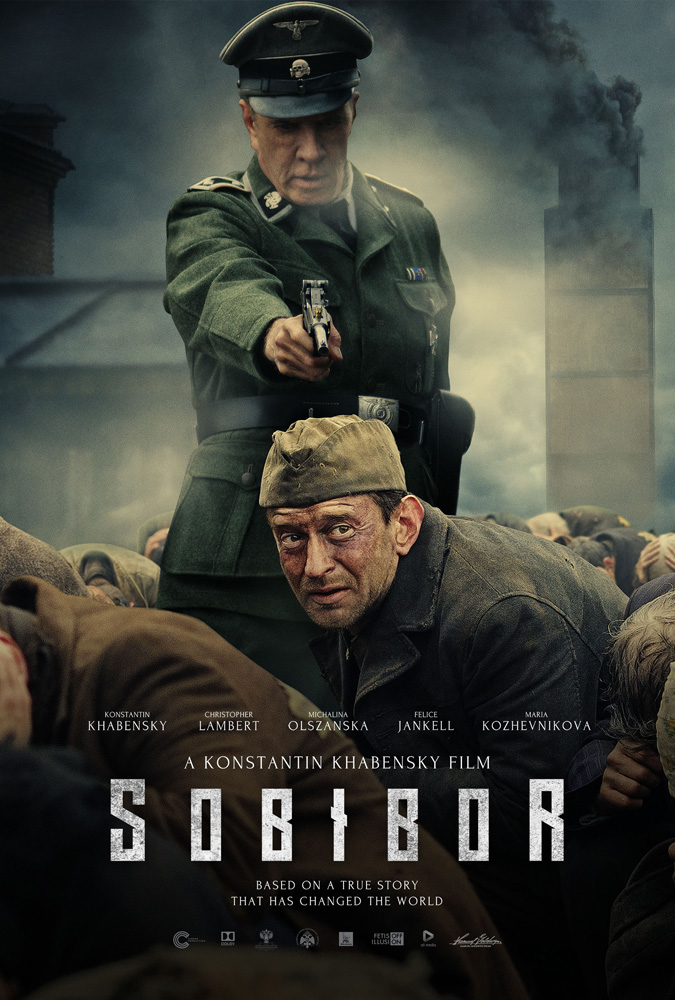