Kate Hudson stars as Caroline, a woman whose guilt over not having helped her ailing father before he died, motivates her to become a hospice nurse. Her most recent assignment takes her into the dark swamps of a New Orleans parish where an elderly woman (Gina Rowlands) and her dying husband (William Hurt) live. The man has had a stroke and is unable to speak, but Caroline is convinced that he is trying to communicate with her and that he is not really dying but has been placed under some sort of spell. Also with Peter Sarsgaard, and Joy Bryant. Directed by Iain Softley. [1:44]

SEX/NUDITY 3 - A woman takes off her top to shower (the sides of her bare breast and her back are visible) and we see her in skimpy panties. A woman wears low-cut tops and dresses that reveal cleavage in several scenes, and a woman wears tiny panties that reveal part of her bare buttocks in several scenes. A woman lifts a man out of a wheelchair and into a bathtub (we see his bare shoulders, chest and abdomen).
► Men and women dance in a bar and men and women dance at a party.

VIOLENCE/GORE 6 - Two children sit in the center of a ring of lit candles while a man and a woman perform a ritual (the man and woman thrash and convulse); several other men and women come into the room, grab the man and the woman, and force them outside where they are hung by ropes from a tree, doused with alcohol and set on fire (we see their feet kicking).
► Two women fight bashing each other's head against walls and pulling hair; one is thrown down stairs and we then see her twisted and bloody legs. A man wraps a cord around a woman's throat and squeezes until she collapses (we see her later, bound and gagged).
► A woman goes into a dark attic room where she finds jars of what looks like organs, a monkey head, and a human head with eyes and mouth stitched shut; she drops a jar on the floor and it breaks -- it contained a skin sack stitched up with something inside it. A woman has a nightmare and sees her face with her eyes and mouth stitched shut.
► Using a shotgun, a woman shoots at another woman several times. A woman holds a gun on a woman, and a man holds a gun on a woman. A man snaps garden shears at a woman. A woman wakes up from loud shuttering and knocking, she investigates and finds a man pulling himself along a roof; the man falls from the roof onto the ground below (he is not seriously injured).
► A man looks into a mirror and has a fit (he thrashes in fear). A woman goes into a dark attic, she hears noises, and she investigates, finds a door, tries to open it but cannot. A woman performs a spell over a man and is startled when another woman pounds on the door. A woman walks into a gas station that appears to be deserted and she is startled by an elderly blind woman with milky-covered eyes. A woman paddles a boat through a dark swamp.
► A woman's broken legs have large lumps under the skin and gaping wounds. A woman cuts her hand with a knife and smears the blood onto the floor around her. A woman cuts the legs and head off a dead chicken. We see alligator heads with sharp teeth in their mouths, oyster shells on a counter with flies buzzing around them, and bones dangling from strings.
► A floor standing mirror falls onto a woman knocking her to the floor and she lies unconscious. A woman runs, climbs a trellis, a man grabs her foot, and she kicks him in the face. A man grabs a woman's arm and she complains that he is hurting her.
► A man dies while a woman reads to him in a hospital. A woman drives her car into a locked gate, she tries to ram it in order to open it and crashes into a birdbath.
► We hear about a man abusing "his help." A man and a woman go into a dark, shack where an elderly blind woman sits in a chair and they talk about conjuring and human sacrifice. A woman describes a house's location as being in a swamp with "gators and guys missing teeth." We hear a recording of a man's voice chanting words like, "Lord please take me..."

SUBSTANCE USE - People are shown drinking alcohol in a few bar scenes, and we see people drinking alcohol at a party. A woman drinks tea that has been drugged, and a woman says that she is giving a man a prescription medicine to help with his ailments. A woman smokes cigarettes in several scenes and she says that she smokes a lot and enjoys it.

MESSAGE - Southern superstitions are a way of life for some. Anyone can be persuaded to believe in the supernatural, no matter how much he claims not to. 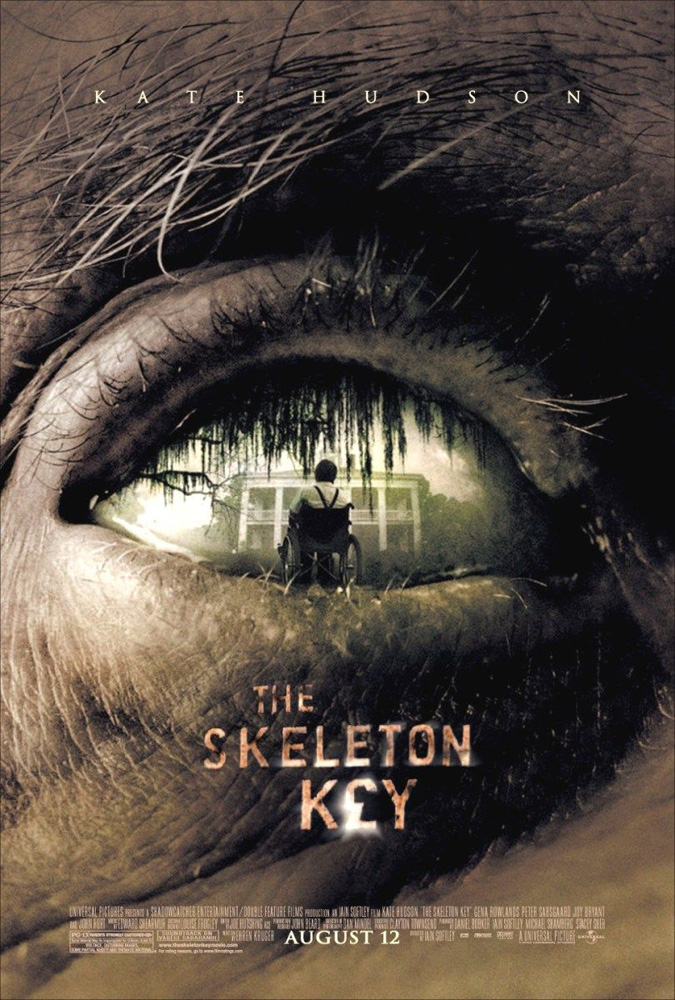