Four 17-year-old young women have been lifelong friends, but will be separated for a summer and long for a way to stay connected. While shopping in a thrift-shop, they find a pair of jeans that miraculously fits all of them -- even though they have different sizes and shapes. They decide that they'll stay connected over the next several weeks by each one wearing the pants for a week and documenting what has happened during that time, before sending them on to the next person. Based on the novel by Ann Brashares. With Amber Rose Tamblyn, Alexis Bledel, Blake Lively, America Ferrera and Bradley Whitford. Directed by Ken Kwapis. [1:59]

SEX/NUDITY 4 - A young man sits next to a teenage girl on a beach, they kiss and it is implied that they have sex.
► A teenage girl takes off her blouse and skirt (we see her in bra and panties) and dives into the sea; a young man takes off his shirt (we see him bare-chested) and dives in to join her. A bare-chested man and a fully clothed woman kiss on a beach. A man applies sun lotion to a woman's bare back (there is no strap on her back, implying that she is topless).
► A teenage girl takes off a pair of pants that she has tried on (we see her in bikini panties), and another teenage girl takes her pants off to try on the pants and we see her in panties. Several young women jog on a beach wearing exercise togs that reveal bare abdomens, shoulders, legs and cleavage. We see pencil sketches of a bare-chested young man. Women wear low-cut tops and dresses in several scenes.
► A young man and a teenage girl kiss tenderly, and they kiss again in two other scenes. A teenage girl and a young man hug and she kisses him on the cheek.
► A teenage girl flirts relentlessly with a young man: she makes suggestive remarks, she approaches him in a bar, she walks past his cabin wearing a revealing outfit (tight jeans, a short, unbuttoned top that reveals bare abdomen and deep cleavage), and she pours water over her face so that it trickles down her chest.
► Men and women dance in a cantina: one teenage girl dances with a young man in a suggestive fashion (he stops dancing and walks away from her saying, "I can't do this.").
► A teenage girl writes in a letter that she is "obsessed with a guy." A teenage girl meets a young man on a boat against her grandparents' wishes. Four teenage girls talk about beaches in Greece being "nude beaches." Four teenage girls react to each other trying on clothing, saying things like, "you're hot," etc. Teenage girls make rules for a pair of pants they share, and one is that "any removal of the pants can only be done by the wearer." Teenage girls talk about it being against the rules to have relationships with coaches at a camp.

VIOLENCE/GORE 3 - People gather and grieve at a grave site and it is implied that a woman has committed suicide. A girl lies in a hospital bed dying of leukemia (we see an IV and she looks very pale) and we understand later that she has died.
A girl collapses in a store and we see her lying still with a wet spot on her pants (she presumably urinated on herself) and we see her being wheeled out of the store on a stretcher.
► Boys seated in an audience laugh at girls performing on a stage, and one of the girls steps off the stage and hits them with a rolled up piece of paper. A teenage girl throws a rock at a window, breaking it and startling the people inside the house. A teenage girl falls off a donkey and lands on a stone step.
► A young man and a young woman play tennis, she hits the balls aggressively and eventually hits one so hard that it hits the young man in the head, knocks him to the ground and leaves a large red welt.
► A woman yells at a young man and shoves him. A woman yells at a teenage girl and accuses her of hurting her family. Two teenage girls yell at and insult each other in a few scenes, a teenage girl yells at a woman, and a teenage girl and a younger girl yell at each other. A teenage girl confronts her father about how he made her feel after leaving her and her mother.
► A grandmother spits on her granddaughter and makes reference to this action as a ritual that will keep her safe from the "evil eye." A man leaves his family (we see a young girl watching her father walking away from their house) and the daughter says that she doesn't think, "he's ever coming back this time." We hear that a man is in a treatment facility for alcoholism. A young man talks about his parents having been killed in a car accident.

SUBSTANCE USE - People drink alcohol in a cantina, and sales people smoke cigarettes outside a store in a break area. Teenage girls go into a cantina, they dance but we do not see them drinking alcohol.

MESSAGE - Make the best of life and enjoy it. Happiness is about all the little things in life. Santorini is breathtakingly gorgeous. 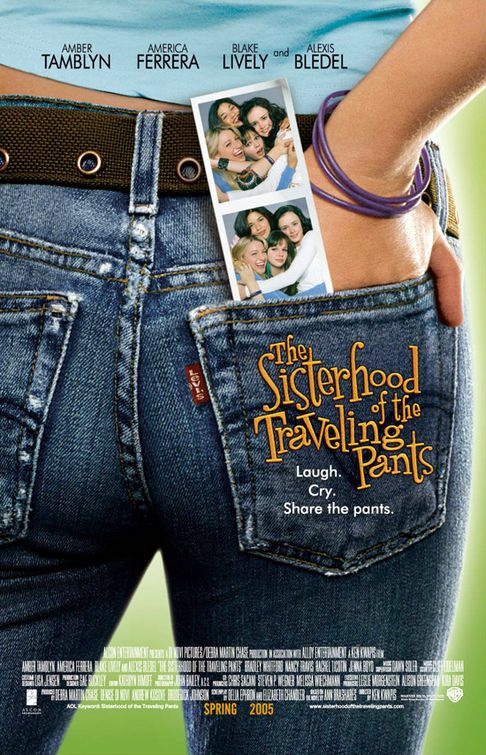