As the radio news broadcasts that a US space shuttle sent into space to protect Earth from an asteroid impact has failed, a man's (Steve Carell) wife abandons him. He decides to take a road trip to find his high school sweetheart hoping for a meaningful encounter, accompanied by his neighbor (Keira Knightley). Also with Melinda Dillon, Connie Britton, Adam Brody, Rob Corddry, Martin Sheen, William Peterson and Gillian Jacobs. Directed by Lorene Scafaria. [1:34]

SEX/NUDITY 4 - A man and his date leave a restaurant, she kisses him and she says, "I want you to be my last" as the scene ends; the next day, he apologizes for having had sex with her and she says they had end-of-the-world sex and it won't happen again. A man and a woman kiss for a prolonged time in a park and a passerby shouts at them.
► A waitress in a restaurant kisses a man and his date on the mouth and then dives under the table and the man jumps as if she had been attempting something below screen. Waiters and waitresses in a crowded restaurant kiss customers.
► A woman enters a bathroom where a man is lying in a bathtub, trying to relax, and she bends over and kisses him. A man and a woman embrace tightly, they lie down on a bed side-by-side, fully clothed, facing one another and she begins to cry as he tells her that he is madly in love with her and is glad he was able to meet her this week and get to know her.
► A man learns that his wife had been having a sexual affair regularly with a male visitor to their apartment, becomes upset, and decides to find his old girlfriend.
► A man drinking alcohol at a party (please see the Substance Use category for more details) slurs his words and chants, "It's raining [anatomical term deleted], it's raining [anatomical term deleted]," he tells another man that women no longer care about becoming pregnant, catching diseases, or small "[anatomical term deleted]," but will all have sex now that it's the end of the world; the drunken man asks the second man, "Do you want to stuff the cookie?" as he points to a woman, implying sex. A woman meeting her neighbor at his apartment says, "I won't steal anything if you won't rape me" and he agrees. A woman says she is a recovering serial monogamist, is a romantic like her parents and is afraid of being alone. A man says that he got married to avoid dying alone, but is alone at the end of the world anyway. A woman tells a man, "Maybe I'll see you at a support group or an orgy." A man receives an overdue letter from an old girlfriend saying that he was the love of her life. A woman tells a man that all of her affairs were with future strangers. One man tells another man, "It's not about who you lay down with at night when the lights go out," speaking about the meaning of life. A soldier tells another man that a woman they know would be perfect for helping to repopulate the world after an asteroid impact. A man says that a dog left alone is probably horny.
► Two women wear low-cut dresses that reveal significant cleavage. Women wear skintight jeans in several scenes, outlining their buttocks and thighs.

VIOLENCE/GORE 6 - We hear that a space shuttle has exploded and an asteroid will destroy the Earth in three weeks. We hear that an asteroid bound for Earth is a week ahead of schedule.
► A man parks his car on the rooftop level of a parking garage when a body falls on the windshield, cracking it. A man in a pickup truck speaks with a passenger about whether another man is an assassin the first hired to help with suicide when a shot rings out, breaks the windshield and punctures the driver's throat; the driver dies and we see a large patch of blood on his throat and splattered on his chest.
► In a street scene, looters with torches, clubs and crowbars break store windows, set places on fire and wreck parked cars; they run over a man complaining of an injured hand, implying that they killed him. A man grabs his girlfriend and uses her as a human shield against gunfire, which does not hit anyone. Looting is shown on a television screen with a reporter stating that people have been attacking one another.
► A woman leaves an apartment and a man shouts at her through the open door, and then slams it; later, they argue in the street until she gets in a car and drives away. A police officer arrests a couple for speeding and puts them in jail overnight; while in jail, the man tells his date that he feels he is falling over a cliff with a bomb strapped to his chest and comforts her as she cries. A man and his father argue about the older man leaving the family when the mother was ill.
► In an apartment, the power goes out and a man lights a candle; we hear explosions off screen growing louder and louder until the screen whites out and then goes black.
► A man driving a Smart Car nearly hits a line of people crossing the road, but pulls off to the side in time to avoid them.
► A boy shoots a cap gun with a loud bang at the back of a man's head during a dinner and the adults at the table scream; outside, one of the men at the dinner gathers the children around while firing off large fireworks and as sparks and smoke fill the screen he tells the kids there is no danger.
► A woman cries, lamenting that she missed a plane to her parent's home in the UK. A woman cries during a phone call to her family. A woman cries loudly at a work meeting. A man cries because he thinks his girlfriend is having sex with someone else and when he smashes his fist into a doorjamb in anger he complains that he broke his hand (we see no damage). A notice is shown in close-up that reads "Hire An Assassin," for people too afraid to wait for the end of the world.
► A man goes into work and vomits into a trashcan below screen (we do not see the vomit). We see a large spider in a bathroom sink and then on a man's face as he sleeps; the next morning we see dozens of red bumps on his face from spider bites.
► Several retired military men have a bomb shelter in which they have stored a supply of rifles and army-issue body armor, along with food and supplies.

SUBSTANCE USE - A man drinks window cleaner and passes out in a park, a woman smokes marijuana at home as well as in a car while riding and while driving and in a restaurant where other men and women are also smoking marijuana, a woman offers marijuana to a friend who declines, several house party scenes show people injecting themselves with drugs, we see prescription bottles and rubber tubing stretched around a person's arm (injections occur off screen), a man drinks from a bottle of codeine cough syrup, goes to the drug store, purchases another bottle and drinks part of it while walking home and later a female neighbor drinks the rest of it in his home, and a man places a marijuana cigarette in his mouth to hide it from a policeman and says it made him feel sick like a bomb was strapped to his chest. A man drinks whisky while his wife says to stay sober and he replies that Jesus was not sober on his last day on Earth and that he did not change water into lemonade, several house party scenes feature men and women drinking alcohol, a woman carries a glass of wine into a bathroom (she does not drink it), several toddlers and elementary-aged children drink martinis held for them by a man who cheers them on, several restaurant scenes show men and women drinking mixed cocktails and two dinner scenes show men and women drunk from wine.

MESSAGE - Live every day as if it was your last day on Earth. 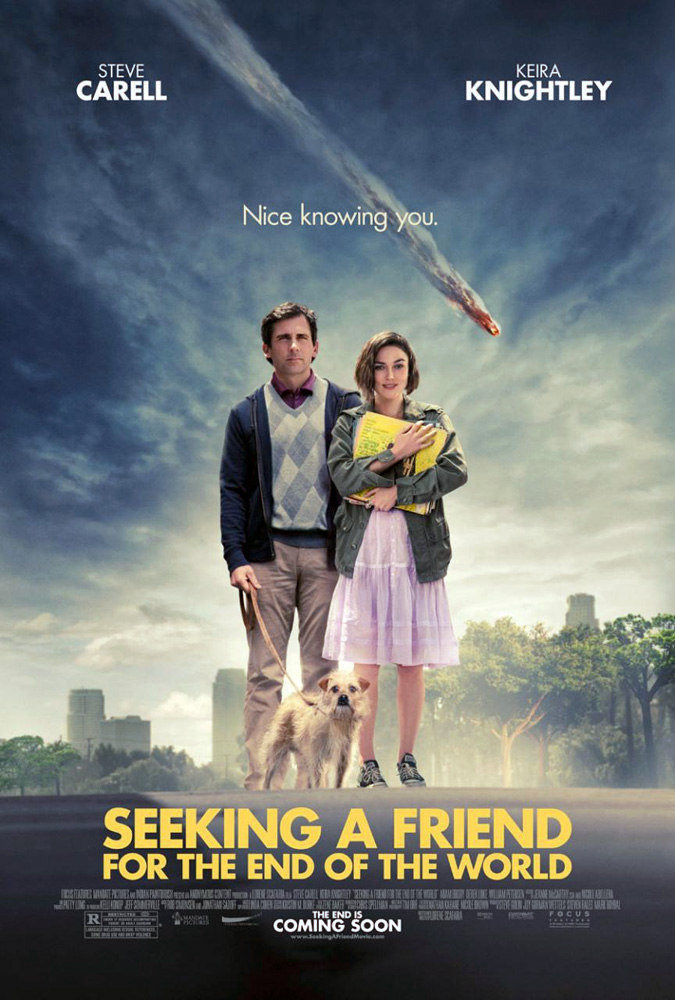