Why is “7500” rated R? The MPAA rating has been assigned for “violence/terror and language.” The Kids-In-Mind.com evaluation includes a hijacking by men using shards of glass as weapons and several people are wounded by stabbing or killed by throat slashing, there is one shooting, a few fights and a lot of yelling and some implied violence out of view in the plane cabin, and at least 15 F-words and other strong language. Read our parents’ guide below for details on sexual content, violence & strong language. Pilots use the distress code “7500” to signal a hijacking, which is what happens to a Berlin to Paris flight: the movie unfolds in real time as three hijackers kill the pilot, leaving the first officer (Joseph Gordon-Levitt) in charge of the plane, and while the cockpit door is locked, the hijackers start killing passengers, as the plane is descending for an emergency landing. Also with Omid Memar, Aylin Tezel, Carlo Kitzlinger, Murathan Muslu, Aurélie Thépaut, Paul Wollin, Hicham Sebiai, Cornel Nussbaum, Passar Hariky and Denis Schmidt. Directed by Patrick Vollrath. Several lines of dialogue are spoken in German, French, Polish and Turkish with English subtitles. [Running Time: 1:32]

– A man and a woman kiss and talk about their son.

– A man stabs a man in the neck with a shard of glass and stabs him in the abdomen when they struggle briefly. A flight attendant is buzzed into the cockpit by the captain and a man behind her shoves her into the cockpit, stabs the pilot repeatedly in the abdomen and another hijacker stabs the first officer in the arm (we see blood on their shirts); the first officer shoves the second hijacker out of the cockpit and locks the door, and then hits the other hijacker over the head with a fire extinguisher after they fight briefly (we see blood on his head). A man holds another man by the neck and presses a shard of glass against his throat while shouting for a man to open the cockpit door; the hijacker counts down and we hear screaming outside the cockpit door as the threatened man is murdered (we see him dead later with blood on his throat and chest). A man is shot in the chest and falls to the floor (we see blood on the wound and he breathes erratically). An injured man lies on the cockpit floor and moans as he regains consciousness; another man kicks him in the head a few times, tapes his hands behind his back and straps him into a safety harness (we see more blood on his face and head). A hijacker holds a woman around the throat and she pleads with him saying that she has a child and that she is Muslim, like the hijackers; the hijacker slits her throat below the screen and we see her dead later with blood on her throat. A hijacker holds a woman by the throat and threatens to kill her; he lets her go when he hears commotion in the cabin. A hijacker holds a shard of glass on another man in the cockpit and yells at a police representative trying to negotiate with him.
► A man gets free from his bindings and attacks a man in a cockpit knocking him unconscious (we see blood on his face); another man enters the cockpit and the first man tells him to kill the unconscious man (he ties him up). A hijacker yells at a man in a cockpit and says, “I’m not afraid to die.” A hijacker says that they are going to crash the plane to avenge the deaths of others. A hijacker hyperventilates and says that he doesn’t want to die. A man screams and pounds on a chair in frustration. A pilot pleads with passengers on a plane to stand up to hijackers. A man pulls an unresponsive man onto the floor of the cockpit and does CPR to try to revive him without success. Several scenes have people shouting in the cabin of the plane and pounding on the cockpit door (we see a security camera screen that shows what’s happening right outside the door). We see passengers going through airport security at an international airport and a couple of people are shown being patted down.
► A plane flies through heavy weather and cross winds and makes an emergency landing; we see passengers running off the plane and we hear pounding and yelling in the cabin. A hijacker sets a plane to dive toward a city and we hear alarm bells sound as it is getting close to the ground, before it is pulled back up. We see attack planes flying next to a passenger plane that has been hijacked. A plane takes off and flies through turbulence that causes the plane to shake. During pre-flight checks, a pilot reports that there is a small cut in an airplane’s tire that would need to be addressed later. We hear that two passengers have not reported for a flight and that they had checked luggage.
► A man bandages his own arm after having been attacked by another man with a knife (we see blood and the man yells in pain). A woman tells a man that he smells after kissing him and asks him what he had to eat. A man gets on his knees and urinates on the floor (we hear his zipper open and hear urine trickling onto the floor.

– A man buys several bottles of liquor in a duty free shop in an airport.

– When you knock out a hijacker, make sure he’ll be out for a while. 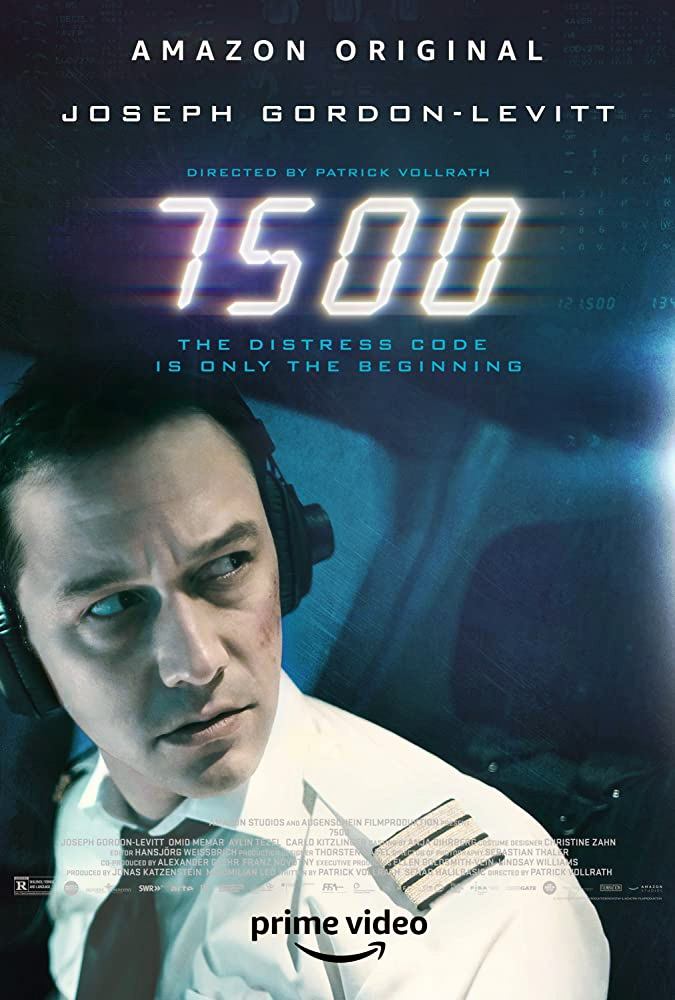