Why is “Radioactive” rated PG-13? The MPAA rating has been assigned for “thematic elements, disturbing images, brief nudity and a scene of sensuality.” The Kids-In-Mind.com evaluation includes a couple of implied sex scenes including partial nudity, a sexual relationship between a married man and a woman, a few kissing scenes, a couple of scenes of childbirth, several scenes of radioactive materials being used to build bombs, a scene of a nuclear plant meltdown, an atomic bomb test and its results, a death by horse-drawn carriage, several wounded soldiers are seen with bloody wounds and missing limbs on the battlefield and in hospitals, several arguments and discussions of sexism, and some name-calling. Read our parents’ guide below for details on sexual content, violence & strong language. Biopic of the life of Marie Skłodowska Curie (Rosamund Pike), whose discoveries of radium and polonium revolutionized medicine and the production of energy, as well as the development of nuclear weapons. She was also the first woman to win the Nobel Prize and the first person in history to win the award twice for her groundbreaking scientific work. Also with Yvette Feuer, Mirjam Novak, Ralph Berkin, Sam Riley, Simon Russell Beale, Sian Brooke, Faye Bradbrook, Drew Jacoby, Aneurin Barnard and Harriet Turnbull. Directed by Marjane Satrapi. [Running Time: 1:49]

– A husband and his wife kiss in a laboratory and the scene shifts to them lying nude in bed and kissing (sex is implied); we see his bare back and chest and her bare back and buttocks. A fully nude man and woman run along a dock and jump into water (we see bare buttocks, legs, backs, his bare chest, her bare breasts and abdomen and a glimpse of his genitals between his legs). A married man and a woman kiss and we see them sleeping in bed together. A man proposes to a woman and they kiss.
► Two women talk about letters published in a newspaper and one woman describes them as including details of intimate pleasures. A woman tells a man when they discuss working together, “I will not be your mistress.” A man tells a woman with whom he is having an affair, that he is returning to his wife.
► A woman is shown in labor and she pants, moans, and perspires until we see her holding the child wrapped in a blanket.

– A nuclear power plant is shown in flames and people are led out by rescue workers as they cough and gasp; one worker enters a room that appears to be filled with radiation, where he vomits (we see a bit of goo) and collapses gasping (we see him in the hospital later with burn scars on his face and discolored skin). A man walks into a road in front of a horse-drawn carriage and after hanging on between the horses and being dragged, loses his grip and is crushed under the wheels (we see him lying on the ground with blood pooling under his head). We see a bomber plane prepare and drop a bomb that explodes in a mushroom cloud (we understand that this was the bombing of Hiroshima) and we see a man with burn scars on his face in the hospital in a later scene. An atomic bomb test is shown with people seated out in the open and wearing goggles as the flash bursts in the distance; we see a model town as it is overcome by the blast and mannequins melt and sink into the ground in flames. A couple of WWI scenes are shown where there are flames burning in the background and we hear explosions; we see a dead horse and other debris in one scene, and another scene shows many men with bloody wounds including burned flesh and missing limbs; a charred body is shown impaled on a tree limb as two women drive by in a truck.
► A man and woman argue bitterly and she slaps him in the face and leaves the room. A woman confronts another woman for having an affair with her husband; she calls her names and slaps her in the face. Groups of angry people gather outside a woman’s apartment and yell for her to leave Paris as they call her names, including derogatory ethnic slurs. A woman enters a room where several men are gathered in a meeting and she confronts one man about her laboratory equipment being moved again; they argue briefly and the man evicts her from the lab and scoffs as she leaves the room. A woman argues with another woman as to whether she should apologize to a man and she refuses to consider the possibility. A woman is declined opportunities by men. A woman argues with a man about collaborating on their scientific research. A woman is confrontational with a panel of men when she is offered the opportunity to interview for a professorship (taking over her deceased husband’s seat). A woman meets with a man about funding her to procure trucks equipped with mobile X-ray machines so that she can use them on the battlefields and save many soldiers’ lives and limbs.
► A woman talks about certain scientists believing that the Earth is flat. A woman and a man discuss the possibility of radium being used to cure cancer. A man and woman discuss the possibility of creating artificial radiation.
► Several men and a woman carry large bags filled mineral pitchblende, and the woman is shown pounding it to dust with a heavy tool before breaking it down to its component parts. A woman lights a burner, papers blow into the flame causing them to catch fire, and she throws a cloth over them to quell the flames. A woman pours several beakers of liquid chemicals into a sink. A woman has a dream and sees waves of radioactivity pulsing through several settings. A woman initiates an experiment with liquid over a flame and the liquid foams up and breaks the beaker.
► A young child is strapped onto a table and prepped for radiation treatment to treat his cancer. A woman screams in childbirth and we see a man holding forceps as he leans over her (she and the child are both fine later). A woman hyperventilates and panics about going into hospitals in a few scenes.
► Three wounded men are shown in wheelchairs missing limbs after being wounded on the battlefield. A woman lies in a hospital bed and her young child asks, “Will you die?” A man tells a woman, “I’m sick.” A woman says that she has anemia. A man talks about someone having leukemia and another person having severe anemia. A woman talks about her mother’s death and how painful it was to try to understand it as a child. A woman describes that people are looking at them with “hate.” A man coughs violently in several scenes and we see blood on a handkerchief a few times. A man is shown with a lesion in his wrist after exposure to radioactive material. A man is shown lying in an open casket and a woman wails in grief. A woman says that another woman died, so they closed a place where she would lead séances; another woman pleads with her to “make my husband appear,” after he died. A woman collapses and is shown being wheeled through a hospital on a gurney. We see scarring or a rash on a woman’s hand. A woman says, “I cough blood most nights.” A woman tells her adult daughter that the work she and a young man are doing is dangerous and that she should not see him anymore. A man tells a woman, “Radiation has crippled your bones.”
► A child walks in a funeral procession after her mother dies. We hear that a man’s skull was crushed by a horse-drawn carriage. A man and a woman go to a meeting where a woman purports to be communicating with the dead; they discuss spiritualism and argue about its validity.
► A young boy picks up a salamander from a stream and puts it back into the water.

– A woman makes a joke about a man “drugging her into compliance” to marry him. Several men seated at a table smoke cigarettes and drink from glasses of unidentified alcohol in a few scenes, a man brings home a bottle of champagne (we do not see anyone drink), a man orders a bottle of champagne at a café (we do not see anyone drink), a woman drinks a glass of wine, a woman drinks several shots of liquor, and four people are shown with partially empty glasses of wine with a meal. People are shown smoking cigarettes in a lecture hall.

– Genius recognizes no gender or ethnicity. Even the most significant achievement can have negative consequences. 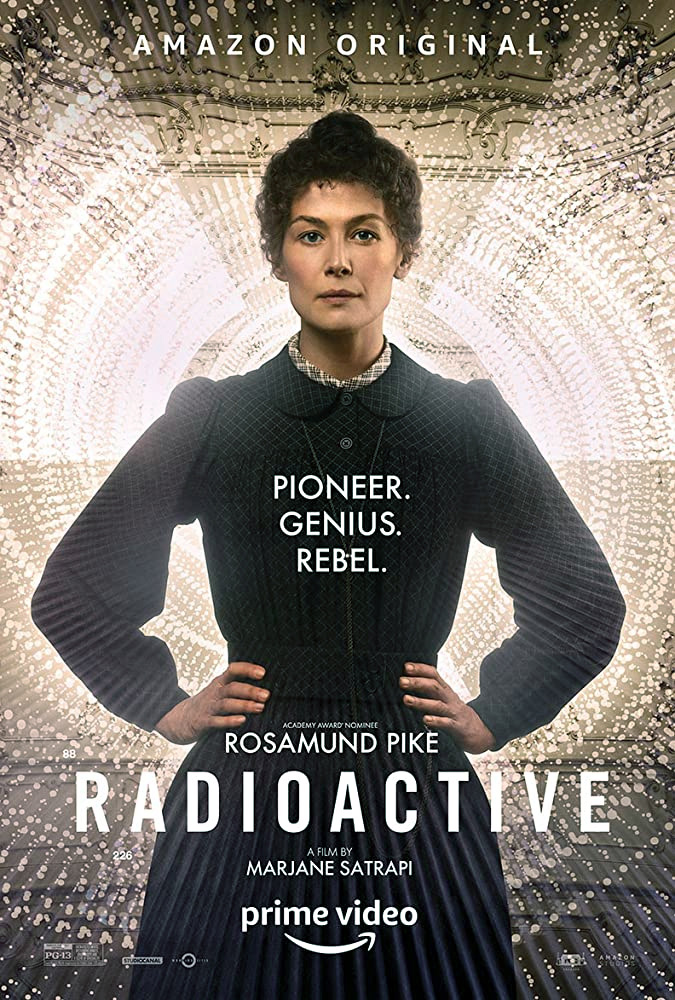