Why is “Promising Young Woman” rated R? The MPAA rating has been assigned for “strong violence including sexual assault, language throughout, some sexual material and drug use.” The Kids-In-Mind.com evaluation includes a rape (we listen to a video recording and we hear about it), a few attempted sexual assaults, a few kissing scenes, some flirting, cleavage revealing outfits, an implied murder, a couple of scenes of threats against men that attempt to rape a woman, several scenes of a woman confronting people for their behavior with a couple ending in violence or threats of violence, and over 50 F-words and other strong language. Read our parents’ guide below for details on sexual content, violence & strong language. When a woman’s (Carey Mulligan) life is derailed by a traumatic event involving sexual assault, she struggles to make sense of it, as well as people’s reactions to it. Also with Adam Brody, Ray Nicholson, Sam Richardson, Timothy E. Goodwin, Clancy Brown, Jennifer Coolidge, Laverne Cox, Alli Hart, Loren Paul, Scott Aschenbrenner, Bo Burnham, Christopher Mintz-Plasse and Alison Brie. Directed by Emerald Fennell. [Running Time: 1:53]

– A man sits close to a woman on his sofa, kisses her, she says, “I need to lie down” and he takes her to the bedroom where she flops on the bed and he climbs on top of her kissing her; the woman asks repeatedly, “What are you doing?” as the man kisses her and removes her underwear, and she sits up and asks sternly, “Wait, hey. I said, what are you doing,” and the man looks frightened as the scene ends (it is implied that the woman kills the man).
► A man and a woman lie in bed together (clothed) and talk and the man rolls over and kisses the woman (sex is implied). A man kisses a seemingly drunk woman and puts his hand between her knees as she says, “I need to go home” several times and the man persists in kissing the woman, until she speaks clearly and startling him (please see the Violence/Gore category for more details).
► A man and a woman kiss tenderly.
► A woman dressed as a sexy nurse (cleavage and bare thighs above stocking tops are seen) arrives at a bachelor party and the men in attendance yell and talk about her being a stripper; she tells a man to sit in a chair, she straddles him and tells him they need to go to a room alone. A woman sits on a sofa in a club and seems very drunk; she is wearing a suit with a short skirt and we see her bare legs to the upper thighs and we glimpse her underwear when she separates her legs. A woman wears low-cut dresses and tops that reveal cleavage in several scenes.
► A woman takes a man to a bedroom and handcuffs him to the bed frame, takes off his shoes and he talks about not wanting to do anything because he is getting married. A woman watches a computer tutorial of a woman applying lipstick to make “blow job lips.” A man sings and dances to a song playing in a drug store and a woman with him seems embarrassed by him.
► Three men look at a woman in a club that seems very drunk and one man says, “If she’s not careful…” and, “She’s asking for it” (implying that someone could take advantage of her condition). People dance in a club and we see men’s hips thrusting as they hold bottles of beer and drinks. A man looks at a woman at a wedding and makes crude sexual remarks about having sex with her. A woman describes another woman having been sexually assaulted and says, “He had sex with her repeatedly in front of his friends,” and we hear that the incident was recorded on video. We hear a recording of a woman being sexually assaulted (we do not see the act). A man asks a woman to his apartment and she becomes upset and leaves. A man talks about texting a number that a woman gave him and that it was actually for a man working on an oil rig and that the conversation became inappropriate immediately. A man talks about “secretly pining for” a woman.” A man talks about being on a date with a woman that pulled a skeleton’s hand out of her groin area. A man makes a joke about worrying that people will misunderstand that he is kissing a child because of the height difference between him and the woman he is on a date with. A woman jokes about needing herpes medication. A woman teases a man and a woman about having sex on the counter of a coffee shop and how to clean up after themselves.

– A man snorts cocaine, and a man tries to force a very drunk woman to snort cocaine and when she is unable to the man puts some of the powder on his fingers and spreads it in her mouth. People in a club are shown drinking beers and cocktails, a man gives a seemingly very drunk woman a large drink in his apartment, a woman appears very drunk in several scenes, a woman pours a glass of champagne for a woman and a ginger ale for herself in a restaurant, a man drinks from a bottle of wine, a woman pours liquor in the mouths of several kneeling men at a party, a woman finishes a bottle of wine and orders another in a restaurant, a woman talks about being “day drunk,” people drink wine with a meal, and people talk about getting “blackout drunk.” A man smokes a cigarette in his house.

– Convincing people to take responsibility for their actions can be difficult. 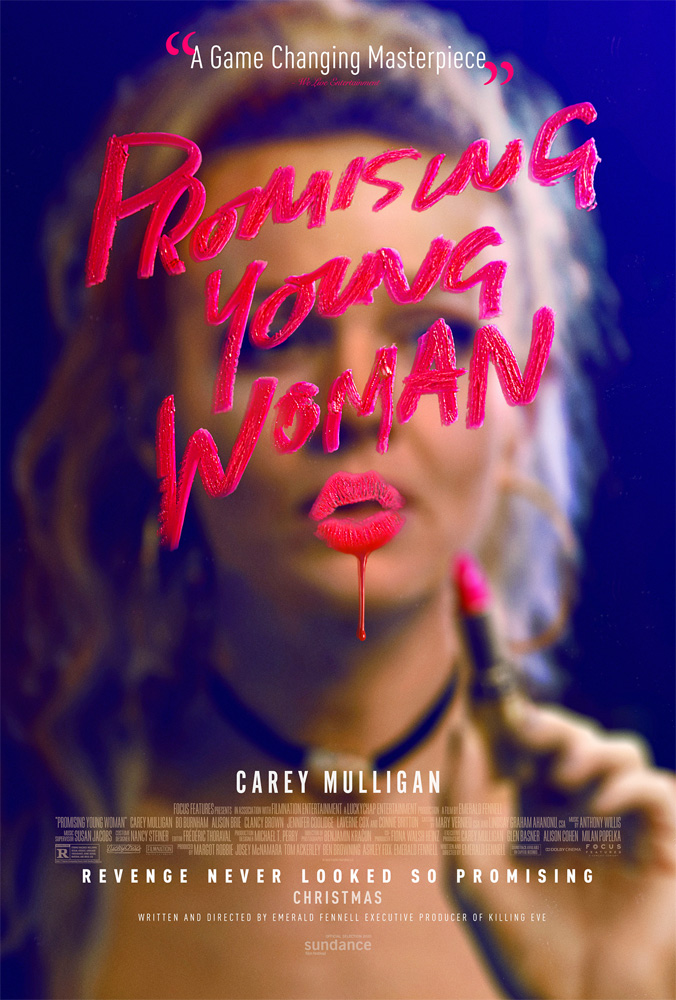