A man (Jet Li) has figured out how to travel to parallel universes, destroy his parallel selves and acquire their energy, and thus become the most powerful being in all the universes. However, one of his other selves (Jet Li again) puts up a fight with the help of two agents charged with maintaining the balance between universes. Also with Carla Gugino, Jason Statham, Delroy Lindo, Mark Borchardt, Archie Kao, Kim McKamy. [1:28]

SEX/NUDITY 3 - A man and woman kiss and hold each other a few times. A woman blows a kiss to a man. A woman is shown in a very tight fitting dress which exposes her cleavage; it also has a slit up one side exposing her thigh. There are references to homosexual sex, made by inmates toward a new arrival. There are a couple of references to pornographic videos (including of homosexual sex) and their titles. There's a clinical reference to a penile implant.

VIOLENCE/GORE 7 - A man is shot and the bullet goes through his protective visor killing him. A man is shot in the chest and then the aggressor points his gun at his head. A police officer is shot in the chest and a woman is shot in the back (we see her fall and there's blood on the floor). When people travel through "worm holes" in order to get to alternate universes they crumble into small pieces, swirl around, shoot straight up into the atmosphere and scream in pain (we see this happen several times). Gunshots are fired at a group of police officers from a vent attached to the ceiling, the police officers fire back, a hand with a gun punches through the bottom of the vent and shoots some more police officers, a man drops out of the vent and proceeds to kick, punch, shoot and throw the officers through the air; one officer is held in the air and used as a shield as the other police officers fire into him. There's a gun battle in a hospital where a man is shot and flies back through a doorway. Two men fight with punching and kicking, grunting and groaning; one is thrown back into a wall (some glass breaks), one is thrown into a large generator twice causing some sparks to fly, one is kicked mid-air, one is kicked as he lands, and one swings an axe and nearly hits the other in the head. A man beats a man with a fire extinguisher and a car door, and the two men fight with punches, kicks and eventually one holds the other by the neck and breaks it (we hear the crunch and see the man's very bloody face). A man kicks a gun out of a man's hand, punches him, throws him over a railing and down some stairs. A man throws two police officers off their motorcycles and then uses their motorcycles to beat them up, and sandwiches one of the officers between them. A man is threatened by a group of men and he proceeds to beat them up by kicking them, punching them and throwing them through the air. A man fights with police officers, several are shot, punched, kicked and tossed through the air. Two men run through a factory shooting at each other. A man jumps through a window, shattering it, and flies through the air to a rooftop. A mouse fitted with an explosive device blows up and shatters a glass window. A van is driven recklessly and it crashes. A bomb explodes and two men are shown hiding from the impact and yelling from the shock wave. A truck is driven through a garage door and crashes into a man. A man kicks a man and he flies through the air nearly falling over a balcony. A bus is backed into an air vent breaking it open and sending the man inside tumbling to the ground. An inmate throws a knife which pierces another inmate's protective vest. An inmate throws a knife at another inmate and a police officer catches it. A man shoots at a car pursuing him and the occupants shoot back at him. Police officers chase a man on foot, he shoots their windshield, he jumps into traffic and cars screech to a stop, he jumps from the hood of a car up onto a traffic light, and several cars crash into each other. A man knocks a man in the face with his elbow, a man kicks another man, a man punches a group of police officers and handcuffs them together, a man bends a shotgun and later a handgun. A man holds an axe at a man's throat and drags him through a burning building. A man kicks a dog and it yelps. A dog is hit by a car and we hear it yelp and see it holding up its injured paw. We see a group of police officers suiting up in heavy gear, grabbing guns, and marching through a jail cell to take out an inmate (we see similar scenes a few times). A man falls in a street and is nearly hit by a car. A man kicks the bars of a jail cell and they bend, a man punches a cement wall and dents it, a man kicks a lamppost cracking it in half and it crashes to the ground, and a man punches the dashboard of a car denting it. There is a discussion of a man having murdered 123 people in different universes and being sentenced to a penal colony. People are held at gunpoint many times. We see a jagged scar on a man's forehead. We see brain scans on a screen as a man has an MRI. Inmates yell abusively at guards and an inmate (we see this a few times).

MESSAGE - Trust your heart, not your head, to do the right thing. 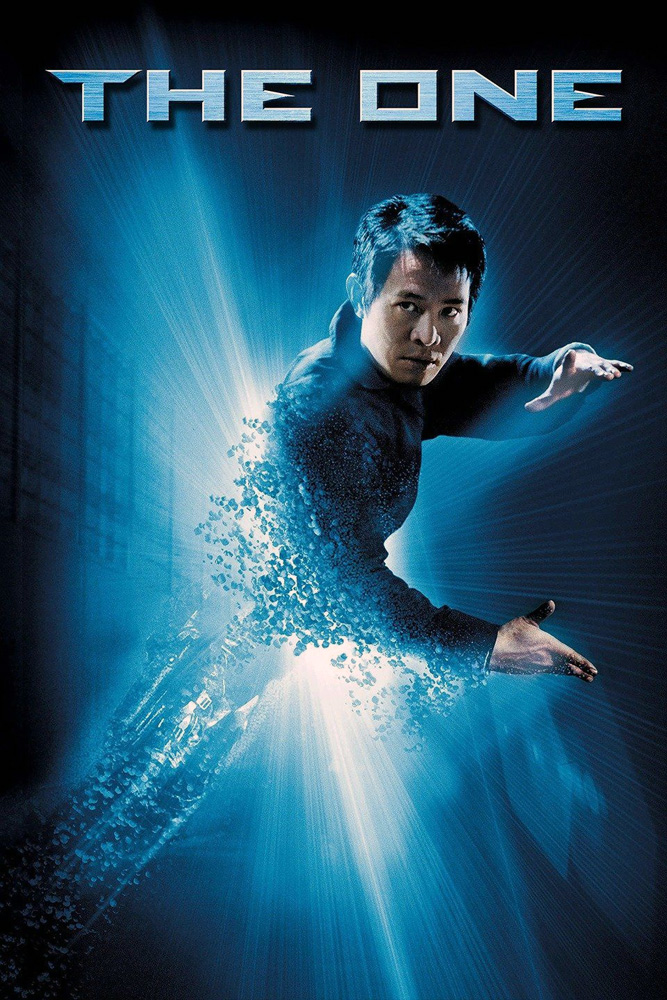