Idris Elba stars as a married, successful executive, whose life becomes complicated when a beautiful office temp (Ali Larter) sets her sights on him and tries to tempt him into a sexual relationship. Also with Beyonce Knowles, Jerry O'Connell, Christine Lahti, Bruce McGill and Scout Taylor-Compton. Directed by Steve Shill. [1:40]

SEX/NUDITY 6 - A woman comes behind a man in a bathroom, pushes him into a stall, tries to open his pants, lifts her skirt and tries to seduce him; he pushes her away repeatedly and leaves the room. A woman gets into a man's car, opens her raincoat and reveals her bra, panties and fishnet stockings in an effort to seduce him (the man forces her out of the car).
► After a man collapses in bed after having been drugged, a woman comes into his room, straddles him and kisses him (it is implied that they have sex but it is not shown).
► A husband and wife kiss are lying on a bedroom floor beneath a mirrored ceiling, he tells her he has an hour, we see them kissing, he kisses down her neck and chest and sex is implied but not shown. A husband and his wife kiss in several scenes. A husband and his wife snuggle while in bed together in a couple of scenes (he's bare-chested).
► We hear that a woman has a diary with very detailed descriptions of sexual liaisons. A woman tells another woman that she arranged to meet a married man in a hotel room where they had sex. A woman talks about her sister's husband leaving her for another woman. A man tells a woman, "Any man would be lucky to have you." A woman says "The good ones are always married" and a gay man adds, "or straight." A man describes a woman as "smokin' hot." A man asks another man "She grabbed your package?" A man talks about being unfaithful to his wife and makes remarks about a woman he'd have sex with. A man calls a woman and a man "girls."
► A man says that a woman gave the men in the office "lap dances" at an office party (she pulls her blouse open to reveal her bare shoulder and bra strap). A man rubs a woman's arm to console her. A woman is flirtatious with a married man in several scenes throughout the movie. A woman flirts with a man in front of his wife.
► The bottom of a woman's buttock cheeks are visible when her underwear is shown during a struggle. Women wear low-cut tops that reveal cleavage in several scenes. A woman wears skirts that are slit up the back and reveal bare thighs in a few scenes. A woman drops her dress on the floor (we see her bare legs to the knees) and puts on a man's football jersey. A man opens an email and sees a photo of a woman in a seductive pose.

VIOLENCE/GORE 6 - A woman is struck by a chandelier that falls from the ceiling and she is killed.
► Two women fight: they punch and kick each other, they shove each other into banisters and try to push each other over a balcony, one woman is struck repeatedly with a wooden plank, one women breaks through an unsupported attic floor and dangles high above the floor, she slips and grabs onto a chandelier, the chandelier breaks and she crashes to a glass table below (we see blood on her head and face).
► A man grabs a woman and pushes her against a pillar and she says, "Hit me, do anything you want to me." A woman yells at her husband in few scenes and throws a plate against a wall shattering it.
► A man yells at a woman and startles her in several scenes. A man and a woman panic when they realize that their infant son has been taken out of their home. A man and a woman are upset when they find their bedroom ransacked. A house is broken into (we see door glass breaking).
► A man collapses on his bed after having been drugged. A woman is shown unconscious in bed after an overdose and she's taken to hospital.
► A man drives home after having had a great deal of alcohol and is frightened when a police car flashes its lights behind him. A man makes a gesture with his hand in the shape of a pistol in a couple of scenes.
► We hear that someone "tossed his cookies on the Christmas tree." A man urinates in a urinal (we hear the stream). A man says he needs to urinate in crude terms. A man makes a face about the smell of a baby's diaper.

MESSAGE - Some people are plain crazy. 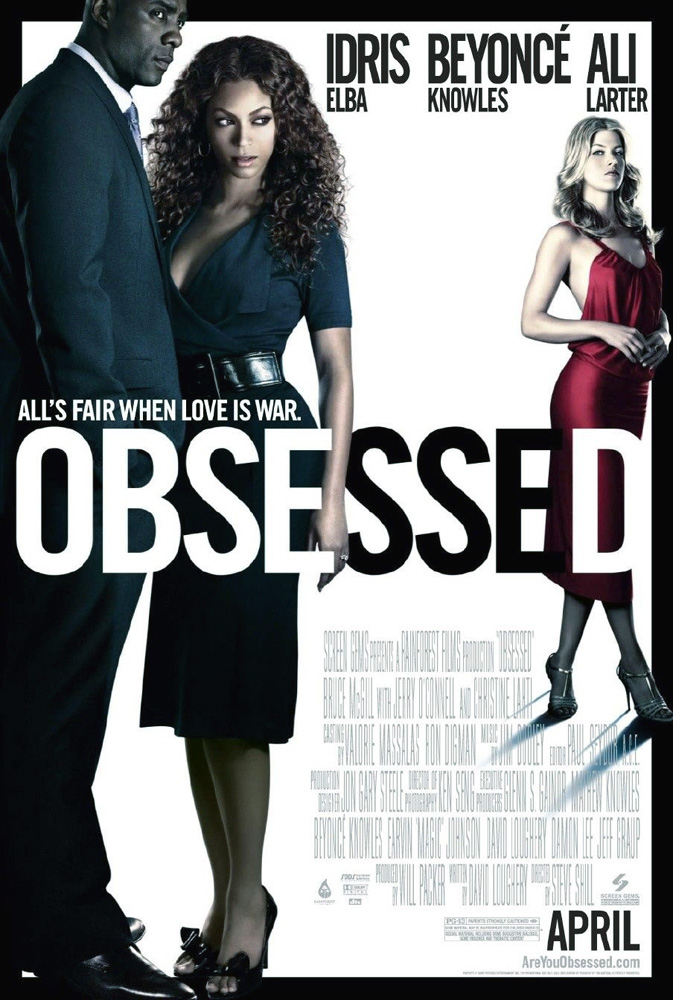