Why is “Nine Days” rated R? The MPAA rating has been assigned for “language.” The Kids-In-Mind.com evaluation includes a couple of kissing scenes, a fatal car crash, a gunfight with a person suffering a bloody wound, a fight with one person using a rock to strike the other in the head, souls disappearing, discussions of living, and at least 10 F-words and other strong language. Read our parents’ guide below for details on sexual content, violence & strong language. A man (Winston Duke) living in an isolated area receives several visitors a day and conducts interviews with them to determine whether they are a good fit for an opening, as a new living person — the visitors are souls that hope to live and they have nine days to convince the man that they are worthy of the opportunity of life. Also with Zazie Beetz, Benedict Wong, Tony Hale, Arianna Ortiz, Perry Smith, Geraldine Hughes, Bill Skarsgård and David Rysdahl. Directed by Edson Oda. [Running Time: 2:04]

– A TV screen shows a couple of kissing scenes; we see one person move very closely to the screen and hear a smooch (we are seeing this from the viewpoint of the other person). A TV screen shows a man and a woman dancing closely together. A man and a woman hug. A woman leaves a note for a man and it is implied that she has confessed her love for him.
► A man tells another man that they should, “Call some chicks.” A man watches a TV screen and says, “Somebody has a new boyfriend. I hated the other one.”
► A woman wears a low-cut knit dress throughout the movie (we see cleavage, bare shoulders and the outline of her hips and buttocks). We see from his perspective a man pulling himself on the floor and into a bathtub (we see his bare legs).

– A TV screen shows a man with a gun chasing a young man that stops and faces him, reaches into his belt and draws his own gun shooting the first man (we see blood on his abdomen); the man calls out for help and pokes his leg indicating that he cannot feel anything (we see him in a wheelchair later). A TV screen shows teen boys bullying another teen boy in several scenes and we see him being shoved and mocked, his hand is slammed into a locker in one scene and he fights one of the bullies in another scene that ends with him hitting the other teen boy in the head with a rock a few times leaving him unconscious (we do not see blood). A TV screen shows a woman driving a car and she speeds around a turn, seems to lose control and we hear her scream and a crash (the screen goes black and we understand that the woman died in the accident; the accident sequence is shown several times).
► A man sits in the dark with another man and the second man’s silhouette disappears leaving only the one man. A man cries and walks on an empty and sandy terrain and toward a mist until he disappears. Several people sit in a room with many TV monitors lined up on a wall and watch events of people’s lives unfold; we see romance, bullying, accidental death, a gunfight, successes and failures as the people go through their days and lives. A man slams a filing cabinet and throws a drawer in anger, and then screams in frustration. A child is shown in a tree and her mother calls for her to get down. A TV screen shows a man in a wheelchair at a shooting range taking shooting practice. A man burns videotapes in a pile.
► A young man describes an incident where 2 young girls went missing and were found dead and the murderer had raped and murdered them because he was in love with them. A man grabs another man by the arm and twists it behind him causing the man to cry and he says, “Stop.” A man describes a situation where they are asked what they would do if they had to choose between killing their young son or risking the lives of many other people; the man yells and asks each person, “What would you do?” and the man tells a candidate that she has 6 months to live and asks what she’d do with her remaining time. A man yells at a man and a woman telling them to leave. A woman says that she’d poison her husband. A man yells at another man and calls him names. Two men argue in several scenes. A woman pleads with a man, “Please don’t let me go. I don’t want to go” Two people sit in a room and a man asks them to tell him why the person next to them doesn’t deserve to be alive. A man and woman yell loudly. A man describes a moment that he would like to live and says that he’d climb to a tall cliff and yell as he does a loud Tarzan call. A man says, “I knew I wasn’t good enough.” A person asks a man, “Am I dead?” and in another scene a man says, “I’ve never been alive.” A man says that he can eat but he doesn’t need to. A person refers to cutting off his genitals with a plastic knife. A man is described as having been “too good.” A man accuses another man of justifying violence when he says that a person should fight back when being bullied. A man says of another man, “No one liked him.” What seems to be a suicide note has a line indicating that a woman had found out that she was sick. A man explains a selection process to several candidates for one open position; he gives them tasks and asks them questions about a variety of situations.
► A man describes a person being very drunk and that he needed to throw up while in a car, but couldn’t get the windows down so he threw up in his mouth and swallowed it, and then vomited in his mouth again until he was able to open the car door and vomited outside (he makes long loud retching sounds). A woman describes an incident when a woman’s toilet had been clogged by feces and that she used a toothbrush to dislodge it; later a man used the toothbrush not knowing that it had been soiled. A TV screen shows from his perspective a man pulling himself on the floor and into a bathtub. We are told that a woman has insomnia after a music performance. A man makes a comment about “someone has been on the toilet for 25 minutes.” A man says that he’d put “a nice spit glaze” on cookies made for his younger brother. 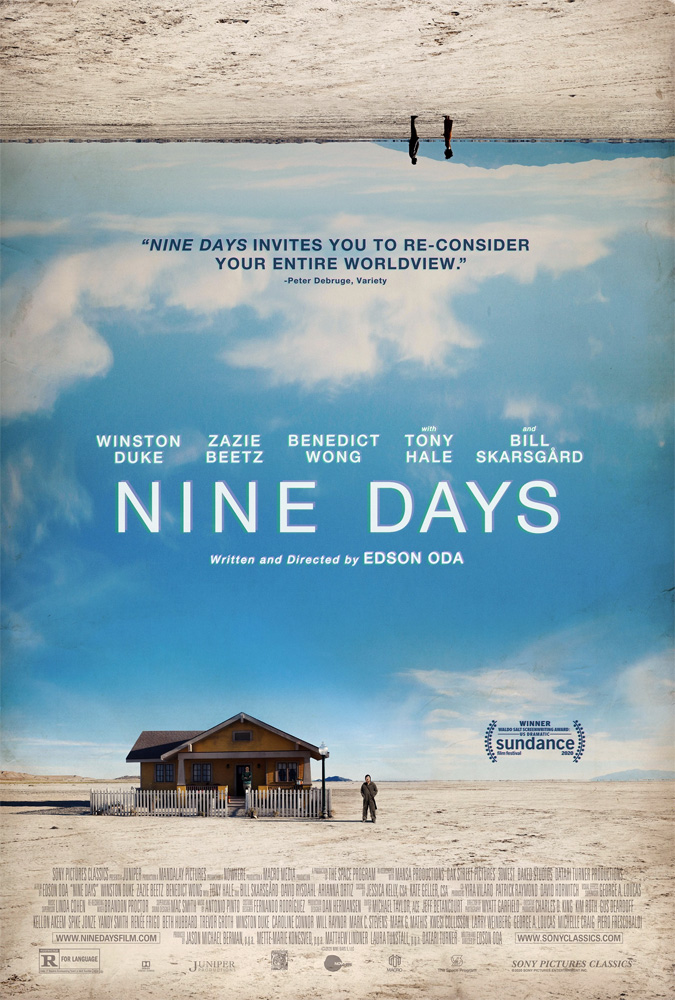