Why is “Mulan” rated PG-13? The MPAA rating has been assigned for “sequences of violence.” The Kids-In-Mind.com evaluation includes several discussions of arranged marriage and gender roles, and some partial nudity, many fight scenes with people using swords, arrows, reeds, and flaming boulders leaving many people dead but with very little blood and gore shown, and some name-calling. Read our parents’ guide below for details on sexual content, violence & strong language. A somber live-action remake of the 1998 animated Disney hit: Based on a Chinese legend, a strong-willed woman (Yifei Liu), who has trouble behaving as a proper young lady, disguises herself as a man, steals her disabled father’s sword and drafting papers and joins the emperor’s army. When her gender is revealed she is dismissed as a fraud but comes back to heroically save the empire from an invading army. Also with Donnie Yen, Li Gong, Jet Li, Jason Scott Lee, Yoson An, Tzi Ma, Rosalind Chao, Jun Yu, Chen Tang, Doua Moua and Jimmy Wong. Directed by Niki Caro. [Running Time: 1:55]

– A young woman undresses and wades into a lake where a man joins her (we see her bare back and legs and the young man’s bare chest and shoulders); she rebuffs him and he leaves. Many men in a tent are shown in their underwear and we see bare chests, abdomens, backs and legs; a young woman closes her eyes when she sees that one man has dropped his towel and it is implied that he is fully nude (we see his chest and abdomen). A shirtless man is shown and we see his bare back, chest and abdomen. A young woman pretending to be a man unwraps her chest at night and lies in bed with two men; one man rolls toward her and his arm is placed across her, she flinches and jabs him with her elbow to make him turn to the other side and he lays his arm across the other man.
► A young man and a young woman touch hands tenderly. A young woman is taken to meet with a matchmaker and a woman dresses her daughter, puts makeup on her face and decorates her hair in order to meet a matchmaker.
► Several men and a young woman (she’s pretending to be a man) talk about their ideal woman while one looks at a rendering of the woman he has been matched with. A man says, “I like my women buxom.” A man asks a young woman pretending to be a man how to talk to women and worries that his match won’t like him. A young girl is told that a daughter brings honor to her family by marriage.

– Gender is of no consequence when it comes to bravery and martial skills. 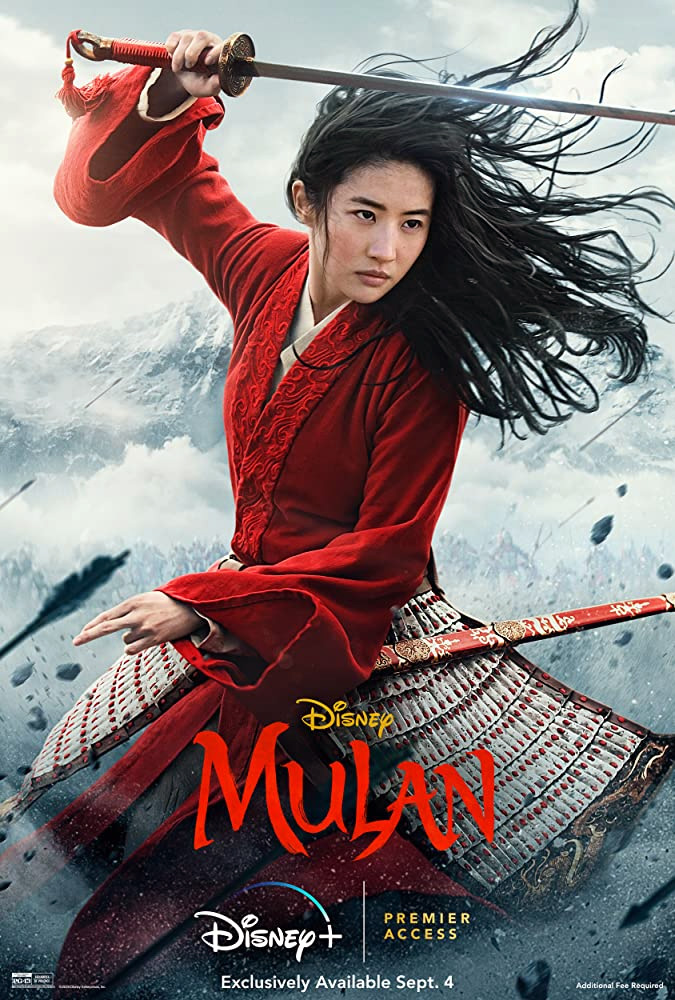