Sandra Bullock reprises her role as FBI agent Gracie Hart: She finds it increasingly difficult to do her job since she's become famous due to her heroic pageant exploits as a Miss Congeniality contestant. Hence, her new assignment is to represent the FBI to the public, and she takes on a style consultant, hair and makeup people, as well as a no-nonsense bodyguard with anger management issues. But when two of her friends are kidnapped in Las Vegas, she gets back into the field. Also with Regina King, Enrique Murciano Jr., Diedrich Bader and Ernie Hudson. Directed by John Pasquin. [1:55]

SEX/NUDITY 3 - While talking on the phone with her boyfriend a woman says, "Is it the sex? If it is the sex, I can get a manual." An agent's boss asks for a de-briefing and a man says, "I'm more of a boxers man." A man asks a woman, "How do you feel about a push-up bra?," the woman asks the man, "How do you feel about a genital shocking taser gun?" and the man says "I'm open to it." A woman says "He was hot." Women talk about having cramps, PMS and needing tampons.
► A man and a woman kiss in a few scenes, and a man kisses a woman's hand.
► Women wear low-cut tops that reveal cleavage. A woman wears a short skirt that reveals her bare thighs. A woman adjusts her fake breasts a few times. A man dresses as a showgirl (we see his bare legs), and several other men are shown dressed as women in a drag club.

VIOLENCE/GORE 4 - Several bank robbers pull guns and tell people to lie on the floor, an agent tackles a robber, a gun fires, and an agent is shot in the chest (he is wearing a bullet proof vest); other robbers are restrained and put in hand cuffs. Armed agents surround a cabin, throw in smoke grenades, and force their way in.
► Two women agents fight with two men, many punches are thrown, one man pulls a gun (it is kicked away), one man throws a woman onto a table, one woman runs and jumps on a man's chest, a man holds a woman by the throat, and she punches him in the ribs. A man grabs a man by the hair and slams his head into a bar (we see the man with blood on his forehead). A woman grabs a woman's arm and forces her to walk with her, elbows her hard in the back knocking her to the floor, head-butts her in the head and then swings at her several times. A woman agent attacks two men with punches and kicks. Two women agents fight by twisting each other's wrists, punching each other, and holding each other by the throat. A woman agent chases another woman through crowds, they both run into people, one woman jumps and tackles the other, and one woman pokes the other in the breasts. A woman agent knocks a man to the hood of his car and twists his wrist. A woman agent knocks another woman agent hard in the shoulder, they argue, then shove each other, and one tries to kick the other. A woman punches a man in the arm.
► In a training session, a woman punches, kicks and flips a man. During a demonstration a woman punches a man in the stomach, stomps on his foot, and punches him in the nose and groin. Men arm wrestle and one falls onto the floor. A woman agent grabs another agent's arm. A woman shoves a man off a bridge and into water.
► Two men hold another man by the feet high over a dam wall, they loosen their grip to make him think they will drop him, and he screams. Two men threaten to kill a man and a woman. A man holds a gun to a man's head, and two women agents hold guns on a man. Agents load their guns in preparation for an encounter with bank robbers.
► A man and a woman are tied to posts inside a boat that is filling with water: the woman is covered by water before she is freed, another woman is trapped when part of her dress gets stuck and she struggles then begins to go limp. A man and a woman are bound and gagged through much of the movie.
► A woman threatens a man by asking, "How do you feel about a genital shocking taser gun?" and the man says "I'm open to it." People talk about enemas. A woman says "I'll kill her and I'll enjoy it." A man yells at a woman. A man orders another man to jump into water even though he cannot swim.
► An agent does target practice and shoots people moving on a screen (we see red splatters when hit and hear screams when hit). A woman agent shorts out a junction box knocking out the lights in a crowded club. A woman in a wheelchair rolls over a man's foot.
► Two men plan to murder a man and a woman. We hear that bank robbers have injured security guards in the past. We hear about a woman having been attacked by a man in a parking lot. Two women talk about their parents dying.

MESSAGE - Hold to your beliefs and do not give in to stereotypes. 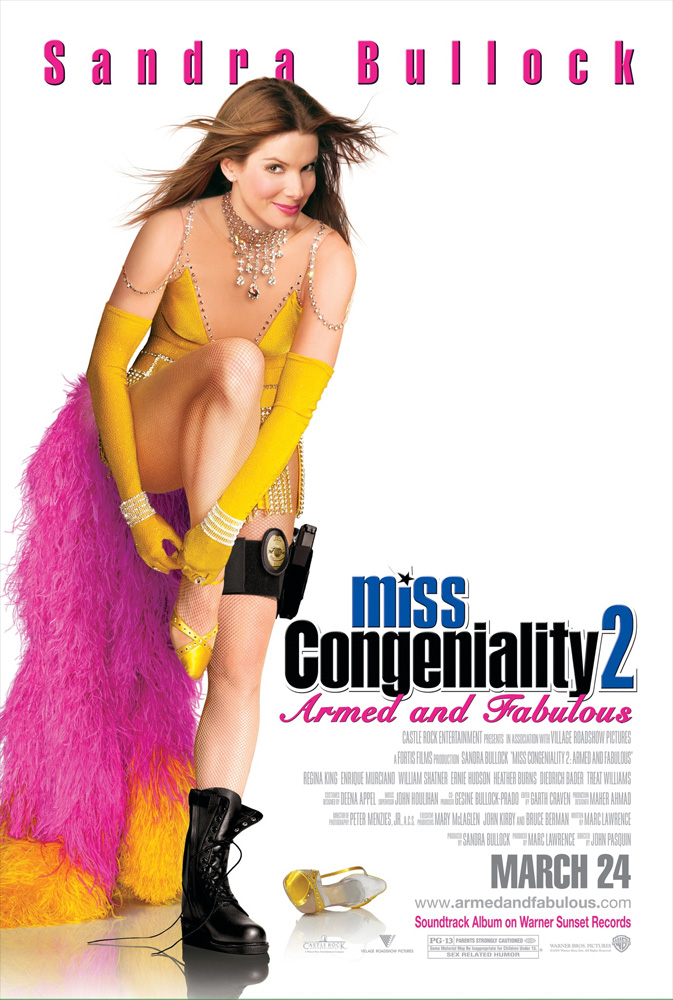