Rapper Anthony "Treach" Criss stars as a tough-as-nails gangsta turned elite hit man. While staking out his next target, the innocent girlfriend of his boss, he starts reflecting on the life he's chosen and becomes torn between his sense of obligation and a newfound sense of empathy. Also with Kent Masters King, Shireen Crutchfield, Walter Jones and Freez Luv. [1:40]

SEX/NUDITY 6 - A woman tells a man to take off his clothes; he does and we see him fully nude from the front as she approaches him and they kiss, she pushes the man down toward her crotch, he takes her clothes off and they have sex (we see the man thrusting rhythmically). Two women caress and kiss a man while lying in bed (the women appear nude and we see bare breasts and buttocks and the man is bare-chested and in his boxer shorts). A man and woman kiss several times. A man and woman dance, kiss, then we see them snuggling in bed with the man bare-chested and the woman in her bra and panties. A man lying in bed bare-chested is straddled by a woman in her bra and panties (she proceeds to kill him; please see the Violence/Gore for more details). A man shoves a woman's head in his lap and oral sex is suggested, but we don't see or hear anything. A man and woman flirt, and a man and woman talk while lying in bed together. A man talks about another man being very attractive and says that yet another man would have sex with him. A woman exposes her bare thigh when flashing her gun at a man. People talk about African-American actors (men) not having any sex scenes in movies.

VIOLENCE/GORE 7 - A man is shot and we hear that his family has also been killed, a man shoots two people in a public place, a man shoots three men as they run away shooting and they fall down dead on the street, and a man shoots four men (three fall on the ground and one falls back onto the hood of his car). A man shoots many men coming to kill him: some chase him and he continues shooting, one is shot in the foot and then the head, and two men spin, jump and kick while shooting at each other (one is hit in the chest many times). A man is punched in the face and head-butted repeatedly and the aggressor ends up head-butting a stake sticking out of the wall (we see blood on his forehead). Two men shoot six men: we hear some being hit and they moan. A woman strangles a man with a cord (we see blood on the man's neck), a woman kills a man with a knife (she's straddling him as he lies in bed), a man is shot and we see blood splatter on the wall behind him, a man is shot in the head and we see the bloody hole and a woman is shot and falls to the floor, and a woman is shot (we don't see her being hit, but we see a flash). Two men fight with lots of kicks and punches, one jumps in the air and the other shoots his leg off below the knee -- we see the severed limb fall, hear squishing and spurts, see a bloody stump and hear the man screaming. Two men shoot at each other and one is hit in the chest several times (we see him covered with blood and blood in his mouth) and the other is hit in the shoulder (we see a small bloody hole). A man fights off many men: one tries to strangle him with a cord, many lunge at him, and he fights them with punches, kicks and flips. A man slaps a woman in the face and she falls back over a sofa (we see her with a bruised eye later). A man kicks a man in the face and knocks him out, a man punches a man in the face, a woman hits a man in the face with a pool cue and we see his nose bleeding. We hear about a man having been killed in front of his children. We hear about two men who clean up dead bodies after professional "hits," and we see them in their butcher shop covered with blood and wielding blood-covered cleavers. There are several scenes involving dead bodies: two men push a laundry cart and one body is dumped into it, a dead body is shoved into a large laundry bag, a man carries two laundry bags (presumably with dead bodies in them), and a woman covered by a laundry bag tries to escape by running away. A man holds a gun to another man's head and then pulls the trigger three times (the gun has no bullets). A woman holds a gun to a man's neck. A woman asks a man to shoot her. We see a man with a bruised forehead and an arm in a sling. A man grabs another man by the arms and threatens him, and a man is threatened by another man over the phone. A man is surrounded by men with guns (they are protecting him). We hear that a young boy watches his father shoot the boy's mother and then his father kills himself (we later see the scene in flashback and the father is splattered with blood and we see the woman's legs as she lies on the floor dead). We hear that a man learns numerous ways to kill people: by poison, knife, etc. A woman is watched by a man looking through the sights of a gun and we hear him talk about having been hired to kill her.

MESSAGE - Love is worth fighting for. 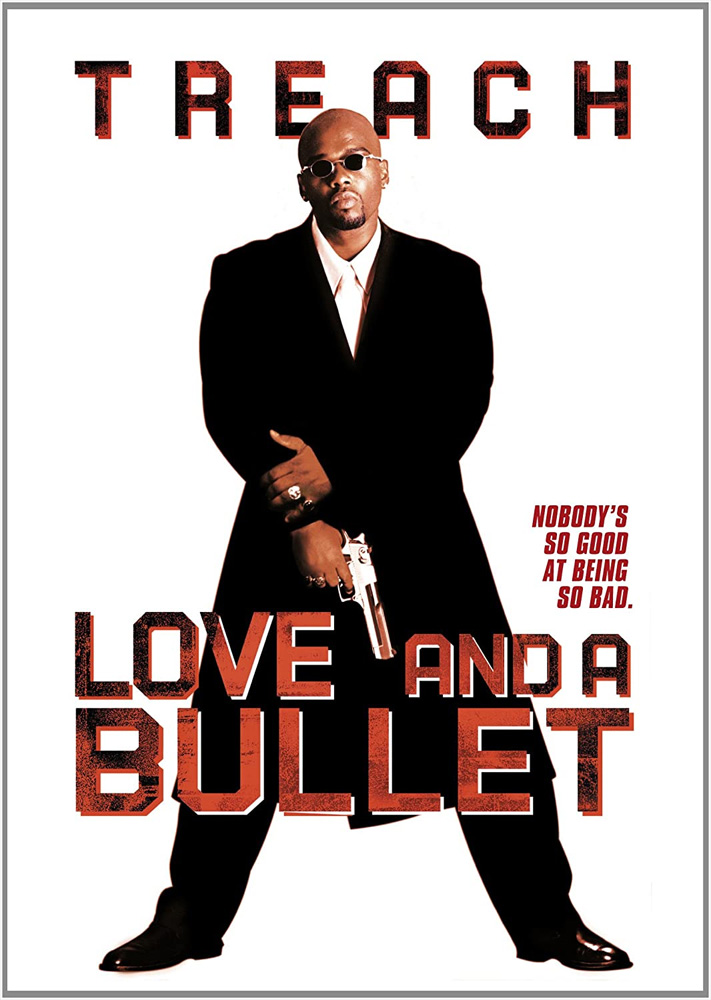