A special forces team refuses to execute an order that will result in the death of many children and when the helicopter they were supposed to have been on blows up, they are presumed dead. Now they must figure out a way to get home and exact revenge on the man who betrayed them. With Jeffrey Dean Morgan, Zoe Saldana, Chris Evans, Idris Elba, Columbus Short, Oscar Jaenada, Jason Patric and Holt McCallany. Directed by Sylvain White. [1:38]

SEX/NUDITY 6 - A woman enters a man's room, she removes her clothing down to her bra and panties, straddles the man's lap, they kiss, she removes her bra (we see her bare back), he kisses her chest, and sex is implied (we see them lying together on a sofa, and under a blanket (we see bare legs, their backs and his chest).
► A man and a woman kiss passionately, she begins unbuttoning his shirt, and sex is implied (we see them later lying on a bed talking; she's wearing a camisole and panties and we see his bare chest).
► A man and a woman go to a hotel room together, she moves close to him, rubs her nose against his and they talk in hushed tones (please see the Violence/Gore category for more details). A man kisses two women. A man touches a woman's exposed cleavage as he stops briefly by her side.
► When a woman wearing a camisole and panties dives through an open bathroom door we see her bare legs to the lower buttocks and she strikes a seductive pose while curled up in a bathtub, hiding from bullets.
► We see two women wearing bikinis and a man has his arms around them. A woman wears low-cut tops and dresses that reveal cleavage, and tight-fitting pants; the camera focuses on her hips and buttocks as she walks in several scenes. Two women wear very low-cut tank tops that reveal deep cleavage. A woman wears a short top that reveals her bare abdomen. Women are shown wearing swimsuits while in and around a pool.
► A shadow puppet skit shows a Godzilla-type creature mounting another creature and thrusting briefly. Two men are shown inspecting female dolls in a doll factory and we see one man grab a doll by the unclothed breast (we see the doll unclothed from the waist up and wearing panties) and listen to its voice recording saying, "I love you…" A man wears a T-shirt with a picture of a woman eating a hot dog in a provocative manner. Men play cards using a deck with images of scantily clad women in seductive poses on them (short shorts and short tops that reveal cleavage, bare abdomens and bare legs).
► A man in an elevator changes his clothing, we see him in a skin-tight shirt that accentuates his physique and when drops his pants (we see his bare knees and calves) the elevator doors open and four women admire him; he makes a remark about his endowment and the doors close again.
► A man talks about the phrase "Clay and his unit" sounding like a "porno." A man talks about having a "pant busting crush" on a woman. A man makes a remark about "hookers." A man talks about having "anal stuff" done to him.

SUBSTANCE USE - We hear that an assassination target is a drug smuggler. People drink beer at a cockfight, people drink from a champagne bottle, and a woman carries a bottle of alcohol into a room in a couple of scenes (we do not see anyone drink from them).

MESSAGE - Sometimes it's hard to know whom to trust. 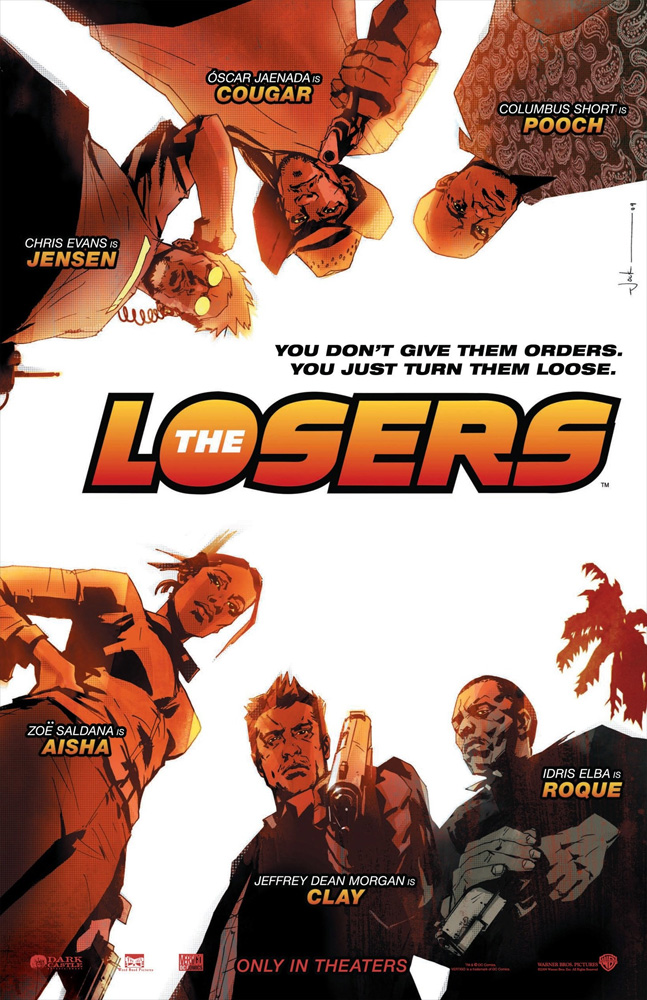