SEX/NUDITY 3 - A handbill advertises a place called "Red's," which we learn is a brothel and a place next door is called Hell on Wheels; the Madam of the brothel says these are places of sin.
► A man says to a woman, "What about you has the Reid boys so hot under the collar anyway? Maybe I'll just try a taste of that and see" (sex is implied). A deputy tells a robber that he heard the boys in prison took a shine to him (prison sex is implied). An older man buys a scarf for a woman at a street fair and says he will take care of her and her young son; she replies that she is married.
► Dozens of women in a brothel wear long dresses with deeply cut bodices, some sleeveless, to show off a lot of cleavage; the Madam has an ivory leg engraved with black designs and she pulls her skirt up on that leg twice to show it to men (she will not let them touch it). A belly dancer in a sideshow wears a bra and long skirt, revealing midriff as she dances with writhing movements. Women from a brothel walk on the street and a man whistles at them. A woman in a moon-shaped swing hanging from the ceiling reveals legs covered by white tights up to the knee. An elderly Comanche wears trousers and a beaded chest cover, leaving the rest of his upper body uncovered (he's very wrinkly). Comanches in other scenes wear beaded chest plates that reveal abdomens. A male outlaw robs ranch houses and wears the dresses of the female victims; he uses their parasols while riding his horse.

SUBSTANCE USE - A Chinese woman puts lipstick on a white woman who later touches it and wonders if it is drugged because she becomes dizzy (please see the Violence/Gore category for more details) and a man puts snuff in his cheek. Two men in a train drink from beer bottles, several saloon scenes feature the bar filled with short glasses of various liquors that men drink, a brothel bar is filled with beer bottles and men drink from them, a horse drinks a bottle of beer from a case and then chews the glass (there's no blood), men and women drink wine in several office and parlor scenes, a few outlaws and deputies drink whiskey from small bottles while on horseback, a man chain-drinks on a horse tossing each empty bottle onto the ground, men drink glasses of champagne at a railroad opening, and a kiosk sells alcohol-containing patent medicines.

MESSAGE - Corporate and criminal greed eventually backfire on their perpetrators. 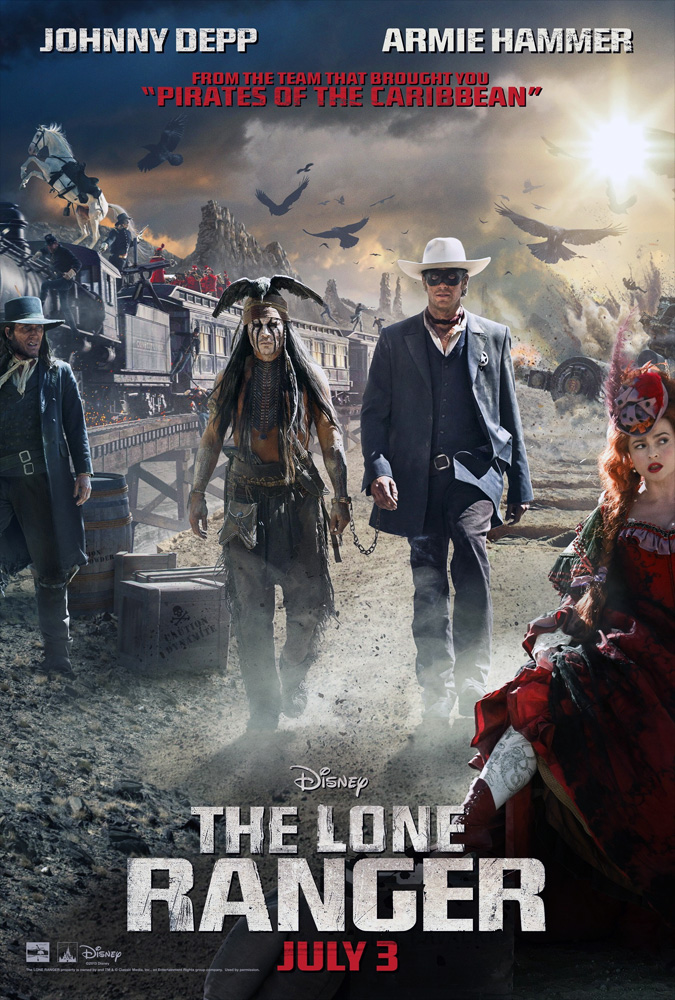