Why is “Lady Chatterley’s Lover” rated R? The MPAA rating has been assigned for “strong sexual content, graphic nudity and some language.” The Kids-In-Mind.com evaluation includes many scenes of explicit sexual acts that include full nudity, between a man and a woman that are each married to other people, and many scenes of a woman tending to the needs of her husband left partially paralyzed after serving in WWI, many arguments, gossip about adultery, and about 5 F-words and other language. Read our parents’ guide below for details on sexual content, violence & strong language. A woman (Emma Corrin) dissatisfied with her husband (Matthew Duckett) and his disabilities after his return to England from WWI, has a torrid affair with their gamekeeper (Jack O’Connell). Based on the eponymous novel by D.H. Lawrence. Also with Joely Richardson, Ella Hunt, Anthony Brophy and Faye Marsay. Directed by Laure de Clermont-Tonnerre. [Running Time: 2:06]

– Several scenes include graphic nudity and sexual activity between a man and a woman who are each married to someone else: The woman cries and the man embraces her, they enter a workshop, he removes his pants below the frame and then pulls her slip off, he lies on top of her (we see his bare buttocks and thighs and her thighs) thrusting and they both gasp and moan. A woman kisses a man, sits on a table, he pulls her slip off and performs oral sex (we see his head moving between her thighs, we hear slurping and she gasps loudly several times); she then runs outside, they kiss, she pushes him away and tosses him her slip. A man and a woman lie in a forest clearing after they kiss passionately, he rips her bodice off, rubs her breasts (we see her bare breasts and abdomen), they remove their clothing and he lies nude on top of her, thrusting, gasping, and moaning (we see her bare breasts, buttocks, abdomen and legs and his bare chest, abdomen, buttocks and legs); they stand up and continue thrusting and kissing. A nude woman is seen on all fours on a bed, grunting, and a nude man kneeling behind her, thrusting for several seconds; he reaches around and rubs her breasts (we see the woman’s bare breasts, abdomen, buttocks and legs and his bare chest, abdomen and partial buttocks) and then the couple is shown asleep (he is shirtless).
► A woman stands in full frontal nudity and rubs one breast (we see bare breasts, abdomen, pubic area and legs); the camera cuts to her wearing a loose cloth wrapped around her shoulders as she lies on a chaise, one hand rubbing between her legs and moans for several seconds.
► A nude man and woman lie nude side by side in tall grass and we can see her pubic hair. A brief scene shows a man in full back nudity and a woman in the distance sees him and smiles. A man and a woman, both fully nude front and back, laugh and run back and forth in the rain (her bare breasts, buttocks, abdomen and pubic hair, and his bare chest, abdomen, buttocks and genitals are seen). A lake scene includes a woman wearing a wet, thin dress (we see her breasts, nipples, buttocks, pubic hair, thighs and legs) and a shirtless man with thin, wet knee-pants that reveal his buttocks and thighs in a profile angle. A woman is seen in full back nudity as she stands in a bathtub and later we see bare shoulders and the top of breasts as she sits in the tub. A shirtless man is seen as he sits in a tub and we see his full bare chest, shoulders and arms.
► A man tells his wife to find another man to impregnate her and she is shocked, but later agrees to do so; we later see the woman with her abdomen moderately swollen under a long, loose skirt.
► A man wearing pajamas lies on top of a woman wearing a long nightgown, they kiss, and the scene ends (sex is implied). A woman helps her husband put on his trousers. A woman wears a loose gown and she and her husband lie on a bed; she kisses his bare shoulder, and then pulls his hand under her gown between her legs: he withdraws it and tells her that he is impotent. A man quickly kisses a woman goodbye in two scenes. A man walks up behind his girlfriend and hugs her, she gasps, and they embrace and kiss for a few seconds. A man tells his daughter, “So you’ve taken a lover. Good.”

– A man pounds on a cottage door and when it is answered, tells the resident that the resident’s estranged wife is demanding money; the resident chases the man away by showing his rifle. A woman is locked out of her mansion and pounds loudly on a door and some windows until a woman inside lets her in and the first woman upbraids the other mildly. A man breaks into a cottage and finds a book with a woman’s name inscribed inside and he starts rumors that the woman is having sex with the cottage owner; the gossip spreads and soon the entire village is talking about it; the woman’s husband shouts at her about it.
► A woman cries hard in a couple of scenes and is hugged first, by a man, and in the second scene, a woman; she is exhausted and losing weight from caring for her disabled husband, carrying him into a wheelchair, pushing him up hills in it, etc.
► We see a group of soot-stained miners march in a British village, shouting about unfair working conditions, danger and low wages. One wall in a hunter’s house has 20 stuffed heads of antlered bucks on it. A man has a long red scar on his shoulder and is paralyzed from a war injury. Off-screen, we hear artillery fire, explosions, and men screaming as a man in a vehicle thinks about going to war.
► We hear that a German man died in a war, an older man died of heart failure, and a British man died in a mine explosion. In a large laundry room, several women complain about mine work and their own work, especially low wages for long hours of physically taxing work. Two men argue and one man fires the other man. A man and a woman argue loudly, and she shouts; she leaves as he tells her he will never give her a divorce and he cries. Two women argue a few times. Two women argue loudly once. A woman sees a younger woman kissing a man on a footpath and tells her to come home; the younger woman shouts angrily and when she returns home, her husband shouts at her. Two men and a woman argue over a motorized wheelchair and the man in the chair yells loudly. Two women and a man argue in another scene, one woman berating the other two people for class differences and adultery.

– We hear that a man and a woman are “drunkards” and he likes to fight when drunk, two women hold glasses of liquor (they do not drink), a man carries a tray of champagne and a woman takes a glass and has a big drink from it, a woman pours a glass of brandy in a few scenes (no one drinks it), men and women hold glasses of wine in a couple of party scenes, a couple of women and a man sip wine during a toast, a servant carries a tray with glasses of wine on it, and many men drink wine at a dinner.

– Some people value love and freedom over money and social position. 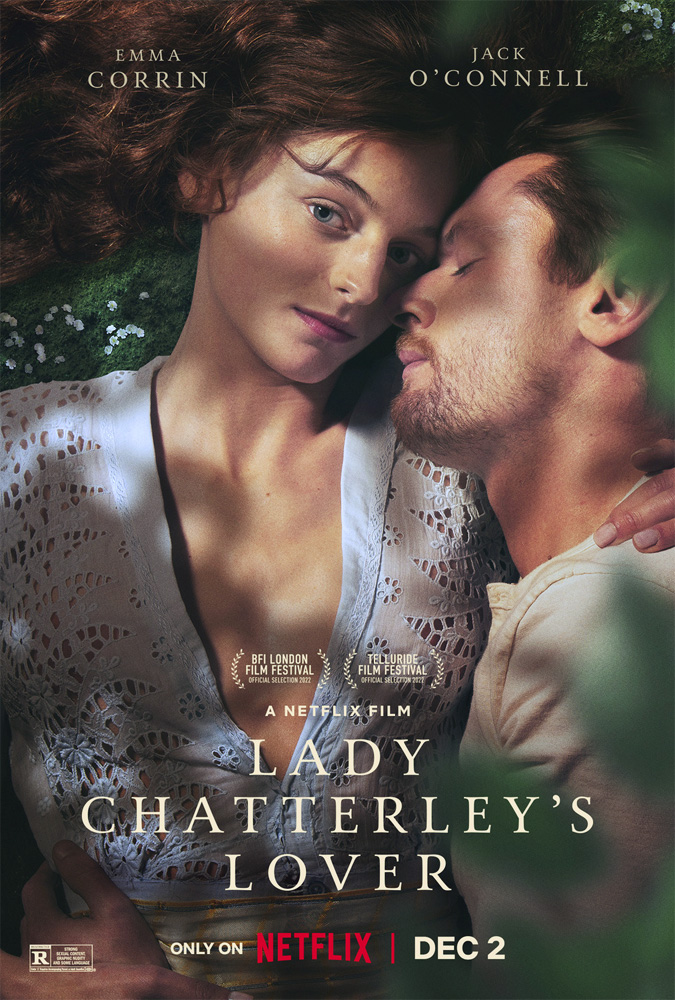