To prove to his girlfriend that he can take care of their unborn child, a man (Frank Hvam) “kidnaps” her 12-year-old nephew and takes off on a canoe trip with his best friend (Casper Christensen); the adventure ends up as a weekend of debauchery. Directed by Mikkel Nørgaard. In Danish with English subtitles (original title: “Klovn: The Movie”) [1:29]

VIOLENCE/GORE 4 – A woman picks up a metal vase and smashes a man in the face with it, and he falls to the ground holding his face in pain; we later see the man with a brace on his nose, implying that it had been broken.
► A man holding a gun runs into a building, he shouts and threatens a woman and grabs a toy car as security guards rush toward him; the man shouts at a boy and a bus filled with teenagers to leave him as he swings the gun at the security guards and the guards grab the man, pinning him to the ground and handcuffing him as we hear one of the security guards say that the man had threatened them.
► A man tackles another man, shouting angrily at him while calling him names; a third man breaks up the fight and moments later we see the men discussing that the man had attacked the second man because he witnessed the man pulling down his son’s pants to embarrass him. As two men and a pre-teen boy canoe, one of the men shouts angrily at the other man and throws the oar out of their canoe; the man then stands up and climbs over a pre-teen boy to attack the other man, the canoe flips over and the three passengers fall into the water. A man wrestles with another man and he has to be pulled away by a man who separates them. An older man flicks a man’s nose so hard that his nose begins to bleed (we see a small amount of blood on the man’s hand). A group of men instruct a man that he needs to accept a “schnozzle” (flicking of his nose); one of the men protests, saying that he will not allow himself to be “mutilated” and we see an older man have his nose flicked by another older man.
► A man is awakened by the sound of glass breaking, he investigates and we hear two voices; moments later we see police interviewing the man and we learn that the man’s house had been broken into, upsetting a boy staying with him. A man shouts at two teen boys when he discovers them holding a handgun; he takes the handgun and disables it.
► A man screams at a woman, stomping up and down. A man shouts at another man. A woman interrupts a man shouting at another man, the man begins to shout at the woman and the woman in turn shouts at another man. A man shouts at a woman, threatening her with violence. A man pantomimes that he had been hit by arrows, shouting playfully that a group of men are shooting at him from the woods. A woman tells a man that she is going to have an abortion (she is pregnant with his unborn child). A pre-teen boy tells a man that another man (his aunt’s boyfriend) had “kidnapped” him because the man had a falling out with his girlfriend. A woman tells a man that she had just come from visiting a missing boy in the hospital.
► A woman angrily tosses a paper across a man’s face. A man pokes another man with a broom. A man stumbles and falls in a mud puddle.
► We see a pre-teen boy in a hospital bed with oxygen in his nose and a woman explains that the boy is unharmed. A man walks into a bathroom where we see a boy on the toilet, and the man remarks that the boy should close the door while defecating; the boy says that he is urinating and we see the man turn his back and we hear sounds of urination as the man criticizes the way the boy urinates. A man stands next to a tree and urinates; we hear the sound of urination. We see two men and a pre-teen boy facing a wall, and it is implied that they are urinating. We see a man and a pre-teen boy standing next to one another, urinating on a bush in a backyard. We see a pre-teen boy standing against a wall, urinating. A man tells another man that he has to urinate. A man tells a pre-teen boy that he smells like urine, he then asks the boy if he had urinated on himself, the pre-teen boy explains that he was trying to urinate while standing up and a group of boys had shoved him into a urinal.
► A man teases a woman, saying that she cannot throw up.

SUBSTANCE USE – Several men and women smoke marijuana, a man tells a woman that he was “super high” and had lost a pre-teen boy, a man offers another man a marijuana joint, and three men discuss smoking marijuana that has been laced and say that it would get them very high. We see men and women drinking at a festival, men and women drink alcohol at a celebration, a pre-teen boy smokes a cigarette and drinks a beer, two men drink small bottles of liquor throughout the movie (even as they drive), men and teenagers drink small bottles of liquor on a bus (including the adult male driver who drinks multiple bottles of liquor as he drives), and a man remarks that “I need a drink.” We see a man smoking a pipe.

DISCUSSION TOPICS – Kidnapping, fidelity in a relationship, responsibility, preparing to be a parent, abortion, debauchery, disappointment, growing up.

MESSAGE – Sometimes it takes a lot of growing up to become ready to be a parent. 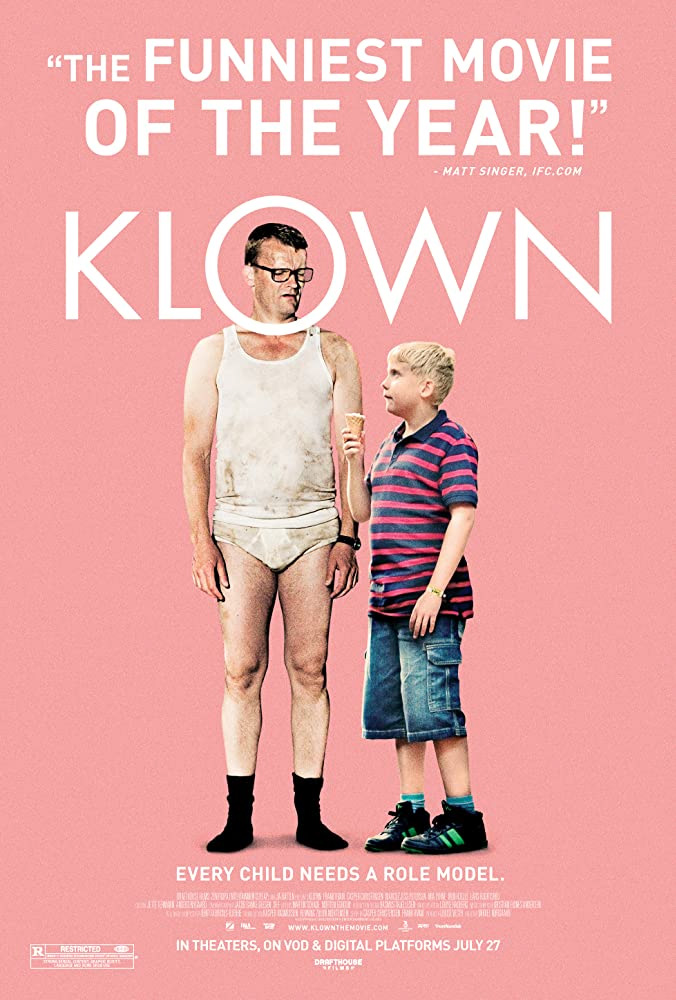