Ten-year-old Kit Kittredge (Abigail Breslin) lives in early 20th century Cincinnati and aims to become a crack reporter. However, her father (Chris O'Donnell) loses his successful auto dealership in the Great Depression and leaves to look for work. This leaves Kit and her mom (Julia Ormond) at home to peddle garden vegetables and take in boarders to prevent foreclosure on their house. But when a crime wave hits Cincinnati, Kit and her young friends set out to solve the mystery. Also with Joan Cusack, Stanley Tucci, Glenne Headley, Jane Krakowski, Max Thieriot, Zachary Mills and Willow Smith. Directed by Patricia Rozema. [1:30]

VIOLENCE/GORE 3 - A man is struck in the back of the head by a shovel wielded by a woman, and is knocked unconscious (we do not see any bruises or blood).
► A man steals a wallet and runs away through busy sidewalks while passersby call out to a policeman that the thief was a hobo.
► In a night scene, male voices shout about a robbery in a boarding house, the police arrive, track a homeless teen and arrest him. Three children are chased by three adults, the children hide in a tent in a homeless camp, one adult enters a tent, finds several children there, begins to grab one of them and a teenager punches him in the face.
► A young girl walks across high tree limbs, climbs down a tree, and hides in the backseat of a car driven by three criminals. A young girl confronts three adults about a crime they have committed: she takes pictures of them as they dig up a lock box and discuss stealing items from people.
► A young boy in a classroom angrily says, "Hobos eat in soup kitchens and put our country into the Depression." A woman says, "Hobos! -- You can't trust them!" A hound dog sits abandoned on the sidewalk on a blanket with a sign on his neck: "Can't feed any more." A homeless teen and a younger boy walk past houses saying they have not eaten in quite some time (they receive a sandwich from a homeowner and leave). A homeless child explains to other children that a set of fish bones drawn on a gatepost means "good garbage" (to eat). A conversation between boarders and a landlady centers on the fear of homeless people breaking in, beating them up and stealing their possessions. Two homeless children talk about their families and tell about the younger one's father dying from influenza (they are given work to earn food).
► Three children enter rooms in a deserted rooming house and find stolen goods in a trunk, they hide in a closet as two criminals return to their room and argue and shout about where to find more goods buried in the woods (the children are not discovered). A teenaged boy limps and explains to friends on the street and a nearby policeman that he was attacked the previous night, kicked in the knee, and his shoes were stolen.
► A man receives a letter saying that his cousin was robbed and beaten up and needs a place to stay; other people say there is a wave of robberies in the town and throughout western Ohio. A young reporter shows a large map of Ohio in a newsroom, pointing out flags that indicate robberies and associated assaults on citizenry.
► Unemployed men and women eat soup and bread in a dark warehouse at decrepit tables, and a young volunteer handing out bread sees her father in the soup line, cries, and runs away. A man puts a foreclosure sign in the front yard of a house and removes a family's possessions while a woman cries.
► A newspaper editor upbraids a copy boy for imitating him and the boy becomes embarrassed. A young boy pours glue and chicken feathers onto a school chair, another boy sits on the chair and is laughed at, and he becomes angry and yells.
► A 10-year-old girl moves into her dirty attic, dust is very thick and a few cobwebs are visible. A "hobo jungle" is shown in the weeds and trees at the edge of a town; it is built up with tents and shacks and people, including children, are quiet and wear tattered clothing in several scenes and still shots.
► Two men shout at one another and call each other names. Three adults shout at one another off screen and their words are unintelligible.
► A young boy in a window faints twice when he sees a girl climbing a tree.

SUBSTANCE USE - At a Thanksgiving dinner party people sip from small glasses of sherry, at the end of a meal a few empty wine glasses are shown on a table, and a child carries a glass of sherry to a man and hands it to him.

MESSAGE - Desperate times do not justify illegal acts. People are capable of discriminating against those that are merely less fortunate. 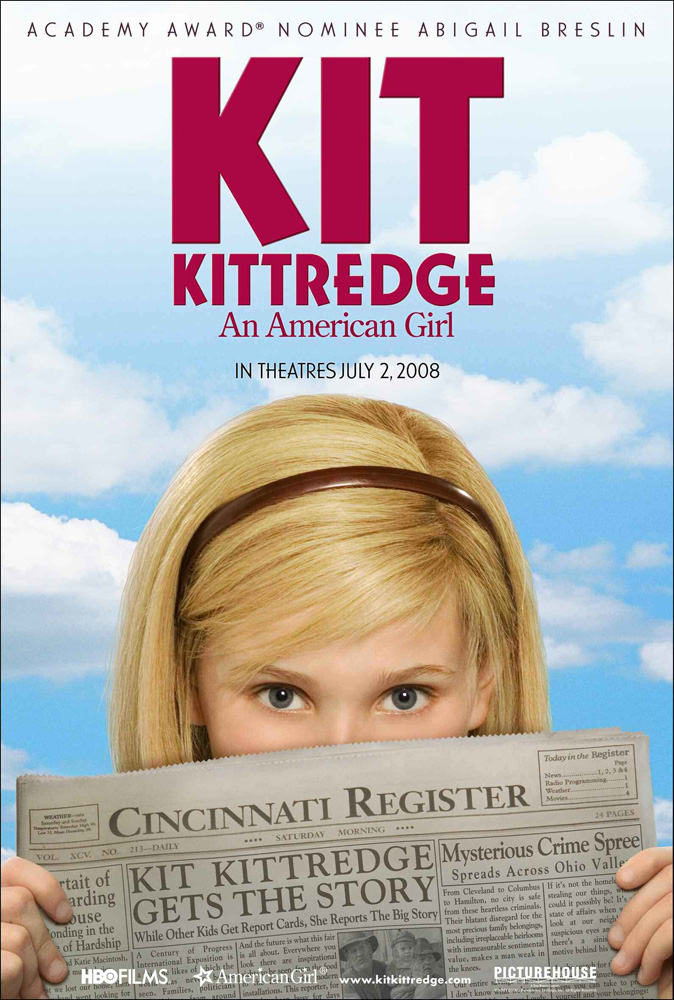