In the final volume of Quentin Tarantino's revenge film we find The Bride (Uma Thurman) exacting vengeance on the rest of the Deadly Viper Assassination Squad, her former colleagues who left her for dead four years earlier. Also with David Carradine, Daryl Hannah, Michael Madsen and Sonny Chiba. [1:34]

SEX/NUDITY 3 - A woman kisses a man a couple of times, and a woman touches a man's hand tenderly. A man says to another man "don't stick your tongue down her throat" in a wedding rehearsal. We see scantily-clad women in a bar/brothel wearing short skirts, short tops revealing cleavage, bare abdomens and bare legs. A scene in a strip club has women in bras and tiny skirts that reveal cleavage, bare abdomens, and bare thighs. A woman wears a low-cut dress that reveals cleavage, a woman wears a low-cut top that reveals cleavage. We see a poster of a woman in a bra and panties. A man is bare-chested.

VIOLENCE/GORE 10 - A woman screams and flails in terror after her eye is pulled out (we see her face and hands covered with blood, and we see the bloody eye and stalk squished between the assailant's toes). A woman screams and we see her face covered with blood after her eye is snatched out. We hear a woman panting and quivering, we see her very bloody and bruised face (in black-and-white) and she is shot in the head (we see her flinch and blood spurts from her head when she is hit). A woman tied at the feet and hands is dragged off the back end of a truck, she slams onto the ground, a man holds mace to the woman's eye and threatens to blind her, she is placed in a coffin (after the decomposed corpse is removed), dumped into a hole in the ground, the lid is nailed on and she is buried alive (we hear the dirt crashing onto the coffin); she whimpers and yells and pounds on the lid. A snake bites a man in the face three times, he writhes on the floor, his face swells, he gasps for air and he dies. A man dies after having been poisoned (we see him foam at the mouth and fall over dead). Two women fight: One kicks the other in the chest, one head-butts the other (we see blood on her nose), one stomps the other's foot with her pointed boot heel, and one throws a can of chewing tobacco spit in the face of the other; many punches and kicks are exchanged, one slams the other through a wall, one is grabbed by the throat, one shoves the other's head in a toilet, one kicks the other in the crotch and leg, and they face off with swords. A man and a woman fight with swords, she punches him in the chest, he spits blood and falls dead. A man and a woman fight: She swings a sword at him, he punches and kicks her, takes the sword away, he slams her into a tree, he pushes her down, she swings at him, she grabs his throat, and kicks him in the crotch; he then flips her onto the ground, grabs her arm and twists causing her to scream in pain. A woman with a sword charges through the door of a man's trailer, she is shot in the chest with rock salt and is thrown through the air (we see blood on her jacket), she writhes on the ground and spits blood in his face. Four people with guns enter a chapel, we hear gunfire and screaming and we hear that all eight people inside were gunned down. A woman shoots through a door (another woman is on the other side of the door), and the two women hold guns on each other. A man shoots at a woman and a nearby bowl of fruit splatters on her. A man punches his hand through a thick plank of wood, a woman tries to do the same repeatedly (we see her knuckles covered with blood and see the flesh begin to tear), and we see her punching a stone wall repeatedly. Also, a woman punches a wooden board repeatedly (we see blood on the wood). A man hits a woman on the head with a cane. A woman's face is malformed from a scar and we hear that a man had cut her across the mouth. A man has blood and a bruise on his cheek. A woman is shot in the leg with a dart. A woman gasps for air when she emerges from under a mound of dirt. A man talks about a woman coming to kill him and others. We hear how a person dies from venom. We hear how a fish was killed by being stepped on. A martial arts move is described as causing your heart to explode. We hear a few references to "the massacre at Two Pines." We hear that a man is called the decapitator because he cuts off his victims' heads. A man talks about "killing human beings." A man talks about being both sadistic and masochistic. A woman senses something and appears frightened in a few scenes. A man gives a woman an injection in the buttock (the woman moans). A man spits tobacco in a woman's face (we see goo). A man yells at a man, and a man yells at a woman.

MESSAGE - Revenge can be sweet. 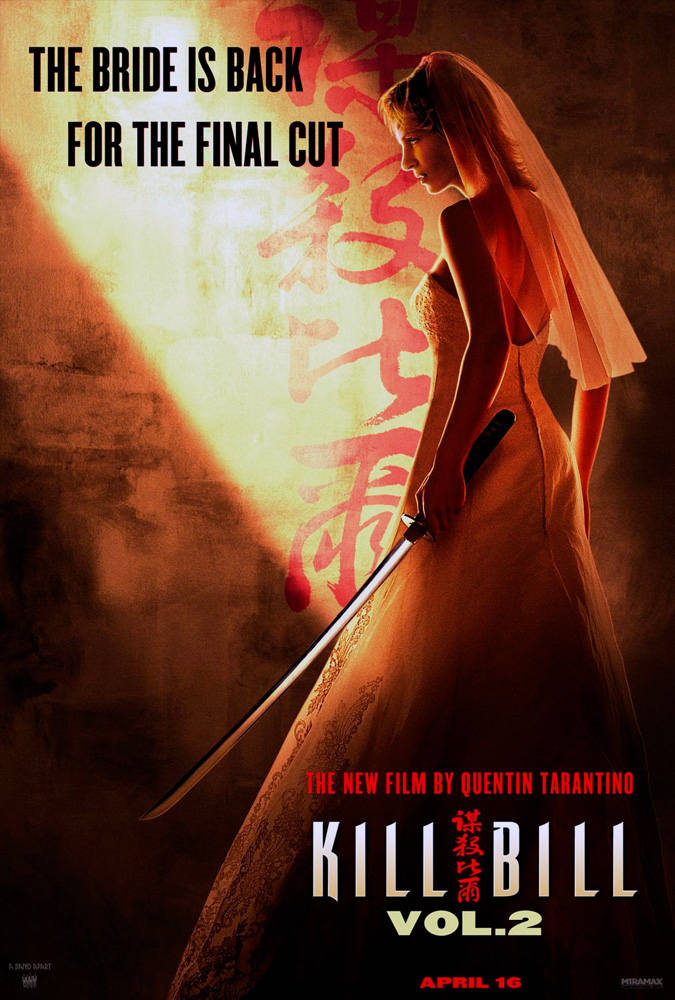