A banished MI7 agent (Rowan Atkinson) is called back from Tibetan Kung Fu training to uncover and stop an assassins' syndicate known as The Vortex. At first, he does not impress his Chief (Gillian Anderson) or the company psychologist (Rosamund Pike). However, with help from his assistant (Daniel Kaluuya) and lessons from his Kung Fu master, he starts getting the job done. Also with Dominic West, Richard Schiff, Tim McInnerny, Togo Igawa, Pierce Brosnan and Pik-Sen Lim. Directed by Oliver Parker. [1:40]

SEX/NUDITY 2 - A man kisses a woman briefly. A woman kisses a man twice and revives him from death (please see the Violence/Gore category for more details). A woman tells a man that she finds loyalty and dedication exciting (sexually exciting is implied by a brief kiss).
► A man drags rocks tied to a rope that appears to come from his rectum and we see his bare thighs and legs from the back, with a jacket covering the end of the rope and his buttocks (please see the Violence/Gore category for more details). A man in a conference follows directions that he gets through an earphone to use a gun that looks like a lipstick, but he puts on lipstick instead of shooting, causing other men in the room to stare nervously at him.
► A man lies on a couch and is not wearing trousers; we see that he is wearing brief style underwear and his bare thighs (one of them bandaged) are visible. Three women wear dresses with V-necks that reveal cleavage.
► During a confrontation among three men in a restroom, we hear a man urinate as he stands at a urinal with his back to the camera; we do not see the urine or nudity.
► A man on an airplane admires a flight attendant from the back and smiles as she walks away.

VIOLENCE/GORE 5 - A man dies while gambling when another man passes behind his chair and stabs his neck with a poisoned drink umbrella.
► TV footage is shown three times of an assassination with an automatic rifle of an African president and we see a small dot of blood on his chest; many people panic and shout and we see a bodyguard convulse and then look blankly off into space. An assassin shoots a man through the back of a chair; we see no blood but hear that he is dead. A man flies a wounded agent to a hospital in a helicopter, while various assassins shoot at the vehicle and miss; we see the agent close his eyes and die in the helicopter as it reaches the hospital. An assassin shoots a man on a golf course and he eventually dies; we see no blood.
► An agent chases a man across high rooftops, and the man jumps across open space between buildings and over traffic in the street; they fight on a dock briefly with martial arts moves (no one is injured), the man is joined by three others carrying a large chain, a long staff and a hooked spear, and the agent fights them all (his assistant appears and is knocked out onto his back).
► An agent chases a double agent by parachute, by snowmobile and by hanging onto the bottom of a ski lift cable-car into a crevasse: he gets inside and fights with the double agent, suffering no pain from crotch kicks and ending the fight with a kick to the enemy's groin; he falls out of the cable-car into soft snow as the double agent fires a handgun at him, and he shoots a rocket from a small umbrella to destroy the cable car in a mass of smoke and flames.
► A man confronts a coworker in a high-powered wheelchair, they argue briefly and the first man takes the wheelchair, steals a helmet as he passes a parked bicycle outside and speeds through city streets while police and secret service vehicles chase him; many vehicles swerve, but no collisions occur, the man is shot at, he is struck in the leg and he hops away (another man discovers three drops of blood in a trail on a floor).
► Two agents chase assassins to an outpost and one accidentally releases a large flare that attracts enemy agents; one agent punches another and pretends to shoot him, orders counteragents to place him in a body bag, once in the bag the agent hops and falls, drinks a drugged glass of liquor, and punches a woman in the nose and knocks her out. An agent tracks an assassin but attacks other people by mistake, choking them and hitting them on the head repeatedly with a serving tray; one becomes angry and hits him in the head with a tray as well (no blood is visible).
► A man escapes in a boat and an agent blows up the boat with a laser beam from a digital camera weapon. A government laboratory is full of laser beam gadgets and guns and several accidents cause holes to be shot in walls and one man's buttocks (we see a small spot of blood). A man dies as an iPad connected to him shows that he flat-lines even after CPR; a woman kisses him twice and he is revived.
► A man builds strength by dragging rocks of increasing size tied to a rope that appears to come from his rectum. A man kicks an opponent in the groin to end a fight. A man stomps on a wooden floorboard to cause the opposite loose end to strike his opponent in the groin and win a confrontation. A man is kicked three times in the groin by an enemy during a fight, without effect. A monk demonstrates "strong crotch" training by kicking a sparring partner in the groin three times without effect. Monks strike suspended heavy-bags and use a man as a battering ram on a bag (he is not harmed).
► A man attempts to assassinate a Chinese leader with a lipstick that is a gun; guards shoot at the bulletproof glass that surrounds the room where he is.
► A man in a power wheelchair speeds to an elevator beside a tall staircase on the street and finds senior citizens in wheelchairs, waiting; one tells him to get to the end of the line, he pulls a gun, and the seniors raise their hands.
► An opening montage contains scenes of explosions and black smoke and yellow flames along with several handguns. Throughout the film, we see various men and women point handguns or knives at one another. An assassin poses as a janitor, vacuums her victims' homes and then adds attachments to make the vacuum into a rifle, a Gatling gun and a sword.
► An agent suffers a twitch in his eye and meditates with his eyes turned back up in his head to cope with this stress.

SUBSTANCE USE - We hear that an assassination group uses the drug Timoxeline Barbebutenol to influence individuals to kill others after an initial manic phase, and we see two different men ingest a drug in a drink or by injection and they twitch and then become docile and compliant to orders (please see the Violence/Gore category for more details). Men and women drink beer as they gamble in a casino, a man drinks whiskey in his bedroom, we see a restaurant bar filled with liquor bottles, an airplane drink cart contains several liquor bottles, a yacht has a bar containing liquor bottles, several men and women sip from glasses of cocktails and champagne in three scenes, and a man and a woman drink wine. 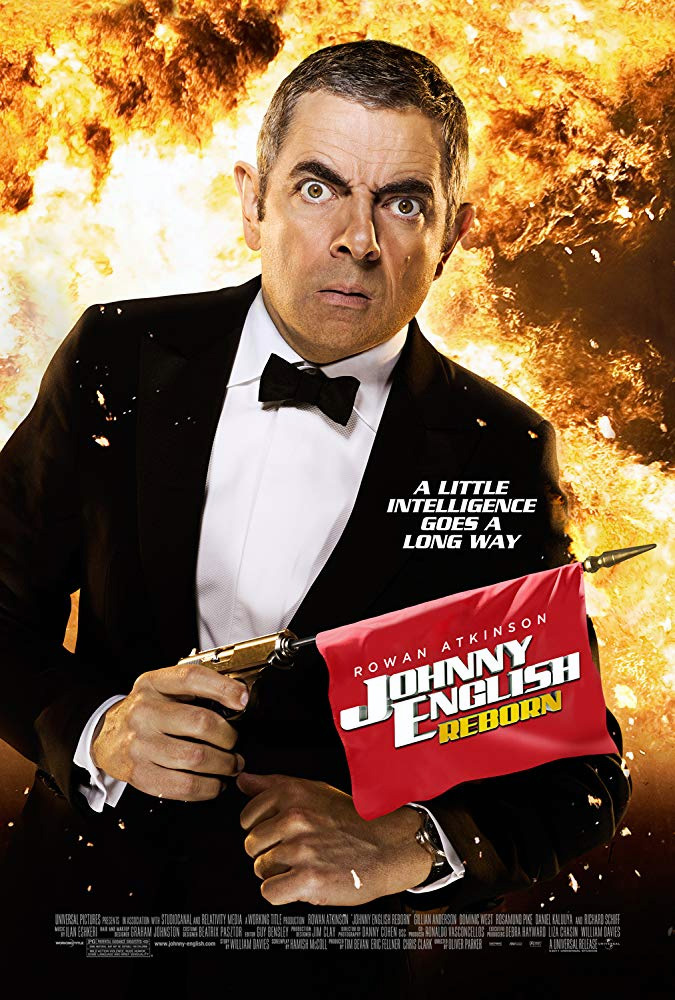