Chris Rock directs, and stars as a successful investment banker whose seemingly perfect suburban life starts falling apart when he realizes that he is bored, and he re-kindles a friendship with a beautiful woman who has more in mind than friendship. Also with Kerry Washington, Gina Torres, Cassandra Freeman and Samantha Ivers. [1:34]

SEX/NUDITY 6 - A woman wearing bra and panties (her cleavage, bare abdomen and bare buttocks are visible) greets a man when he comes into her apartment and asks him to apply some cream to her back, which he does; she then kisses him and invites him to join her in bed, he caresses her bare legs, pulls off her panties, begins to undress himself, and then stops.
► A woman opens one of her husband's e-mail messages and sees a picture of a nude woman (bare buttocks and breasts are visible) and refers to finding a pornographic website that he had been visiting.
► A man takes a Viagra tablet and we see him lying in bed next to his sleeping wife and he has an erection (a bulge is visible under the sheets and later through his pajama pants). A husband and wife kiss passionately, fall back onto a sofa, begin to undress (nothing is seen) and the scene ends (it is implied that they have sex).
► A woman takes off her top while changing her clothes in front of a man (we see her in bra and pants). A woman wearing a tank top and lace panties (we see the panties and bare legs) is lying in bed while calling a man and inviting him to lunch. Many women wear low-cut and tight-fitting dresses that reveal cleavage, bare abdomens, bare backs and shoulders.
► A man imagines his wife telling him over the phone that she cannot wait to perform oral sex on him. A man imagines asking a woman if she wants to have sex with him and she says yes, he asks another woman if he can bite her, and tells another (in crude terms) that they have an appointment for sex; then a man tells him that he'll have sex with him.
► A woman kisses a man, he kisses her back briefly and then stops. Men and women dance together in a nightclub.
► A man takes a Viagra tablet and talks about a date he has with a 23-year-old woman. A man fantasizes about having sex with other women in several scenes (we see him looking at the women and he tells us what he is thinking).
► A man buys condoms and takes off his wedding ring when going to a woman's apartment. A woman sells a man a shirt in a department store and tells him it looks "sexy" on him. A husband talking about lack of sex in his marriage describes his wife stepping out of the shower and that he doesn't even look at her anymore because there is no point. A husband and wife talk to a therapist about not having sex. A man talks about a woman being "a painting he'd love to mount." A woman asks a man if his two children are from the same mother and if he has any "side kids." A husband and wife lie in bed together in several scenes, the husband rolls over to kiss or caress the wife and she rebuts him.
► People are suspicious and disapproving of a married man's relationship with a woman that's not his wife.

VIOLENCE/GORE 4 - A man punches another man in the face, and kicks him repeatedly; then the man is himself struck by two police officers with nightsticks, and we hear two gunshots (we don't see anyone being shot but we learn later that the police officers were shot).
► A man is rushed in an ambulance while a medical staff person performs an aspiration on his penis (the man screams and thrashes as a large needle approaches him) and we see a vial filled with blood.
► A man yells at his wife about dinner and storms out of their house. In a couple of scenes people on an elevator are frightened by a man who's singing the angry lyrics of a song. During a couple of therapy scenes a husband and wife argue about not having sex. A woman on an elevator talks angrily about the way her boyfriend is treating her and others on the elevator listen.
► A man has a large scar across his face.
► A man and a woman lean out of a high rise building window, drop dollar bills on the sidewalk below, and watch people scurry to pick them up.

SUBSTANCE USE - Two women offer a man something to smoke (presumably it's a drug) and we see them smoking later. A woman drinks a bottle of wine, people drink alcohol in a club scene, and people drink alcohol in several dinner party and restaurant scenes. A woman smokes cigarettes in several scenes, and usually in places where smoking is prohibited. A man takes a Viagra tablet.

DISCUSSION TOPICS - Marriage, love, relationships, infidelity, choices, fantasies, friendship, boredom, not having sex in a marriage, emotions, family, finding "the one" vs. settling.

MESSAGE - Appreciate what you have. You can choose how you love. 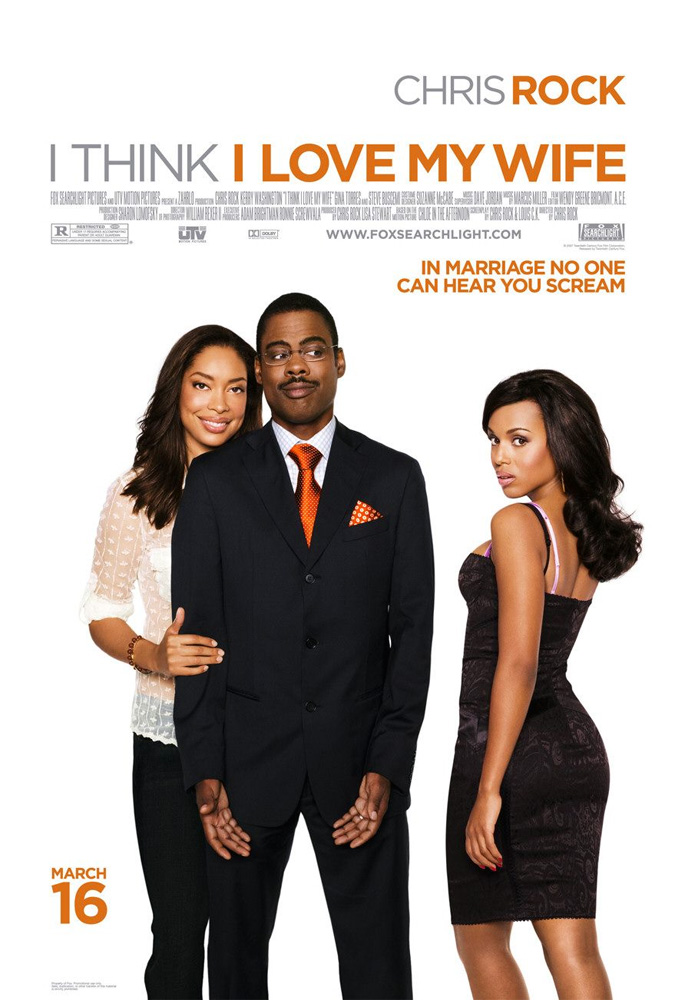