A molecular biologist (Michael Pitt) and his lab assistant (Brit Marling) study all aspects of the human eye with interesting findings. The results flirt with the ideas of having a soul and an afterlife and arguments erupt. Also with Astrid Berges-Frisbey, Steven Yeun, Archie Panjabi, Cara Seymour and William Mapother. Directed by Mike Cahill. [1:47]

SEX/NUDITY 6 - A man attends a Halloween party where women in the background wear sequined bikini-like outfits that bare some cleavage, shoulders, arms and abdomens; he sees a woman wearing a micro-mini skirt that reveals her bare legs to the thigh above a garter belt and stockings and as she walks downstairs toward the camera she says that she is from another planet and shoves the man into a washroom to have sex; they kiss passionately and he removes his trousers below frame as she removes her skirt, garter belt and stockings (we see her lower back area and the tops of her buttocks briefly), he sits on a toilet and she straddles his lap, placing her hand into his groin area below the frame as he asks if they will regret this encounter and she abruptly rises and walks off-screen, disappearing from the party. A man finds a lost love on a bus and follows her; they kiss on the sidewalk and go to his apartment where they kiss passionately in several scenes, he asks why she disappeared from a party and did not have sex with him and she evades the question; at his home, they remove shirts and her bra (we see bare backs, shoulders and arms as they kiss and the scene ends (sex is implied).
► A man and a woman lie in bed and he is wearing boxers while she is wearing skimpy panties (we see his chest along with her bare chest and breasts, abdomen, and thighs) and they kiss briefly, he lies between her legs and he proposes marriage as the scene ends. A man looks at images of his first wife on a laptop and reaches into the front of his pants, making masturbation movements; his wife finds him and becomes sad, but they kiss for a prolonged time as the scene ends. A man and a woman kiss for a prolonged time, stop, pull away and stare at each other. A man and a woman lie in bed on their stomachs, facing the camera and he is shirtless and she wears a sleeveless top. We see a man and a woman lying on a couch, clothed and talking. A husband kisses his wife's swollen belly (the rest of her is clothed). A husband dances with and kisses his wife briefly.
► We see a snapshot of a woman's bare shoulders and back, down to the tops of her buttocks and another snapshot shows her bare thigh above a stocking that she is straightening. A woman wears a series of very short skirts and shorts-skirts with hosiery and knee high boots.
► In a restaurant, a man asks a waitress what perfume she is wearing and a male friend beside him asks if he is seriously coming on to a waitress in front of his pregnant wife (he says no). A sign on the side of a bus advertises OB/GYN clinics.
► A man walks into his bathroom, facing the toilet away from the camera and reaches toward his groin, apparently ready to urinate as the camera cuts away.


VIOLENCE/GORE 5 - A man and a woman have a slight argument in an elevator that stays between floors, the man pushes open the doors and climbs out while the woman shouts in fear and then he pulls her out by her hands, and they fall to the floor; the man shouts and screams when he finds blood on his hands and the camera quickly pans back and we see her face down on his chest and in his lap on the floor, her floor-length dress soaked in blood from upper buttocks to hem and the hem lying in blood pooling to the elevator door (she is dead).
► A husband and his wife visit a lab where the wife asks the husband if he leaves her every day to torture worms; they argue and upset a tray of chemical bottles that splash into his eyes and he shouts in pain and calls out for the mobile eyewash station; the camera cuts to him sitting before the eye wash tanks, flushing his eyes and his assistant places wide gauze bandages across his eyes afterward.
► A man places two small brown mice into tiny boxes with one opening at one end and then forces the mice to watch a video screen of alternating red and green vertical bars moving left to right. A scientist places a rabbit into a small plastic cage-like container. Several Petri dishes contain worms that look dead. A tin mint can contains a moving worm and we hear that it has developed light-sensitive cells that can develop into an eye. A worm wriggles in close-up on the screen. We see a large microscope image of a mouse embryo. We see several video images of irises contracting and dozens of photos of human eyes.
► A woman tells a man they knew each other in previous lives and he counters with the statement that their atoms have known each other since the Bing Bang. A man finds a little girl with the same iris ID pattern as a woman he knew and many of the same memories. A man's infant son has the same iris ID as a dead man and during a test reacts to pictures of the man's barn, diner and wife; the baby cries and his mother pulls him out of the test room.
► A man argues with a different woman in two scenes about the existence of God; he says that God is a magical spirit that is invisible and does not exist and later yells that faith is "a [F-word deleted] lie." A man argues with his wife about her mentioning that humans might have souls. A husband and his wife discuss reincarnation and he discards the notion out of hand. We hear that a little girl in India is an orphan, living on the streets among one million residents in a 10-block radius. A woman shrieks loudly at night to demonstrate the voice of a bird.
► At a man's home, people in photographs who are smiling begin to frown as the camera cuts to him lying on his side on his floor amid some broken glass, though he is uninjured. A little girl stands in front of a closed elevator and as the doors open, she pulls away quickly, screaming in terror and crying. A woman says that a large human statue in a cemetery developed human eyes and in another scene, a man empties an urn of ashes in front of that statue. A man tells a second man that he stinks.
► A plastic and plaster medical study torso shows inner organs of a man; several organs fall out and to the floor; in a dream sequence, the torso leaks blood onto a table.

SUBSTANCE USE - A laboratory features several bottles of colorless liquid chemicals, a man uses a large flushing station to clean spilled chemicals out of his eyes (please see the Violence/Gore category for more details), a man handles a vial of clear medication and a hypodermic needle (suggesting that he injected himself, although we do not see the action), a man picks up a prescription for his wife at a pharmacy, and a man swallows an unknown tablet with water at his kitchen sink. A woman and two men drink tall glasses of ale into which they drop cubes of something unknown, three people drink short glasses of unknown light-amber colored alcohol, a man drinks a bottle of beer at home, a man drinks a short glass of unknown liquor and his coffee table contains two dozen empty beer cans, a woman sits beside a large glass of wine on her nightstand, and a woman says that she does not drink alcohol. A man smokes a cigarette on a balcony, a man smokes a cigarette in bed, a man smokes a cigarette and his girlfriend takes it from him and smokes before giving it back.

MESSAGE - Faith cannot be explained away by science. 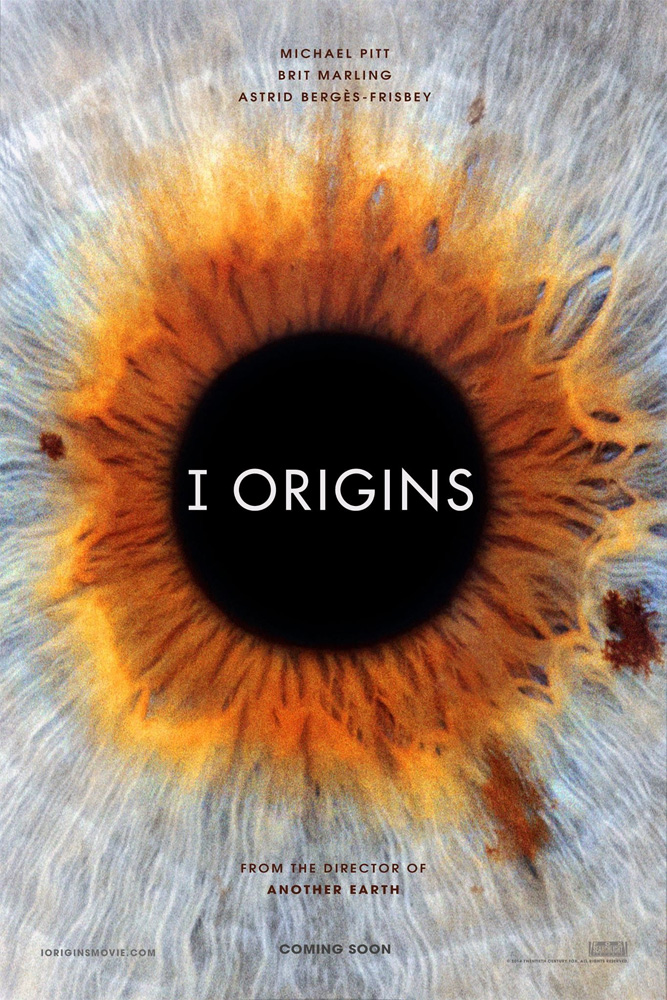