Why is “Hubie Halloween” rated PG-13? The MPAA rating has been assigned for “crude and suggestive content, language and brief teen partying.” The Kids-In-Mind.com evaluation includes a few kissing scenes, sexually suggestive references, several jumps scenes in nighttime sequences, many scenes of a man being bullied and pummeled with a variety of foods and excrement, several people tied up and nearly set on fire, many arguments, and strong language. Read our parents’ guide below for details on sexual content, violence & strong language. A shy man (Adam Sandler) is ridiculed by townspeople in Salem, Massachusetts, since he spends each year making sure they practice Halloween safety. During one Halloween, he must also solve the case of an escaped mental patient (Rob Schneider) and a strange next-door neighbor (Steve Buschemi), as city leaders fail to take him seriously. Also with Kevin James, Julie Bowen, Maya Rudolph, Tim Meadows and Ray Liotta. Directed by Stephen Brill. [Running Time: 1:43]

– A man and a woman eat opposite sides of a sandwich sloppily while moaning and then kiss each other for several seconds. We hear a man and a woman on a phone with heavy breathing, slurping and moaning, saying they are eating spaghetti and meatballs. A man and a woman kiss TV screens, with the woman sticking out her tongue to lick the screen. A man and a woman tell each other, “I love you” and have always loved each other since first and second grade; the scene cuts to the couple standing on a porch, embracing and kissing for a few seconds, twice.
► A woman’s husband asks her if she is turned on after he does several Halloween pranks, like licking the fingers of his costume’s rubber monster-hands, and scaring a man while wearing a Frankenstein-like costume; she always says no. A woman wears T-shirts with sexually suggestive phrases in several scenes (e.g. “It’s not going to lick itself,” “I shaved my balls for this?” and “Happy Halloweener.” A woman and her adult son use a sexually suggestive term (“boner”) several times as meaning “mistake” and townspeople of all ages laugh at them for not knowing that the word also means sexual arousal.
► A man tells a group of people that his wife is sexually unsatisfied, never has sex, and a neighbor does not have much sex. A man walks between a teen couple so that the boy and the girl cannot kiss each other at a party. A twenty-something woman asks an older man if he is hitting on her and he says no and leaves the scene angrily, as she laughs. A man speaks with a high-pitched voice on a radio program and his wife’s voice is deep.
► A woman wears a clingy mini-dress that hugs her bosom and reveals bare legs to middle thighs. Two teen girls wear leather mini-skirts and several girls (including a six-year-old) dress like the anti-hero Harley Quinn with midriff-baring crop tops with legless shorts and sheer pantyhose. A man sits on a toilet and we see him from the waist up and in another bathroom scene he is shown seated on the toilet with his thighs and lower legs visible and a long shirt covers his groin and buttocks.

– A man uses an inhaler and snorts out mist, as if he is smoking. A woman mentions Chardonnay twice, a man in a studio mentions Chardonnay (none is seen), a man says he doesn’t drink beer, a woman sits in a dark room with a bottle of wine on a side table beside a glass of the wine, and a teen boy pours two small bottles of bourbon into punch (we don’t see anyone drink). A man takes a lighted vape E-cigarette away from a teen boy before the boy can smoke it, and a man calls out “Smoke ’em if you got ’em” but no one smokes.

– It is better to be kind than to be cool. 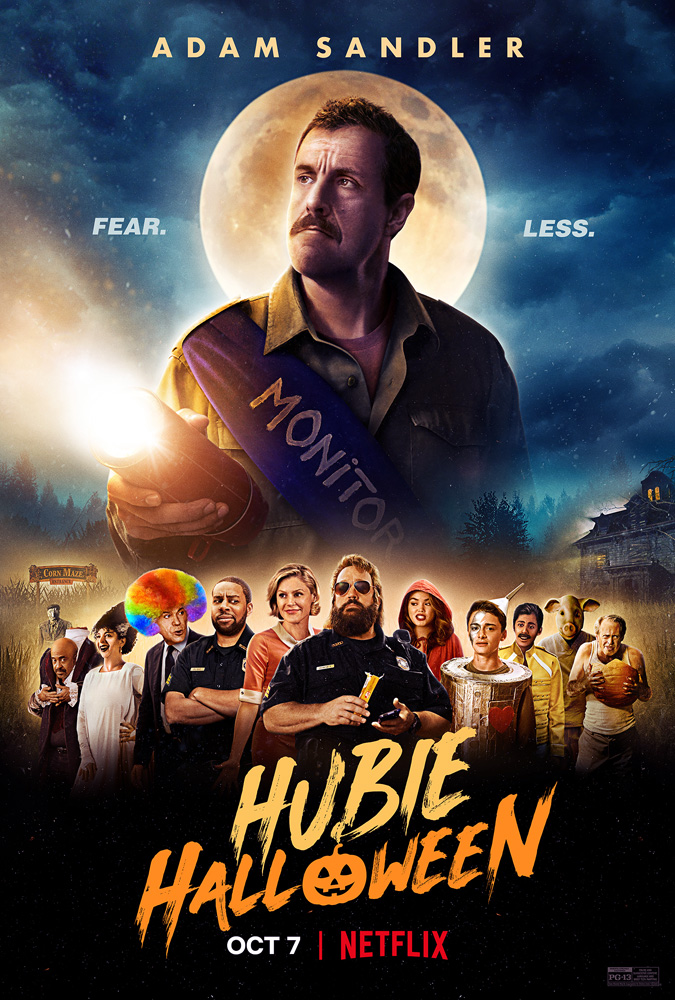