Ensemble drama with several plotlines: Lisa Kudrow is a woman who many years ago gave up her baby boy for adoption, and a documentary maker insists that he knows who her son is but he won't tell her his name unless she agrees to allow him to film the reunion; Maggie Gyllenhaal fills in with a garage band while its lead singer is in rehab and works her way into the life of the father of one band member; and Steve Coogan and David Sutcliffe are a gay couple who suspect that a lesbian couple, played by Laura Dern and Sarah Clarke, that used one of the men as a sperm donor, has lied to them about how successful the donation was. Also with Jason Ritter, Jesse Bradford and Tom Arnold. Directed by Don Roos. [2:08]

SEX/NUDITY 8 - A woman takes off her shirt (we see her in her bra) in front of a young man, kisses him and she persuades him to have sex with her: she lies back on a bed, he climbs on top of her (we see her bare breasts and his bare chest) they kiss, she rolls over and he thrusts (she has been told that he is gay and suggests that he try sex with her and then decide on his sexual orientation).
► A younger woman remarks to an older man that she is interested in him; they kiss, we see them in bed, she straddles him and thrusts (we see her bare breasts).
► Two young men kiss passionately, they lie back on a stage and continue to kiss and caress each other. We see a couple of brief scenes of a gay porn movie, with two nude men (we see their bare chests) kissing and caressing each other.
► A woman lies on her stomach and a man massages first her back, until she rolls over (her bare breasts are exposed), and the man starts massaging her front (he reaches under the sheet that is covering her) and she moans.
► A young man gets out of bed in his jockey shorts, he answers the door to a woman and they talk while he is still in his underwear, he kisses her, and she remarks about his apparent erection (we do not see anything).
► A woman sunbathes in a tiny bikini, a woman wears a low-cut top that reveals cleavage, and a woman wears short shorts that reveal bare thighs.
► A man and a woman hug, and a man and a woman kiss. A woman caresses a young man's face tenderly while he sleeps.
► A woman takes off her shirt to change (we see her bare back) a man walks into the room and she turns around to face him. A man and a younger woman sleep in bed together (we see their bare shoulders).
► A young man takes a video of himself reaching into his pants and revealing his private parts (we do not see anything) as a woman watches.
► A man calls himself Mr. Fingers and describes his technique for sexually satisfying women (using his fingers), and a man talks about his sexual effectiveness with women. A man talks about being a "sex worker" and that he gives wealthy women "full sexual massages." A man talks about having gotten a girl pregnant when he was young and that he had a vasectomy. We hear that a man had an affair.
► Two gay men talk about never wanting to have a three way. A man asks another man to go out on a date, and two men dance together. People talk about a young man being gay, he denies it and is uncomfortable about admitting that he is.

VIOLENCE/GORE 4 - A woman runs along a street, through woods, down a hill and into another street where she is hit by a car: she is thrown onto the hood of the car and back onto the ground (we see her unconscious on the ground with blood on her face and head, we then see her bandaged in the hospital).
► A man punches a younger man, he falls to the floor, the younger man pulls a gun, the two men struggle over the gun, the gun goes off, a computer is shot, and the man holds the gun on the young man and a woman. A young man holds a gun on a man and a woman.
► A woman slaps a young man in the face and they argue, a young man blackmails a woman, a woman threatens to turn a young man in to the police.
► A man backs his car into a woman's car (no one is injured). A woman drives through a line of protesters at an abortion clinic. A woman has an abortion (we see her lying on a table being prepped).
► We hear that a man's wife died of ovarian cancer. We hear that a young man has a gun in his car. A man lies about his partner having a neurological disease.
► A man and a woman search a young man's hotel room and find dirty clothes, used toilet paper, stale food, etc. 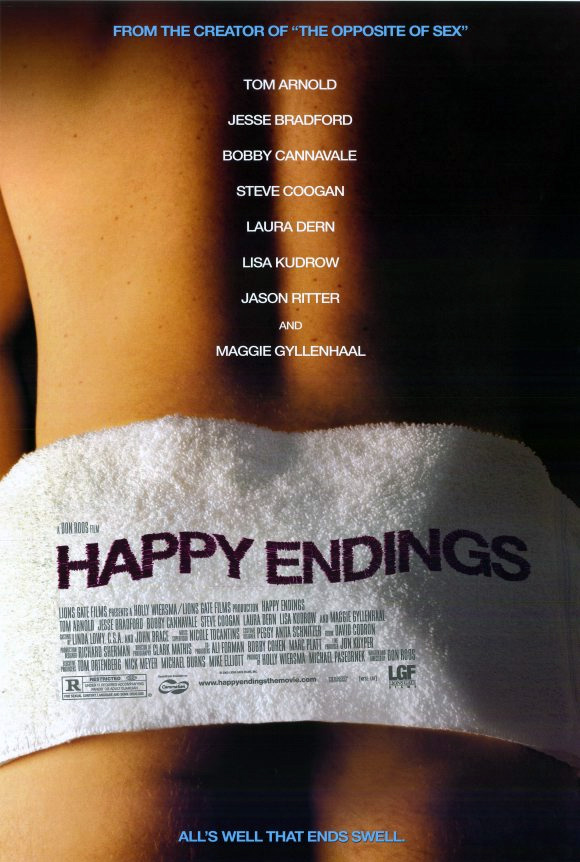