Robert Altman ensemble film about a crowd of nobles and socialites gathering for a shooting party at an English estate in 1932. We follow the lives of both the servants and their lords and ladies, as the former keep the household running despite petty problems and complications caused by the latter. The gathering becomes particularly eventful when a murder is committed and an inept detective shows up. With Emily Watson, Derek Jacobi, Maggie Smith, Kristin Scott Thomas, Kelly Macdonald, Clive Owen, Stephen Fry, Ryan Phillippe, Jeremy Northam, Helen Mirren, Michael Gambon, Alan Bates, Richard E. Grant, Eileen Atkins, Bob Balaban, Charles Dance and James Wilby. [2:18]

SEX/NUDITY 5 - A man grabs a woman, kisses her, pushes her on a bed and tries to force himself on her. A man and woman have sex; we see him standing in front of a table and see her legs around his waist with some thrusting and then see them pulling their clothes back on (we see his boxer shorts briefly). There is another similar sex scene where we see a man and woman dressing after presumably having had sex in a storage room. A man grabs a woman and kisses her (he's wearing a tank T-shirt), and a man and woman kiss. A woman makes a veiled invitation to a man to come to her room for sex and he does. A man goes to a woman's door with a bottle of alcohol suggesting a sexual encounter but nothing happens. A man caresses a woman's abdomen and tries to get close enough to kiss her but she moves away. A man brushes a woman's clothed chest supposedly to remove dog hairs but there is a sexual undertone. A man unfastens a woman's dress. Another man tries to lean in to kiss a woman. We see a nude woman in a bathtub and her bare back is exposed. A woman wears a slip which reveals some cleavage and bare shoulders. Women wearing evening gowns reveal bare backs, shoulders and cleavage. There is some veiled homosexual innuendo: a man says to another man "you won't get to see him in his underdrawers," and a man asks his male servant "will I see you later?" A man adjusts his crotch. We see a couple of nude cherubs on a ceiling. A very drunk man is carried to bed by two women who talk about having to undress him.

VIOLENCE/GORE 4 - A man is stabbed in the chest and slumps over onto a desk; we see the knife and a bit of blood on his shirt later. During a shooting party a man is nicked on the ear by a stray bullet. Men shoot many pheasants out of the sky and we see them being hit, then plummeting to the ground and some are fetched by dogs (a couple of times they come close to landing on bystanders). A woman discovers a dead body and screams; other people come to investigate and a woman faints. A woman talks of her infant son having died, and there are references to a man having been poisoned. A man and woman argue bitterly several times. A man spills hot coffee on a man's lap. A woman kicks a dog and he whimpers. A man drops a glass and it shatters, and a man knocks a coffee cup on the floor and it breaks. A woman insults her husband in front of a group of people. A coffin is loaded into a truck. We hear a woman sobbing behind a closed door.

SUBSTANCE USE - People are shown drinking alcohol and smoking.

MESSAGE - Sometimes you have to do things you don't want to do. Some people are lucky and some are not. Many nobles are needy nitwits and far less intelligent and competent than their servants. 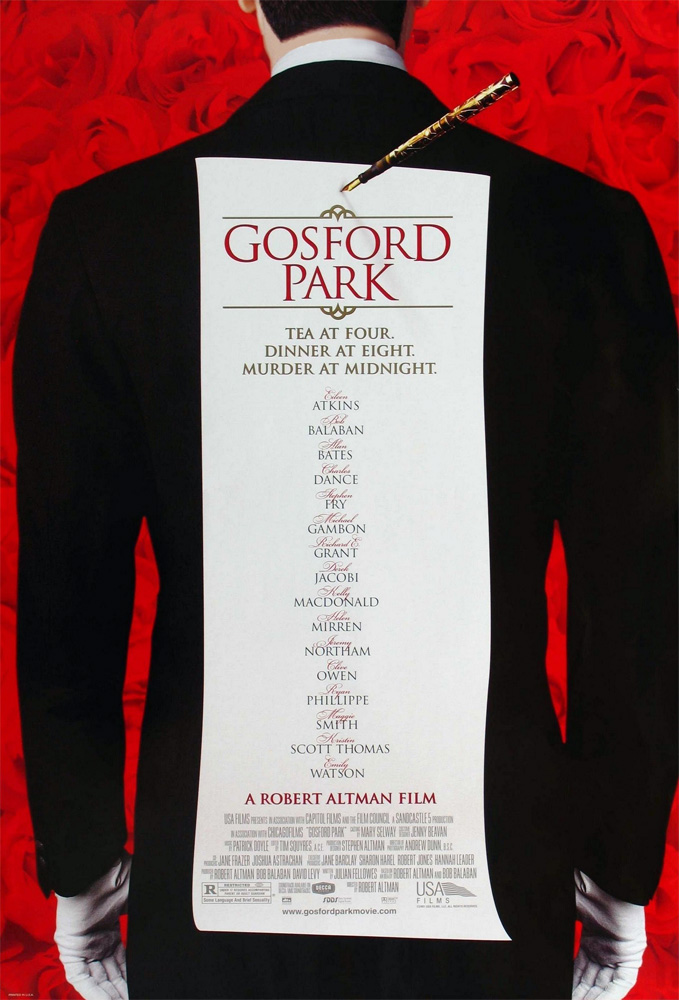