A man (Dane Cook) comes to the realization that he may not be able to have a long-lasting romantic relationship with anyone because of a curse placed on him by a girl with whom he refused to have sex when he was a teenager. However, all of his ex-girlfriends seem to end up finding their perfect match right after breaking up with him. Suddenly he becomes popular with women who want to date him and dump him so they can then find the man of their dreams, while he falls deeply in love with a woman (Jessica Alba) he's desperate not to lose. Also with Dan Fogler, Michelle Harrison and Ellia English. Directed by Mark Helfrich. [1:36]

VIOLENCE/GORE 4 - A woman strikes her head on a light fixture, flinches, tips a tray of medical instruments, and two scalpels strike a man in the back (we see them sticking out of his back and we see bloody spots on his jacket).
► A woman throws a fish at a man, he throws it back at her, and she slips down an icy ramp and falls into a penguin pool striking her face on a ledge as she falls (we see her with a bloody mouth and a chipped tooth). A woman slaps a man in the face when she realizes that he is pretending to be someone else. A man strikes another man repeatedly using an inflatable penguin.
► A man is shocked and flung back onto the ground while trying to jumpstart a woman's car (he's OK). A bouquet of flowers is thrown in the air, it strikes a bird, and the bird drops dead on a girl's dinner plate and she screams. A woman walks into a light pole, and she strikes her head and falls back onto the ground (she's OK). A man throws a Frisbee twice, once striking a boy on the head and another time striking an elderly woman. A man falls into a penguin pool and is handcuffed and arrested. A woman bumps into a server who spills a tray of drinks. A woman tips a table, its contents spill on a man's lap and another man says that the stain resembles a bodily fluid. A woman stumbles into an easel. A woman slips and falls in a couple of scenes.
► A man and a woman kiss and we see their tongues stuck together from frigid air.
► A woman breaks the glass panel of her front door to get inside.
► During sex a woman is verbally abusive to a man, while telling him what to do. Two men make fun of a woman because of her size and poor personal hygiene.
► A penguin defecates and then eats the dung (we see the goo). We see an obese woman in a bikini with large sores on her skin. An obese woman eats food aggressively and ends up with some food on her face. We see two breast implants in a glass box mounted on a wall (they are said to have belonged to actress Pamela Anderson).
► A teenage girl puts a "hex" on a teenage boy.

SUBSTANCE USE - A man smokes marijuana using a snorkel and mask, a man talks about "taking 5 tokes from my bong," and a woman threatens to hide a man's stash. A man drinks many shots of alcohol, people are shown drinking alcohol at a wedding, a woman drinks a glass of wine, and men are shown drinking beer in a bar scene.

MESSAGE - Finding love is a gift. 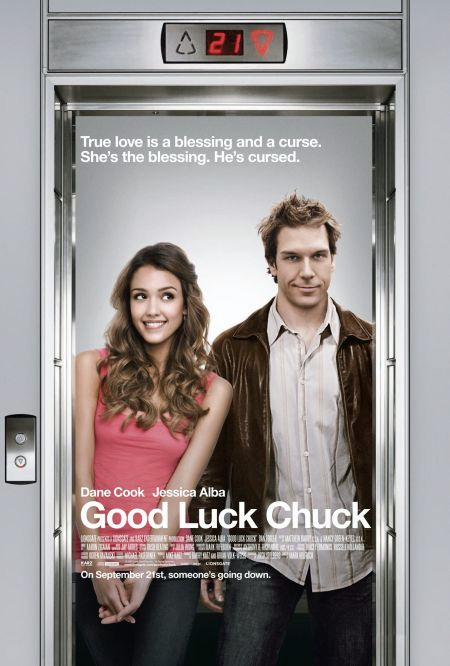