Why is “Good Boys” rated R? The MPAA rating has been assigned for “strong crude sexual content, drug and alcohol material, and language throughout — all involving tweens.” The Kids-In-Mind.com evaluation includes a couple of kisses and hand-holding, discussions of pornography and sex and evidence of the use of sex aids; a bicycle accident ending in the injury of a preteen boy, several near accidents involving preteen children, people being struck with paintballs, arguing, bullying, and property damage caused by a drone; and over 60 F-words and other strong language. Read our parents’ guide below for details on sexual content, violence & strong language.” Three sixth grade boys (Jacob Tremblay, Keith L. Williams and Brady Noon) plan to attend their first make-out party, and since they don’t know how to kiss, to prepare one boy takes his father’s drone so that they can spy on teen couples in the neighborhood. The plan backfires when the drone is destroyed and one bad decision leads to another as the boys get in a lot of trouble. Also with Will Forte, Molly Gordon, Lil Rel Howery and Midori Francis. Directed by Gene Stupnitsky. [Running Time: 1:29]

– A teen girl runs after preteen boys on bikes and one boy sails over a bench to crash into a truck; his arm hangs as if the shoulder is dislocated and he groans as two other boys slam him into a dumpster, hurting his other arm as he screams; they lie him on the ground, put a BDSM gag ball in his mouth to bite on and yank the dislocated arm into place as the injured boy screams.
► Three preteen boys argue with fraternity house boys while air horns blare and people shout in another room; one boy shouts and fires a large paintball rifle hitting young men in the faces, groins, buttocks and backs with paint blobs; another boy breaks large paddle boards over two men’s backs, and downs another man with a bong to the head, dropping him off-screen (likely unconscious); a boy yells that he just killed a man and a third boy steals a vitamin bottle and the three preteens escape (one of the boys was punched in the cheek and has a large bruise under one eye).
► Three preteen boys run across a busy 6-lane highway, screaming, while narrowly avoiding being struck; one boy drops a beer bottle, picks it up, and three cars crash together behind him, causing damage and a driver yells at the boy as he runs away; a dressed party doll is thrown through a broken windshield and falls to the pavement, scattering glass.
► Three preteen boys send a drone to spy on two teen neighbor girls who grab it angrily and the boys demand it back, are denied and grab a purse (please see the Substance Use category for more details); everyone argues and the boys run away. Three preteen boys and two teen girls argue as a drone crashes into a school bus, breaking to pieces. Three preteen boys argue loudly for several seconds and two of the boys push each other as the third one yells at them. A preteen boy’s father calls him, yells at him and we hear that the boy is grounded from everything, including holidays, birthdays, and summers, and that he is no longer his dad’s son; the dad says, “I no longer like you.” A preteen boy cries in several scenes as his former friends make new friends.
► A middle school has a corps of several children that wear yellow vests and are called the SCAB; they blow loud police whistles when anyone yells for help with a bully, they tell the bully to back off and they surround the target, marching him or her into the building safely while chanting (we see this happen twice). A preteen boy wearing a devil’s mask stands outside a friend’s window at night, making him scream.
► A preteen boy flies a drone by remote control four miles to his home, down the chimney, and through the house; it wrecks glass vases, lamps, a chandelier, a shelf of what might be wine bottles (we see some breakage and red liquid), framed pictures, a laptop and important papers. A preteen boy throws a bottle of beer in some glass and later breaks a flower pot in a yard. A preteen boy steals a bottle of beer from a store and hides it in his jeans, where the bulge looks like a part of his anatomy and a police officer makes him return the bottle. A preteen boy hits himself in the head with a string of anal beads and falls down. A preteen girl sneezes on her arm; we see the spray and she waves her dental retainer in the air.

– Three preteen boys steal a purse that contains Ecstasy/Molly that the boys call “sex drugs” (we never see the drug), a young girl says that she knows what cocaine is, a preteen boy in a play pretends to snort cocaine through a licorice tube, a man sniffs something unseen from his hand (his underarms are drenched in sweat), a few bongs are seen on a table in a fraternity house and a young man lights one and puffs smoke in the face of a preteen boy who complains of being high, three preteen boys demand to buy Molly and argue with fraternity brothers before stealing a vitamin bottle containing the drug, and two teen girls are seen staggering and slurring their words implying that they have taken a drug (we do not see them take it). A school bully tries to make a sixth grader drink warm beer unsuccessfully, four underage boys sip warm beer as they grimace, a preteen boy says that another boy’s father has two DUIs and must ride the train, a preteen boy steals a bottle of beer from a store and hides it in his jeans and later drops it while running through traffic (please see the Violence/Gore category for more details), a preteen boy takes a bottle of beer to a party and takes four sips from it in front of friends as he shouts that he’s an alcoholic, and dozens of empty beer cans are shown on tables and floors in a fraternity house while two young men drink from beer cans.

– Puberty is a confusing time of change. 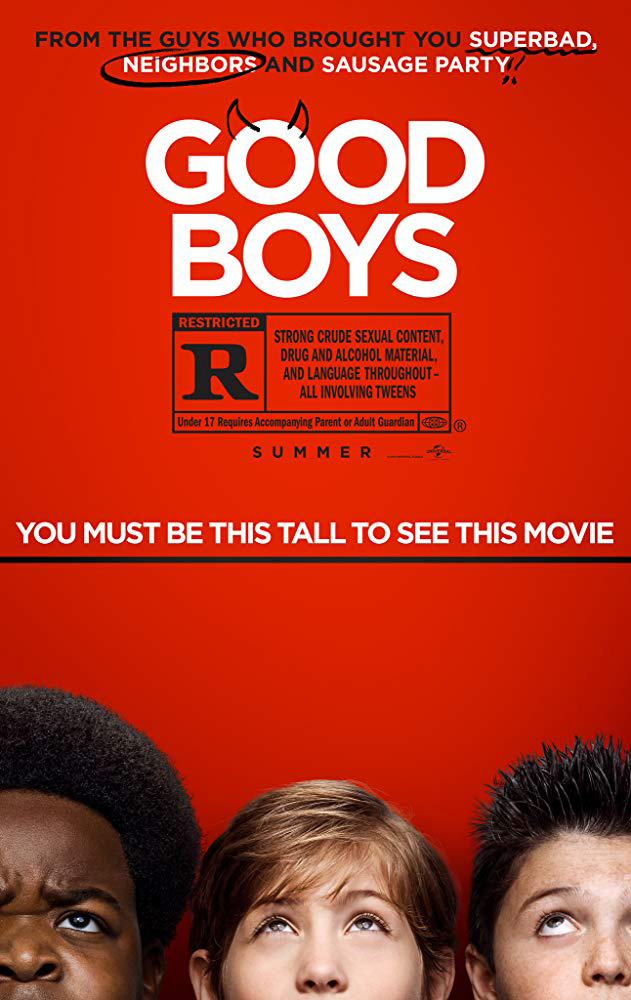